Shares of Foot Locker Inc. (NYSE:FL) were down 26.3% as of 2:30 p.m. EDT Friday after the footwear retailer announced disappointing second-quarter 2017 results. More specifically, for its fiscal second quarter ended July 29, 2017, Foot Locker's revenue declined 4.4% year over year, to $1.7 billion, including a 6% decline in comparable-store sales.

On the bottom line, that translated to GAAP net income of $51 million, or $0.39 per share, down from $127 million, or $0.94 per share in the same year-ago period. On an adjusted (non-GAAP) basis -- which excludes a $50 million litigation charge related to a lawsuit against the company regarding the conversion of its pension plan in 1996 -- earnings were $81 million, or $0.62 per share.

Even so, analysts' consensus estimates called for adjusted earnings of $0.90 per share on higher revenue of $1.8 billion. 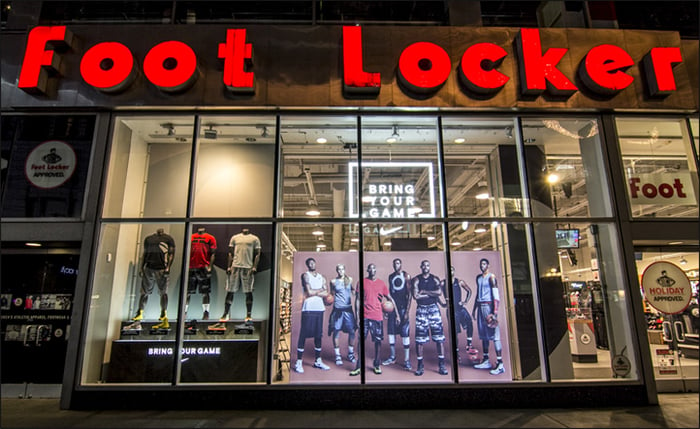 According to Foot Locker chairman and CEO Richard Johnson:

While we believe our position in the market for premium sneakers remains very strong and our customers continue to look to us for compelling new athletic footwear and apparel styles, sales of some recent top styles fell well short of our expectations and impacted this quarter's results. At the same time, we were affected by the limited availability of innovative new products in the market.

That said, Johnson also insisted Foot Locker is striving to adjust its business to better suit today's difficult retail industry, noting consumers are more quickly moving "from one source of inspiration to another." The company's efforts include working with vendors to more quickly capitalize on new trends, reprioritizing capital expenditures, and implementing additional expense-reduction initiatives.

These actions might well be exactly what Foot Locker needs to return to sustained, profitable growth. But given its relative underperformance in the meantime -- and even with the stock down more than 30% year to date before this report -- it's no surprise to see Foot Locker shares touching a fresh 52-week low today.