Netflix (NASDAQ:NFLX) has sucked almost all of the air out of the room in the streaming business, building a $72 billion market cap in the process. And for good reasons. The company has 104 million global subscribers and is building a content giant that it hopes will be able to withstand every other content company launching their own streaming platforms.

There's no question that Netflix has built a big business, but it hasn't been terribly profitable, netting $363 million in income over the past year for a P/E ratio near 200. On top of that, it has $15.7 billion in streaming content obligations and $4.8 billion in long-term debt. Those could become problems as competitors begin to offer more compelling content, and Hulu -- which is owned by Disney (NYSE:DIS), Twenty-First Century Fox (NASDAQ:FOX), Comcast (NASDAQ:CMCSA), and Time Warner (NYSE:TWX) -- and Disney are the two to watch over the next couple of years. 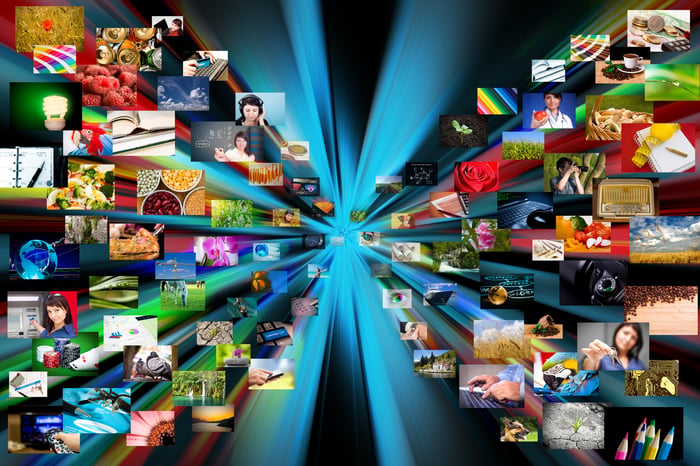 When Hulu was launched, it was primarily a place to watch network content the day after it aired. Since then, it has added a commercial-free option, its own content, and now live television channels. It is even offering premium add-ons like HBO, Showtime, and Cinemax. Netflix may be the biggest name in streaming, but Hulu arguably has better content, and the option to have live TV could be a game changer.

Hulu's position is key because it's the aggregator that makes cord-cutting possible for millions of Americans. Its core streaming and content business is a great foundation, but with TV content and key premium add-ons, customers don't have to sign up for a dozen different services now. Hulu brings them together in one easy-to-use app across multiple viewing platforms.

Re-watchability is where Netflix is lacking

Netflix has had an incredible amount of success making binge-worthy shows on its platform, but are they rewatchable? House of Cards, Orange is the New Black, Master of None, and almost every major standup act are where the company has seen its most original content success. I've watched most of the major launches, but I have no interest in watching most of these shows ever again. How much of Netflix's content is really rewatchable?

The content mix on Netflix could change, but it's starting from a very small catalog, whereas Hulu is drawing from major studios, and Disney will have thousands of hours of content when it launches its own streaming platform in the next two years. And if estimates are correct, Disney accounts for around 30% of Netflix's viewership, so the loss of the house of mouse will be big.

If Disney brings its entire library to a stand-alone streaming service, it will have dozens of movies and TV shows that are rewatchable, plus new content that comes out as it's released. I would argue that the Disney family of content would be far more valuable than all of Netflix's content today, especially after Netflix loses Disney's content in 2019.

Netflix is trying to become Disney, but it's decades behind in content and I think the fact that it doesn't own extremely rewatchable content or live TV deals will be key. From a studio standpoint, it looks more like AMC, which is reliant on the latest hit to attract viewers, rather than the House of Mouse.

Netflix is no Disney

The other very questionable comparison people are making between Netflix and Disney is comparing Netflix's recent acquisition of Millarworld to Disney's acquisitions of Marvel, Pixar, or Lucasfilm. This is silly for a number of reasons.

The other valuable advantage Disney has over Netflix is its theme park business. In the most recent quarter, Disney's theme parks generated $4.9 billion in revenue and $1.17 billion in operating income, compared to $2.8 billion in revenue and $128 million in operating for Netflix as a whole. The theme parks are a key for Disney because they give another revenue stream to studio content. When a movie goes through the theater, DVD, streaming, and then TV cycle, it isn't left for dead -- it can become content for a ride or an entire park. This waterfall effect is why Disney could make more money off of Pixar, Marvel, and Lucasfilm than anyone else. And it'll give the company a big advantage over Netflix in making a profit off the content it already owns and created each year.

Competition is coming at Netflix

I don't think Netflix is in danger of losing its 100 million-plus subscribers because Hulu, Disney, and others are improving their streaming options. But it could turn it from a "must have" for cord-cutters to just another option. That will limit its ability to increase prices and, in turn, monetize the billions in content it has already agreed to pay for.

My TV is already tuned to Hulu more than Netflix these days, and when Disney launches a platform with all of its classic cartoons up to the latest Marvel movies, Netflix may move to No. 3 on my digital dials. That's not the position a $72 billion streaming-only content company wants to be in.