There are two pure-play ways to own stock in professional sports teams -- and the Green Bay Packers are neither one of them.

In 2011, fans of the Green Bay Packers were offered the chance to buy shares in their favorite professional sports team. This was the first time Packers "stock" had been opened to investment in 15 years, and only the fourth time this had happened in history. Unfortunately for investors, it was an exceedingly bad deal.

Unlike stock in profit-making companies, Green Bay offered sports fans no share of the Packers profits, nor any chance to profit from the enormous growth in the price of the shares. $10,000 worth of Green Bay Packers shares bought at their first sale in 1950 would have grown in value to $100 million by 2011 -- but because the team reserved a right of first refusal on the shares, and set a buyback price of $0.025 per share, Packers fans were guaranteed to lose money on any resale of their stock. 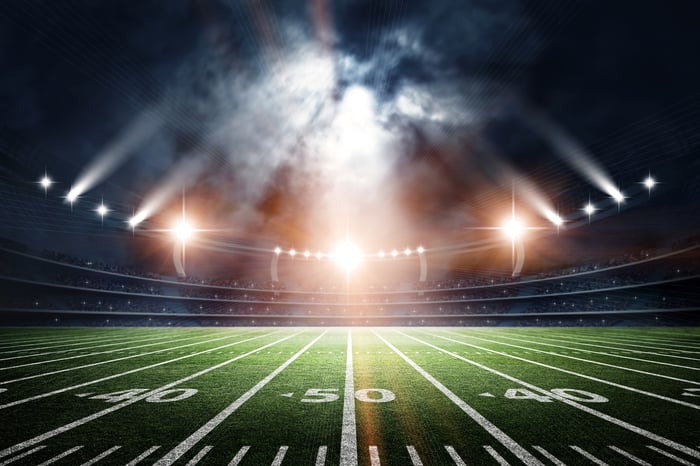 Friday Night was lights out for profits on Green Bay's offering of Packers stock. Can sports investors do better? Image source: Getty Images.

Luckily for investors, the markets offer better ways to invest in sports. A whole series of publicly traded, for-profit companies own interests in professional sports teams that investors can profit from, including Rogers Communications (RCI 0.49%), which owns the Toronto Blue Jays and has a minority interest in both the Toronto Raptors and Toronto Maple Leafs; BCE (BCE -0.22%), which also owns a minority interest in the latter two teams; and MSG Networks (NYSE: MSGN), which owns the New York Knicks. Let's focus today, though, on the two most obvious ways to invest directly in sports teams: pure play sports franchise owners Manchester United (MANU -2.93%) and The Liberty Braves Group (BATRA -2.05%).

Less than a year after the Green Bay Packers announced their most recent "stock" offering, British Premier League standout Manchester United became the first professional soccer team to list on the NYSE. In the five years since going public at $14 a share, Man Utd's stock has soared as high as $19.32 a share and fallen as low as $12.25 per share, and today sits at $16.81 -- 20% above its IPO price. 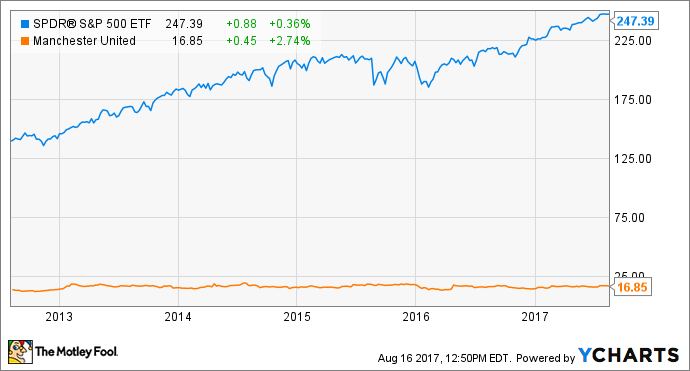 Still, the 20% profit from a Manchester United investment is 20% more profit than any Green Bay investors have reaped from their shares. Data from S&P Global Market Intelligence confirm that Manchester United remains solidly profitable and free cash flow positive. With its shares now paying a 1.1% dividend, sports investors in this team can count on steady income from their investment going forward.

Based in Englewood, Colo., Liberty Braves owns a professional sports team several states away from its headquarters: major league baseball franchise the Atlanta Braves. Liberty Braves also owns the Brave's baseball stadium, and a nearby mixed use development project.

After three straight losing years, the Braves are trailing again in the National League East this year. 2017 doesn't look it's going to be the Braves' year either -- for either the team or the stock. Tracking the team's losing record on the playing field, Liberty Braves has lost money and burned cash for three years straight. And this year alone, Liberty Braves has already racked up $51 million in GAAP losses, and burned through $159 million in negative free cash flow.

Analysts tracked by S&P Global predict at least two more years of Liberty Braves losing money. There's no prediction for 2020, though so ... if you want to place a bet on the stock -- or on the Braves winning the pennant -- 2020 might be your best shot.