It may come as a surprise to many people, but the most popular sector for hedge funds to invest in is the financial sector. According to a WalletHub report based on analysis of the most recent SEC disclosures filed by more than 400 hedge funds, about 25.3% of hedge fund assets were invested in financial stocks at the end of the second quarter of 2017.

It probably won't come as a surprise that technology is the second-largest sector for hedge fund investments. After all, most of the largest companies in the market are tech stocks, and many tech companies have performed tremendously well in recent years. 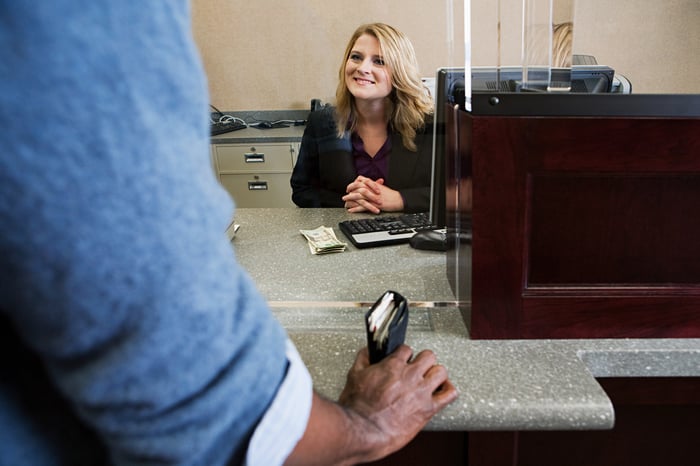 Here's a full breakdown of where hedge fund assets are invested:

Hedge funds own more financial stocks than those of any other sector, and five financial stocks are among the 25 largest overall holdings. Here's a closer look at these five stocks, and why hedge fund managers might like each one.

Berkshire Hathaway (NYSE:BRK.A) (NYSE:BRK.B), the conglomerate led by billionaire investor Warren Buffett, is the second most popular hedge fund stock of all (not surprisingly, Apple is No. 1). Berkshire has dozens of subsidiary companies in a variety of industries, as well as more than 40 different common stock holdings, but it is a member of the financial sector since its core business is insurance.

There are several reasons why hedge fund managers might invest so much of their money in Berkshire. For starters, the company is like a diverse investment portfolio all in one stock. Berkshire has substantial operations in insurance, utilities, consumer goods, construction, and more. The business model which uses cash flow from the company's subsidiaries to fund other value-adding acquisitions and investments has a long track record of producing market-beating returns. Also, it's difficult to make the case against having Warren Buffett making investment decisions with your capital.

The fifth-largest hedge fund holding of all, Wells Fargo (NYSE:WFC) has had quite an interesting year, mainly as a result of its "fake accounts" scandal that came to light in September 2016.

Wells Fargo is consistently the most profitable of the big four banks in terms of return on equity (ROE) and return on assets (ROA), and also has demonstrated excellent risk management over time. In addition, thanks to the scandal and a few other lingering legal issues, Wells Fargo has significantly underperformed the rest of the financial sector, so hedge fund managers may see it as a bargain right now.

Although Bank of America (NYSE:BAC) isn't quite as cheap as it was for most of the past few years, it's still one of the most cheaply valued bank stocks in the market. Since the financial crisis, Bank of America has done an excellent job of getting rid of its risky assets, boosting profitability and efficiency, and embracing new banking technologies.

Despite all of the improvements and higher stock price, Bank of America still trades for less than its book value, which could be the reason hedge fund managers find the stock so attractive.

American Express (NYSE:AXP) has some excellent attributes that could explain why hedge funds have a large amount of assets invested in the stock. For starters, the company has an extremely valuable brand name, a diverse and unique assortment of products, and a more diverse revenue stream than payment-processing rivals Visa and Mastercard. In addition, American Express has a desirable, affluent customer base, which gives it the ability to charge merchants higher fees.

U.S. Bancorp (NYSE:USB) is not as cheap as Bank of America, nor has it dramatically underperformed the sector like Wells Fargo. Rather, U.S. Bancorp is a case of "you get what you pay for." That is, the stock is expensively valued, and rightfully so. U.S. Bancorp is one of the most well-run banks in America and is consistently among the most profitable and efficient banks in the entire market, even beating Wells Fargo's numbers.

More Than 25% of Hedge Fund Assets Are Invested in This Sector (and It's Not Technology) @themotleyfool #stocks $BRK.A $BRK.B $BAC $WFC $USB $AXP Next Article
Current