When social media giant Facebook (NASDAQ:FB) announced it would debut a hub for original video content, much ink was spilled that the company was preparing for an all-out assault on television. This would be an easy conclusion to draw since the platform, called Watch, would feature programs that will appeal to a wide variety of its users, including live sports, cooking shows, and children's programming.

While there's always potential for quality content to lure viewers away from live TV, it's more likely that the company is pursuing a much broader strategy as it launches a video platform. Facebook likely has one competitor in mind -- YouTube, a subsidiary of Alphabet's (NASDAQ:GOOGL) (NASDAQ:GOOG) Google, and Facebook's most direct competitor in the online advertising space. 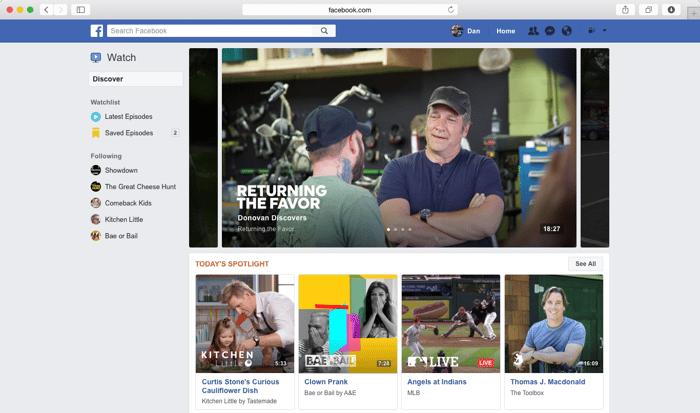 In a recent blog post, YouTube CEO Susan Wojcicki revealed that more than 1.5 billion viewers visit the site every month and that viewers spent over an hour watching video. That many eyeballs generate a significant share of YouTube's ad revenue.

In 2016, digital advertising in the US grew by 22% year over year, amounting to $72.5 billion, and an increasing portion of that growth is being divided between Google and Facebook. Estimates suggest that the two accounted for as much as 89% of digital advertising growth in 2016, with Google commanding 49%, while Facebook garnered 40%.

Estimates by eMarketer indicate that Google enjoys a 41% share of all U.S. digital ad revenue, while Facebook accounts for 20%. By increasing its focus on video, the latter hopes to increase its share of digital advertising revenue at YouTube's expense.

Facebook introduced Watch as "a new platform for shows on Facebook", which is personalized to help users find new content of interest to them and organized around their friends. The platform would feature categories, including "Most Talked About", "What's Making People Laugh", and "What Friends Are Watching". The company's experience with Live taught it that user interactions were an important aspect of the experience, so it's also organizing shows around communities.

New programs will include Virtual Dating where strangers will use virtual reality as the medium for a blind date and Tastemade's Kitchen Little, "a funny show about kids who watch a how-to video of a recipe, then instruct professional chefs on how to make it." As you can imagine, those recipes don't always turn out as intended. Facebook had previously announced a deal with Major League Baseball to livestream 20 games on its site this season. 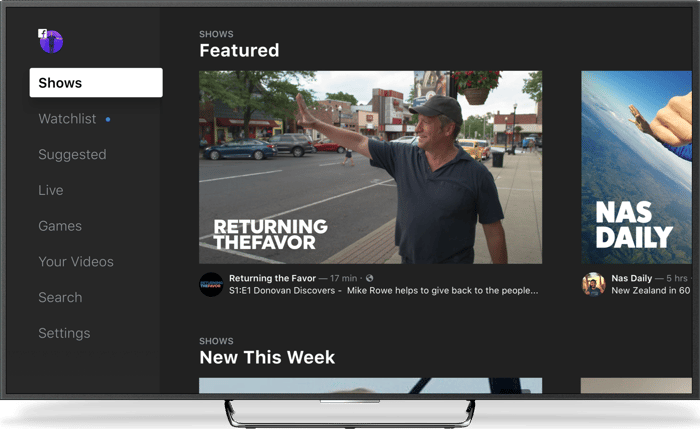 Facebook described Watch as "a platform for all creators and publishers to find an audience, build a community of passionate fans, and earn money for their work," though that definition works equally well for defining YouTube.

There has been a massive increase of mobile video consumption, and it's estimated that video will account for 82% of all internet traffic by 2021, up from 51% in 2016, so Facebook is wise to stake its claim now.  There are also limits to how much advertising the company can place in its Newsfeed before users revolt, and the company has addressed this by adding additional platforms like Messenger, WhatsApp, and Instagram. The debut of Watch will provide the company with additional real estate for both user engagement and advertising, and stealing share from YouTube would be icing on the cake.