Wall Street had a somewhat quiet day today, as the major benchmarks hovered near breakeven, and failed to gain or lose much ground. With no market-making news, investors seemed distracted by the total solar eclipse that was making its way across the U.S. Even as the broader market failed to make any radical moves, several stocks still managed to post gains. Tenet Healthcare Corp. (NYSE:THC), Freeport-McMoRan Inc. (NYSE:FCX), and Johnson Controls International PLC (NYSE:JCI) each made moves upward and were among the best performers of the day. Below, we'll look more closely at these stocks and tell you why they did so well.

Tenet Healthcare, one of the largest hospital owners in the U.S., saw its share price initially spike more than 20%, eventually settling up about 15%. Investors were reacting to news that hedge fund Camber Capital Management had acquired a 5.7% stake in the acute care provider, according to a Schedule 13-G filing with the SEC. This continued the upward move that began last week after the resignation of two board members who represented activist investor Glenview Capital Management. Board members Randy Simpson and Matt Ripperger cited irreconcilable differences, setting the stage for a potential proxy fight. Glenview, which holds an 18% stake in Tenet, revealed that it was considering a number of options, and could push for a change in leadership or sale of the company. 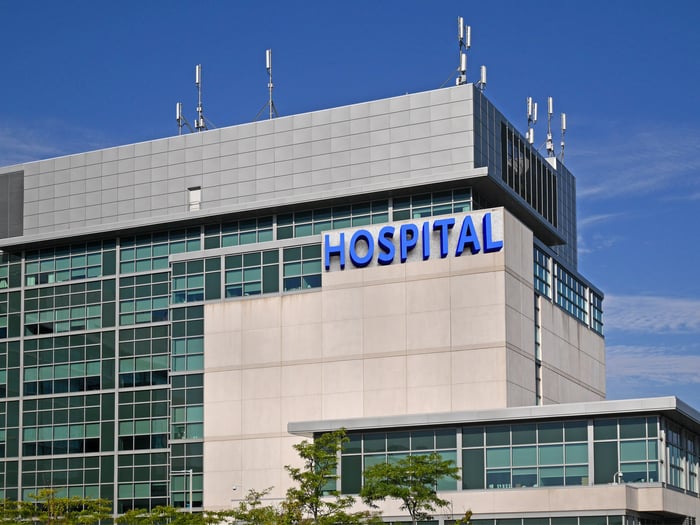 Freeport-McMoRan rose just over 4%, as the company sought to recover from its slide late last week. Several positive catalysts likely contributed to the upward move for the copper and gold miner. Analysts at JP Morgan issued improved forecasts for various metal prices for this year, pushing a number of mining companies higher. Copper prices have reached a three-year high, while zinc prices hit their highest levels in a decade. Additionally, Freeport announced the early redemption of $543 million in senior notes, which will reduce the company's debt, resulting in lower interest charges going forward. After these notes have been redeemed, Freeport expects interest savings of $35 million per year and an increase of an estimated $11 million in net income in the current quarter.  The company has recently been working to improve its balance sheet, and this move marks another step in the right direction.

Johnson Controls gained more than 3% on the announcement that it would accelerate its CEO succession plan. The building technology provider revealed that its current president and chief operating officer, George Oliver, would assume the position of chairman and chief executive officer effective Sept. 1, a full six months earlier than originally anticipated. The board of directors unanimously approved the move, as Johnson Controls sought to start its new fiscal year on the right foot. The company has been struggling with waning cash flow as it worked to realize cost synergies and increased productivity in the wake of its merger with Tyco late last year. Oliver had been former CEO of Tyco prior to the acquisition, and the board was pleased with his progress handling the merger, and believed that "accelerating the transition provides clarity and continuity."