Shares of Energous (NASDAQ:WATT) were on a roll this Tuesday. Stock prices rose as much as 12.6% in early trading thanks to a handful of reports that the upcoming Apple (NASDAQ:AAPL) iPhone 8 could launch with a wireless-charging feature.

Well-known Apple pundit John Gruber is reporting that the iPhone's wireless-charging feature might require a separate accessory rather than be built into the phone itself. Either way, any wireless-charging support at all would play right into Energous' wheelhouse and open up a whole new revenue stream. 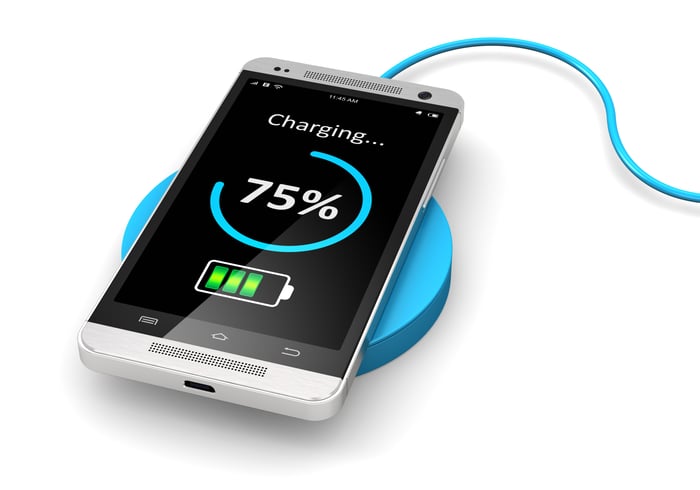 The iPhone 8 would not be the first smartphone featuring wireless charging, not by a long shot. Samsung and others have already included some form of this feature for a couple of years.

That being said, Apple would give this technology a large adrenaline injection overnight. Moreover, Energous has reportedly been working up a wireless-charging solution specifically for Apple over the last year or more. Put two and two together, and this could be a major breakthrough for the wireless-charging specialist.

It's still a rumor, but one of the more believable ones I've seen this week. Energous could use a steady revenue stream, so I see no reason why investors shouldn't get excited about this potentially game-changing report -- even if it's just a rumor so far.