On Aug. 24, chip giant Broadcom (NASDAQ:AVGO) reported its fiscal third-quarter results. The company operates in a broad range of segments, but the one that I'd like to focus on here is the company's wireless chip business.

Much of the revenue that Broadcom's multibillion-dollar wireless chip business enjoys comes from sales of connectivity combo chips (among others) into premium smartphones -- most notably Apple's (NASDAQ:AAPL) iPhone. 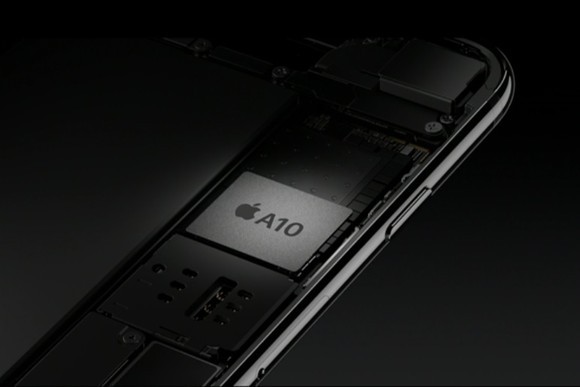 On Broadcom's conference call accompanying its third-quarter results, management offered up some interesting insights into the ramp-up of Apple's upcoming trio of iPhones and their impact on Broadcom's wireless chip business. Here are two big ones.

Broadcom CEO Hock Tan said that the company's wireless chip business grew 12% quarter over quarter and 27% year over year, making up 29% of its overall revenue during the quarter.

Tan said that the growth that Broadcom's wireless business enjoyed during the quarter "was driven by the start of a ramp from our large North American smartphone customer as they started transitioning to their next-generation platform."

The executive further added that the "ramp of this new platform is in full stride" as the company enters its fourth fiscal quarter of the year.

Thanks to the ramp-up in unit shipments, coupled with what Tan describes as "content gains" (this just means Broadcom is providing more dollars' worth of chips inside of each new iPhone compared to the last iPhone), Tan says that the company expects "strong growth" in wireless for the quarter.

During the call, Tan reminded investors of the commentary around the timing of the new iPhone production ramp that he provided last quarter, in which he indicated that this ramp would start later than it had over the last couple of iPhone product cycles.

This, Tan said, means that investors should expect "wireless revenue to hold up sequentially."

When asked for clarification by one analyst as to what exactly "hold up sequentially" means, Tan explained that he means that wireless chip revenue during Broadcom's fiscal first quarter "would probably hold close to the same level as what [Broadcom] will see in Q4 fiscal 2017."

Putting this into context, the rumor mill has indicated that the OLED iPhone will be in very short supply at launch, with supply ramping up later. In contrast, the LCD iPhones (the direct replacements to the iPhone 7 and iPhone 7 Plus) are expected to be readily available at launch.