Shares of Marvell Technology Group (NASDAQ:MRVL) soared on Friday morning, rising as much as 10.2% around 10:30 a.m. EDT. The maker of controller chips for data storage and networking products reported second-quarter results after the closing bell on Thursday, exceeding analyst expectations across the board.

Marvell's second-quarter sales increased by 1% year over year, landing at $605 million. Adjusted earnings rose 67% to $0.30 per share. Analysts would have settled for earnings of $0.28 per share on revenues near $601 million. The headline results also landed at the top end of Marvell's guidance for the quarter. Furthermore, Marvell's free cash flows more than doubled from $38 million to $89 million. 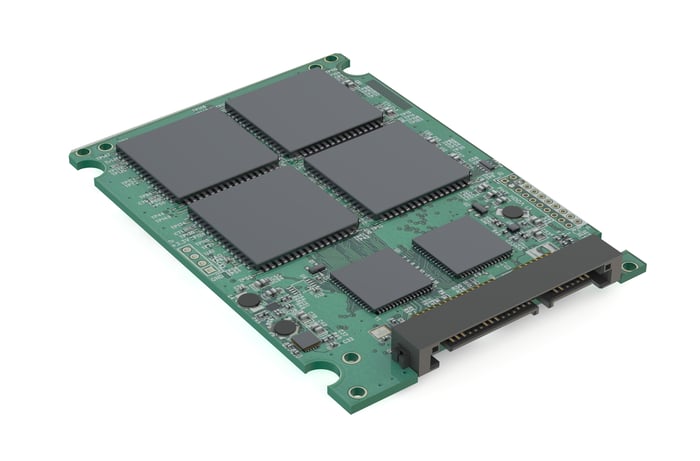 Marvell's core business sales grew 6% over the year-ago period, led by 13% higher storage controller revenues. The traditional hard-drive market proved to be difficult again, but strong growth in solid-state storage controllers more than made up for that weakness. SSD chips now account for more than 25% of Marvell's storage-related revenues, up from 20% just two quarters ago.

The company is performing well despite challenges in the hard-drive market, which remains Marvell's largest product category even now. The SSD product line is ramping up quickly, positioning Marvell for success in the next era of storage technologies. Including today's jump, Marvell investors have enjoyed a 42% gain over the last 52 weeks, driven by solid results and a clear path to future wins.