"Safe" is a relative term as it relates to stocks. However, investments that offer slow-but-steady growth to help combat inflation, along with industry-leading dividend yields for retirees, are out there -- if you know where to look. To help get you started, we asked three Motley Fool investors for a few such opportunities. They chose tech-stalwart Cisco (NASDAQ:CSCO), real estate investment trust Iron Mountain (NYSE:IRM), and utility-titan Duke Energy (NYSE:DUK). 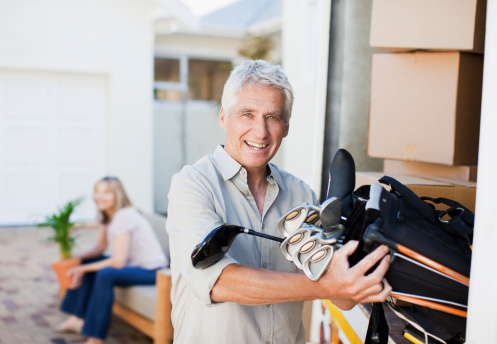 Tim Brugger (Cisco): The fact that Cisco stock is down 6% since announcing earnings on Aug. 16 could be viewed as a negative by some retirees in search of conservative growth along with a steady income. But don't be fooled.

Cisco's tepid fiscal 2017 fourth quarter and year was largely due to CEO Chuck Robbins' focus on building a reliable foundation of recurring revenue, so double-digit revenue gains are a thing of the past. Of Cisco's $12.1 billion in sales last quarter, 31%, which was equal to $3.75 billion, was service-oriented recurring revenue -- which was a 4% increase.

With $70.5 billion in cash and equivalents readily available, up from last year's $65.8 billion, it's safe to say Cisco's stellar 3.7% dividend yield is secure. In addition to Robbin's laser-like focus on building a sustainable foundation of recurring revenue, Cisco is becoming an increasingly efficient provider of data-center, security, networking, and the Internet of Things (IoT) solutions.

Excluding one-time items, operating expenses declined again last quarter -- an ongoing theme of late -- by 7%, to $3.9 billion. Cisco's emphasis on expense management is why it was able to post a 1% increase in adjusted earnings per share (EPS) of $2.39 for the fiscal year despite a 2% decrease in total revenue, to $48 billion.

Bottom line: Cisco stock is so undervalued, there simply isn't much more room for its stock to decline, and this translates to little downside risk. Toss in an outstanding dividend yield and a slow-but-steady approach to growth, and retirees are left with an ideal investment alternative.

An investment as safe and secure as a nuclear bunker

Rich Duprey (Iron Mountain): The ability of Iron Mountain to evolve along with the marketplace of documentation storage and security is what recommends it as a safe investment for retirees. Where once it was the primary lock box for physical data, it has become the equally secure repository for digital data, as well.

As an investment, Iron Mountain is structured as a real estate investment trust, meaning it's required to pay out the vast majority of its profits as dividends to investors. Management's plan for the next three years includes driving adjusted funds from operations 8% higher over that time span, along with an equally ambitious increase in adjusted earnings before interest, taxes, depreciation, and amortization (EBITDA). It also anticipates that its dividend will grow 4% annually over the next three years.

The reason Iron Mountain is able to offer investors such consistency and reliability is because its services are integral to how companies operate today. It boasts an inventory accuracy rate of 99.99999%.

The document-storage company has evolved into a massive, global data-storage center housing 89 million pieces of media, 1 billion medical images, and over 682 million cubic feet of space dedicated to storing hard copies of critical corporate documentation in over 1,400 facilities in 52 countries.

Iron Mountain provides investors with a similar level of security, and also pays a generous dividend yield of 5.7% on its $2.20 payout. Retirees ought to feel secure investing in the data-protection company every bit as much as 95% of Fortune 1000 clients do entrusting their data to it.

Neha Chamaria (Duke Energy): Utility stocks, in general, are a great fit for a retirement portfolio, thanks to the resilient nature of the business of distributing essentials like electricity and gas. Take Duke Energy, for example. The company supplies electricity and gas to nearly 7.5 million and 1.5 million customers, respectively, in the U.S. at regulated rates that have allowed it to grow its top and bottom lines slowly, but steadily, over the years. As a result, Duke Energy has not just paid a dividend every year for 91 years, but has increased it for 10 straight years now. Its dividends have risen more than 30% since 2007, and the stock currently yields a good 4.1%.

Going forward, Duke Energy's regulated business could become just one of the factors behind its growing dividends -- the company's real growth potential lies in its expanding renewable-energy portfolio. Picture this: In 2005, coal constituted 61%, while natural gas made up just about 5%, of Duke Energy's output (in terms of megawatt hours). By 2016, the share of natural gas had surged to 28%, while that of coal had come down to just 34%. By 2026, natural gas is expected to be the largest source of energy for Duke Energy. The company's acquisition of Piedmont Natural Gas last year was a major step in this direction.

These numbers prove that Duke Energy doesn't want to be left behind in the race toward clean energy. The best part is that the company expects to grow its dividends in line with its projected earnings-per-share growth rate of 4%-6% in the long run.

For retirees, this means two things: Putting money into Duke Energy means investing in the future of energy while securing a reliable, growing source of extra income. If you ask me, that's an incredible proposition to consider for your golden years.