Every investor should want to own dividend stocks that pay out an increasing dividend over time. By simply holding a stock, investors can get increasing cash flow year after year.

We asked three of our investors what dividend growth stock they think is a great buy this month. Nordson Corporation (NASDAQ:NDSN), Altria Group Inc (NYSE:MO), and Wynn Resorts, Limited (NASDAQ:WYNN) were their top picks. 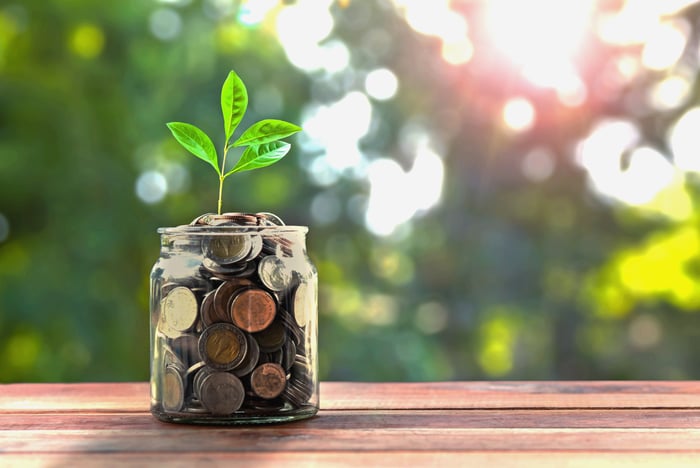 This "boring" industrial stock could surprise you

On Aug. 22, Nordson reported its latest in a long string of earnings beats, topping analyst estimates for both sales and earnings. Profits came in 5% ahead of expectations at $1.74 per share -- which you might have thought would make investors pretty happy. Problem was, Nordson paired its good news on earnings last quarter with a warning that earnings might disappoint in the current fourth fiscal quarter.

Nordson stock promptly sold off, dropping 11% on earnings day. And yet, as my fellow Fool Steve Symington pointed out, "Nordson has shown a propensity for underpromising and overdelivering in recent quarters." The fact that the company thinks earnings might disappoint investors in Q4 doesn't necessarily mean that earnings will disappoint. In fact, I actually see evidence that Nordson might do better than it says it's expecting.

What evidence, you ask? Well, on Aug. 11, nearly two weeks before it reported earnings, Nordson announced it is raising its dividend by 11%. On the one hand, this wasn't surprising; Nordson has raised its dividend every year for the past 54 years. On the other hand, raising the amount of money it devotes to paying dividends doesn't seem like the kind of thing you'd expect Nordson to be doing if it felt it was in dire financial shape, long term. So even if earnings come in a bit light in Q4, chances are Nordson thinks it will bounce right back next year -- and keep on growing its dividend, just as it did in August.

Smoke rises, and so does this stock's dividend

Dan Caplinger (Altria Group): Some dividend growth stocks lurk under the radar for a variety of reasons, and Altria is one of the best examples. The tobacco giant has given investors 50 dividend increases in 47 years, rivaling the best dividend growth stocks in the market. Yet because the company has made numerous spinoffs, including those of its Kraft food unit and the international tobacco business that became Philip Morris International, Altria doesn't qualify as a Dividend Aristocrat despite its impressive streak.

August is the time that Altria traditionally announces its dividend increases for the year, and it's entirely possible that by the time this article goes to (virtual) print, the tobacco king will have already made another boost to its dividend. (Editor's note: Turns out Dan can see the future.) Increases in recent years have been consistently in the 8% to 9% range, and a rise to $0.66 per share would be in line with past practice, as well as keeping the company squarely within its comfort zone from a payout ratio standpoint. Altria has faced challenges due to falling cigarette sales volumes as part of the secular decline in smoking over the past several decades. However, Altria retains its pricing power, and that should help it keep boosting dividends for years to come.

A dividend worth betting on

Travis Hoium (Wynn Resorts): 2017 could not be going better for Wynn Resorts' operations. Macau's gaming market continues to grow -- just in time to welcome Wynn Palace to the market -- and Las Vegas continues to be a steady performer for the company. On the horizon is the construction of Wynn Boston Harbor, a convention center and entertainment expansion in Las Vegas, and maybe even a phase two for Wynn Palace. Despite all of the growth, the company's dividend has been stuck at $2 per share annually. I think that will change soon.

It was only two years ago that Wynn paid a $6-per-share dividend annually (and threw in the occasional special dividend, too). At the time, the company was generating $1.8 billion in EBITDA, a proxy for cash flow from casino companies. Today, Wynn Resorts' EBITDA is back up to a run rate of $1.7 billion -- with room to grow as Wynn Palace reaches full operations -- but the dividend hasn't been raised yet.

Wynn Resorts' dividend yield isn't very high at 1.5%, but the company is expanding and riding the wave of growth taking place in Macau. That should give management the confidence to increase the dividend even as the casino operator plots more expansion plans around the world.