The fitness tracker company, Fitbit (NYSE:FIT) has been in a funk lately posting negative revenue growth for three quarters in a row and the stock is down over 80% since its IPO in 2015. 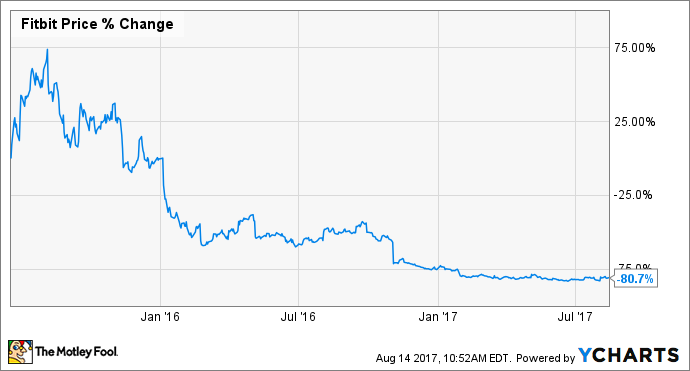 The company has declared 2017 as a rebuilding year and is looking for opportunities to get back to growth. Fitbit has three compelling growth opportunities it's working on: a smartwatch, enterprise health, and some "blue ocean" opportunities "beyond the wrist." Read on for details what these growth catalysts could mean for the company. 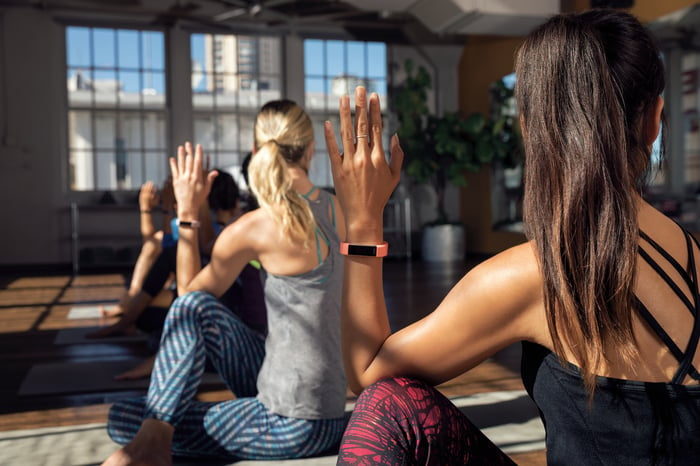 Quite simply, Fitbit wants to have a smartwatch product in order to double its addressable market. The company has been talking about a smartwatch for a while and it will finally be released in the second half of this year in time for the holiday selling season. While this is a crowded market, a more full-featured device with coaching and guidance capabilities could unlock an additional 40 million to 80 million users in this $10 billion-plus market. A market that research firm IDC expects to grow at 18% per year through 2021.

A key differentiator for a smartwatch is an app store. When released, Fitbit's smartwatch will have an "app gallery," which is essentially a select number of partners with apps that will demonstrate the capabilities of the capabilities of Fitbit's software development kit (SDK). This SDK and app publishing capabilities will allow other third-party providers to create health and fitness centered applications that users can employ to achieve positive health outcomes. While the app store will not likely be accretive to revenue for a while, it will make the smartwatch a more attractive device for consumers, corporations, and insurance companies.

In March of this year, Fitbit announced a reorganization dividing the company into two areas: 1) consumer health and fitness (it's core business) and 2) enterprise health. James Park, Fitbit's CEO, described the enterprise health initiative this way.

Enterprise Health will expand on the company's early successes in working with insurance companies, employers, health systems, and other healthcare partners.

Currently Fitbit has a robust corporate health initiative that over 1,300 companies use to support corporate wellness programs. This corporate news announcement reports that engagement in corporate wellness programs increases significantly (from 20% to 60%) when a fitness tracker is added. While the resulting revenue is mainly sales of tracker devices, these are incremental sales that might not have happened without the program, and they help expand Fitbit's user community.

On the insurance side, Fitbit has had some success with the United Health Care's Motion program. This program encourages employees to make healthy choices and stay active and participants are rewarded up to $1,500 deposited into their Health Savings Account (HSA). While this is a great way for Fitbit to sell more devices, this deal was years in the making. At the an investor analyst conference earlier in the year, Park explained why partnership this took so long to develop.

And in the case of insurance, it actually took years for the actuarial research to be done for insurance companies like United to be confident that devices like the Fitbit could actually result in healthcare savings.

The upcoming smartwatch with its developer kit will make future partnerships and integrations easier for Fitbit to execute on. This will be something for investors to keep an eye on as the smartwatch launches.

While management is excited about the upcoming smartwatch release, Park is looking beyond that for the long term viability of the company and is investing in research and development "beyond the wrist."

A blue ocean opportunity is described in a book titled Blue Ocean Strategy from authors W. Chan Kim and Renée Mauborgne. A Fortune article from 2007 summarized the book this way.

[The book] theorizes that the most innovative companies have one thing in common -- they separate themselves from a throng of bloody competition (in the red ocean) and set out to create new markets (in the blue ocean).

Nintendo capitalized on a blue ocean opportunity and designed the Wii to expand the addressable market for game consoles and target users who had no interest in video games. This strategy paid off for Nintendo as the stock reached an all time high a year after the Wii was released. Fitbit has a similar opportunity in medical sensors beyond the wrist, as Park hinted in the most recent earnings call.

We do see ourselves moving beyond the wrist to address a lot more conditions and outcomes, and that's also part of our strategy to diversify the company beyond trackers.

Fitbit believes the company is uniquely positioned to sail into this blue ocean with its large community of users, millions of hours of fitness data, and a brand that is "synonymous with health and fitness." Investors have seen the possibilities for Fitbit in the Medtronic deal that makes it easier for diabetes patients to more easily manage their care. And more recently in Fitbit's devices ability to diagnose and monitor sleep apnea, potentially a $5 billion market opportunity.

Park hinted at areas the company may be working on and mentioned "other sleep disorders, hypertension and arrhythmias." When an analyst asked whether these opportunities were near-term or a couple of hardware generations out, Park indicated that these capabilities could be available soon.

This isn't something that will take years to unfold. That said, on the healthcare side, obviously, there's a lot of business and regulatory issues that still need to be worked through. But from a technology side, we see a near-term opportunity.

While Fitbit has been talking a lot about revenue beyond the device for some time now, it seems that the smartwatch and the software development kit are the key to making this a reality. As a shareholder, these opportunities make me excited about the future of Fitbit.