Broadcom (NASDAQ:AVGO) reported solid results for its third-quarter 2017 last week, with revenue jumping 17% year over year to $4.47 billion, and earnings per share (EPS) skyrocketing 42% from the year-ago quarter. The company makes semiconductors for a variety of wired, wireless, enterprise systems, and other devices and many investors have taken a liking to the company because it's a key Apple (NASDAQ:AAPL) supplier and is widely believed to be providing radio frequency (RF) chips and wireless charging capabilities in Apple's upcoming iPhone 8.

To better understand the company's third-quarter results and what investors can expect in subsequent quarters, let's take a look at three key points Broadcom's management made on the latest earnings call. 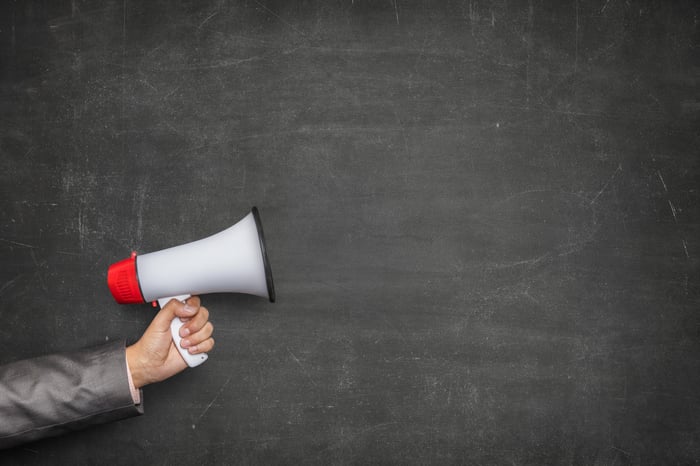 Broadcom's biggest revenue segment is its wired business, which accounted for 50% of its revenue in the third quarter and consists of making semiconductors for products like television set-top boxes.

Overall, this was a very good quarter for the segment, driven by seasonal strength in set-top boxes and robust demand from data centers for both our merchant and custom silicon products. However, we did start to see softness in demand arising from Chinese operators for our optical and broadband access products.

Overall, Tan expects there will be a sequential slowdown in the wired business due to usual seasonal weakness in the market, but he expects the wired segment to continue growing year over year.

2. Broadcom's wireless business is humming along, thanks to Apple

The company's wireless business was also strong in the third quarter, thanks to growth that's likely coming from Broadcom supplying some wireless and RF chips for the upcoming iPhone 8. Broadcom's wireless segment grew 27% year over year, to $1.3 billion, which was "driven by the start of a ramp from our large North American smartphone customer as they started transitioning to their next-generation platform."

That "large North American customer" is widely believed to be Apple, and Broadcom said the revenue increase also came as the company's total dollar content has grown substantially (Broadcom will have 40% more content in the new iPhones than it has had in the past).

Tan said that ramp-up for the new platform is in full swing for the fourth quarter:

We expect this to drive very strong sequential growth in wireless revenue for our fourth quarter, and year-on-year, we project strong growth in this segment as a result of our content gains.

This is important for Broadcom because wireless revenue accounted for 29% of Broadcom's total revenue for the quarter, and wireless growth is expected to continue into the company's first quarter.

The company's management also highlighted its third-largest business -- enterprise storage -- by saying that demand for the company's hard drive disks (HDD) helped drive up revenue 39% year over year to $735 million. But Tan mentioned that the company expects the HDD trend to taper off:

However, as noted in our last earnings call, we do not believe this trend to be sustainable in hard disk drive. And sure enough, we expect a sharp decline in demand for our hard disk drive products in the fourth quarter, driven by the start of an anticipated correction in the hard disk drive market.

That sounds worse than it might actually be, though. Management still expects its enterprise storage segment to see double-digit growth year over year.

Considering that most investors have known for a while that Broadcom is gaining more space inside Apple's phones, much of the gains the company's share price has made over the past six months already reflect that news. The release of Apple's new iPhones likely won't do much for Broadcom's share price in the short term, but over the long-haul, investors should be pleased with Broadcom's third-quarter results and its ability to grow its position in Apple's devices.