The success of digital wallets varies greatly depending upon whom you ask. In early August, Goldman Sachs analysts proclaimed that digital wallet adoption had been "underwhelming to date by nearly every objective standard." The note stated that while Apple's (NASDAQ:AAPL) Apple Pay was the dominant leader in the space, accounting for 90% of all contactless payments originating from a smartphone in the U.S., it still was struggling to gain real traction. The report went on to say that only 27% of eligible American consumers had ever used Apple Pay, and only 8% used it every week.

A recent survey from PYMNTS.com found similar results, concluding that consumers don't remember to use mobile wallets even when their phone has a mobile wallet on it that the store accepts.

So, mobile wallets will never gain any traction, right? Not so fast! Other surveys insist these payment methods have a future of robust growth. A recent U.S. Bancorp study found consumer preference for paying via a digital app (47%) narrowly outweighed consumer preference for using cash (45%); a number that includes 49% of millennials who prefer paying via digital methods. A white paper from Juniper Research suggested that by 2022, 50% of all point-of-sale (POS) transactions will be facilitated via contactless payments, up from just 15% this year.

So, what's the truth? Are digital wallets the wave of the future, or are they destined to fail? Let's take a closer look at why these payment methods are struggling to gain rapid adoption, and what the parent companies are doing to right the ship to see if we can come to a reasonable conclusion. 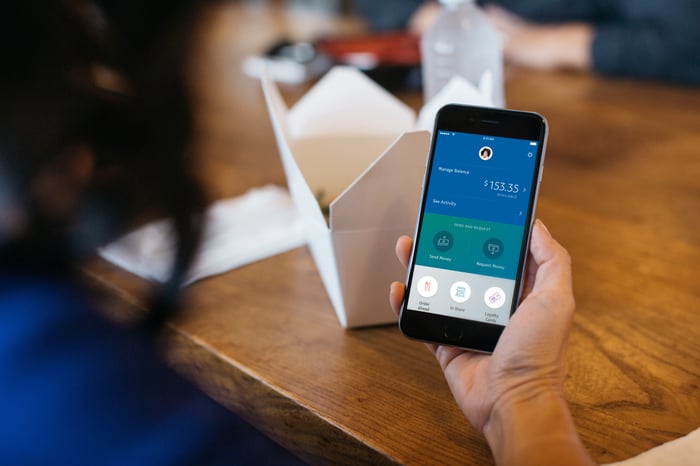 PayPal believes it holds a winning hand in the mobile wallet race because it can be used across phone manufacturers, operating systems, and merchants. Image source: PayPal Holdings Inc.

What mobile wallets are doing to increase acceptance

There does not seem to be a general consensus about what's holding mobile wallets back from increased user engagement. Instead, there seem to be myriad small reasons. These excuses range from consumers' old habits being hard to break to consumer ignorance on which retail locations accept which method of payment.

Widespread merchant acceptance is the problem Apple seems primarily concerned with solving. Since the inception of Apple Pay, the company has focused on opening new markets and points of acceptance for the payment method. In the company's third-quarter conference call, CFO Luca Maestri reported that Apple Pay launched in Italy this past May and will be introduced in Denmark, Finland, Sweden, and the United Arab Emirates by the end of the year. In its second-quarter conference call, Apple said Apple Pay was available in 4.5 million retail locations within the United States and 20 million across the globe.

Alphabet's (NASDAQ:GOOGL) (NASDAQ:GOOG) Android Pay attempted to solve the same problem by partnering with PayPal (NASDAQ:PYPL) and its 210 million active accounts. The deal allows Android Pay users to link PayPal to their accounts, and it makes PayPal a method of payment available on Google Play. 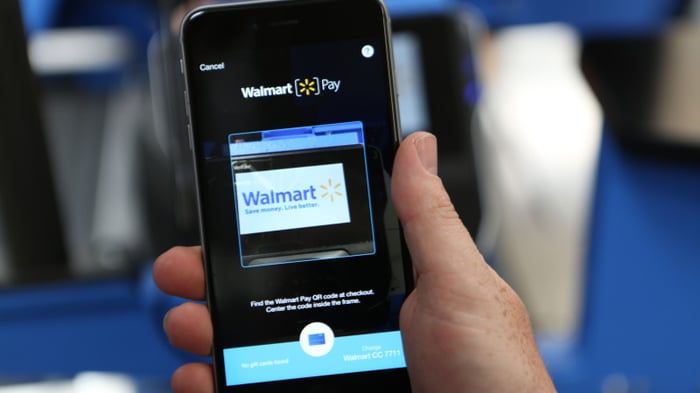 Wal-Mart's (NYSE:WMT) Walmart Pay has tried to simplify and expedite its checkout experience for users of its app. Walmart Pay allows customers to store coupons, rewards, gift card balances, and receipts within the app and begin the checkout process by scanning QR codes into their phones as they shop. Early results of these efforts should be encouraging for shareholders: In the PYMNTS.com survey, despite being the youngest of the mobile wallets included, Walmart Pay showed the fastest usage growth from March to June this year, and it has now been used at least once by over 19% of eligible customers.

But mobile wallets face entrenched competition. Many consumers still prefer credit cards for the rewards they offer. In fact, 40% of respondents in a recent survey claimed rewards and cash-back benefits as the primary reasons they were enticed to open a new credit account. No mobile wallet has yet introduced any such benefits to American consumers.

Another problem is that none of these wallets can ever be a universal payment method used across phones, stores, and operating systems. It's one of the primary reasons PayPal's management believes it is poised to win this battle.

Another, unexpected, reason these mobile wallets have failed to catch on is because several digital payments have migrated to merchants' apps. Starbucks' investments in this area are especially noteworthy, and Domino's Pizza has delivered the gold standard in digital and mobile innovation in recent years.

The payments landscape has changed dramatically over the past few years, and fintech start-ups, traditional payments players, and the world's largest retail and tech companies have all played a part. Of course, while all of these companies want to see change take place overnight or, a payment revolution, what we're actually seeing is more of an evolution.

It is still far too early to say any of the above payment methods are doomed to fail. Of course, none of them are guaranteed to succeed, either. We are still in the early innings of mobile wallets and payments and, as the boundaries between point-of-sale and digital commerce become increasingly blurred, the only thing we can be sure of is who the ultimate winner will be in the race to make shopping a more seamless, less time-consuming experience: the consumer.