Once you let the idea sink in, organic Cheetos isn't as crazy as it seems.

The company has essentially re-engineered extremely well-known items that some consumers consider guilty pleasures, in a bid to tap the ever-growing market for healthy snack foods. PepsiCo executive Jonathan McIntyre, a senior vice president in the company's global snack research and development (R&D) area, told Bloomberg that the new line meets the stringent requirements necessary to be sold in Whole Foods Market.

You can now sample unlikely certified organic products, including Simply Doritos Organic White Cheddar Tortilla Chips and Simply Lay's Wavy Organic Potato Chips.  Do you love the taste of Cheetos but abstain for health reasons? You no longer have to. 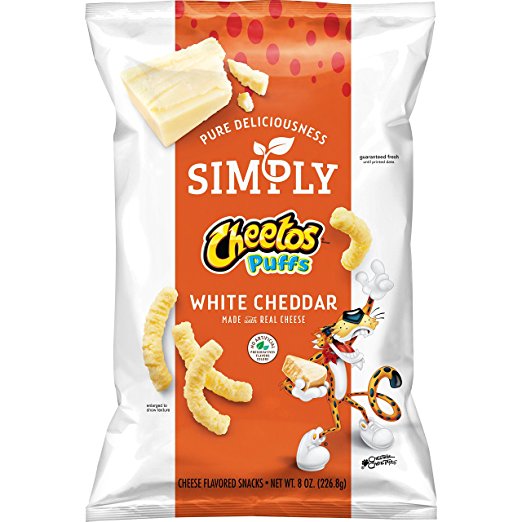 To Whole Foods and beyond

The Simply line is evidence of useful product innovation at Frito-Lay North America (FLNA), PepsiCo's most prominent snacking division. Increasingly, FLNA's destiny is PepsiCo's destiny. Despite being the company's second biggest segment out of six, it claimed the fastest revenue growth last year, expanding by 5.2% to $15.5 billion. This figure comprised 25% of PepsiCo's total top line.

In comparison, North America Beverages (NAB), PepsiCo's largest segment, expanded revenue by 3.3% to $21.3 billion. The beverage business still struggles with declining soda volumes, which is offsetting growth in categories such as bottled tea, fruit juices, and enhanced water, and making FLNA's contributions to company growth all the more important.

Developing the Simply line should turn out to be a no-lose proposition for PepsiCo. Even if it can't persuade Whole Foods to carry the new products, an evolution in consumer tastes -- which Whole Foods has played no small role in -- eases PepsiCo's task in marketing Simply to other food retailers.

You'll see the Simply brand extensions hitting major grocers including Target, Costco, and Wal-Mart, where their conventional counterparts are already sold. And it's logical for Pepsi to push hard for more than a novelty amount of shelf space at a few grocery chains. For example, Kroger Co. (NYSE:KR) has offered its response to Whole Foods' standards in the form of "Free From 101 Ingredients" products for several years. Thus, the Simply line should fit well within Kroger's higher-standard foods inventory, especially while Kroger is actively seeking ways to get its revenue back on track.

Other Simply retail candidates include privately held Trader Joe's, which sells products with fewer harmful ingredients than conventional grocery stores offer, by excluding artificial colors and flavors, preservatives such as sodium benzoate and EDTA, and ingredients in general that don't make its "clean list."  Likewise, Sprouts Farmers Market Inc. (NASDAQ:SFM), which claims that 90% of its products are natural or organic, should be high on PepsiCo's calling list.

PepsiCo's announced reformulation of classic snacks comes on the heels of Amazon.com's (NASDAQ:AMZN) Whole Foods acquisition. A few days before news of PepsiCo's Simply expansion broke, I suggested that PepsiCo would do well to try to manufacture private-label brands for Whole Foods. I think this is a more direct and bold plan, which speaks to the company's foresight in product planning.

The move may also help PepsiCo battle channel disruption. In the article I wrote detailing my thoughts on PepsiCo and Whole Foods, I discussed how online shopping and delivery are quickly changing the ways in which consumer packaged-goods (CPG) companies such as PepsiCo must compete for customers' mind share and dollars.

It's doubtful that PepsiCo executives envisioned an Amazon purchase of Whole Foods when they began tweaking core brand ingredients. But the foresight that it would be beneficial to sell within Whole Foods will pay off should Amazon's grocery arm welcome the Simply line. You can already buy a few Simply products by searching on Amazon's site. But once Amazon merges its Prime memberships with Whole Foods' loyalty program and brings Whole Foods' offerings to millions of new customers through virtual shelves and Prime delivery, CPGs that are expanding relationships with Whole Foods stand to gain significantly.

Thus, through an impetus to innovate, PepsiCo stands to be in that mix. It just has to persuade Whole Foods to stock Simply labels. And of course, these healthier versions of favorite comfort foods will have to pass an all-important test: They'll have to remind customers of the original versions, while still remaining delicious.