Facebook (NASDAQ:FB) hasn't been shy about its plans to become a video-first platform -- CEO Mark Zuckerberg said as much last year, and the company has been in a yearslong push to focus on more video content. But a new report from The Wall Street Journal says (subscription required) that the company could spend $1 billion through next year on original content for its platform.

If true, that would vastly eclipse the $50 million Facebook paid for live content videos from celebrities and other content creators last year, and would be a huge step toward Facebook becoming a go-to platform for video watching. Not all of the details are clear, and Facebook hasn't confirmed the news yet, but the potential size of this investment is worth some early analysis.

Why would Facebook want to buy original content? Because advertising dollars are increasingly moving toward video on social platforms, and viewers are watching more mobile videos than ever before. 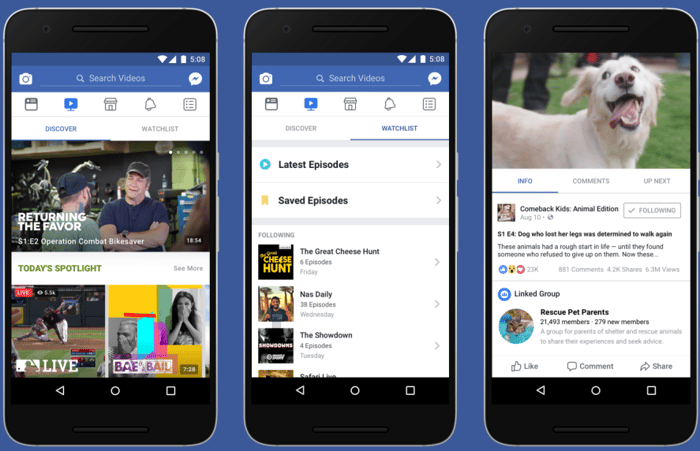 And that projections could be low. A separate report by Zenith puts mobile video ad spending hitting $18 billion by next year. Facebook makes nearly all of its revenue from advertising, and as more advertisers flock to video, the company sees an opportunity in launching its own content to serve up more ads. The company showed its most recent push to monetize videos with the launch of its midroll ads (which start playing an ad in the middle of a video, forcing viewers to stop watching the content they were previously viewing). It's still uncertain whether this is the best way to incorporate ads into video, but it shows that Facebook is determined to make money from its video content. 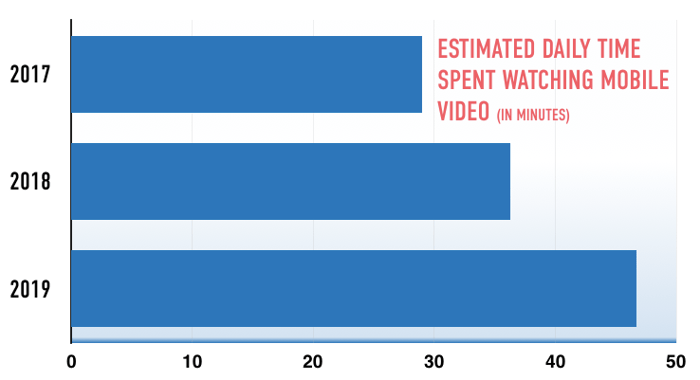 Right now global mobile users spend about 29 minutes per day watching a video, but that's estimated to jump to nearly 47 minutes less than two years from now. Zuckerberg has talked a lot about how important video is to his company's platform, saying on the company's fourth-quarter 2016 earnings call earlier this year, "I said before that I see video as a megatrend, on the same order as mobile. That's why we're going to keep putting video first, across our family of apps, and making it easier for people to capture and share video in new ways."

Zuckerberg also said last year that if you were to fast-forward five years, the content on Facebook will mainly be video. And with the rumored $1 billion in spending, it appears the Facebook CEO may be making good on his own prediction.

Even if Facebook hits the $1 billion spending mark to snatch up television shows and live broadcasts, investors need to remember that the company's new focus on video is anything but a sure thing.

Facebook recently rolled out its new video feature, called Facebook Watch, on its app and desktop platform, and it hasn't received stellar reviews. The dedicated video section in the app adds some original content to its platform, but TV critics have already called some of the video shorts "glib and forgettable."

Some of the money that the company may be spending will likely go to adding more content to improve Facebook Watch. But remember that content kings Amazon and Netflix are spending $4.5 billion and $6 billion this year, respectively, which means that Facebook is facing some stiff competition. Video viewers have a plethora of content to choose from these days, and there's no reason why they need Facebook to give it to them, too.

The good news for Facebook is that it has the money to test out new video pursuits (it's sitting on $35 billion in cash right now) and, at the same time, has a strong user base of 2 billion monthly users that aren't going anywhere anytime soon. Facebook is always looking ahead to new trends and how it can benefit -- whether it's virtual reality or original video content -- and investors should be pleased that the company is moving in this direction.