Please ensure Javascript is enabled for purposes of website accessibility
Log In Help Join The Motley Fool
Free Article Join Over 1 Million Premium Members And Get More In-Depth Stock Guidance and Research
By Daniel B. Kline - Updated Sep 15, 2017 at 3:56PM

Applebee's, Chili's, and Ruby Tuesday all have plans to simplify their menus.

Americans seem less willing than they used to be to eat good in the neighborhood or to pepper in some fun: Both Ruby Tuesday (RT) and Brinker International's (EAT 4.34%) Chili's have been struggling to lure in customers. The same issue has plagued DineEquity's (DIN 1.04%) Applebee's brand, too.

All three plan to tackle the problem in the same way: They are going to pare down their menus and offer fewer choices. And while that might sound counter-intuitive, the chains could benefit from this "less is more" strategy. 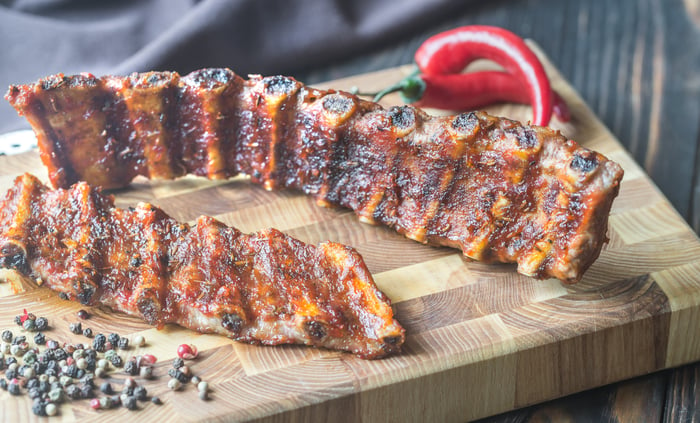 Chili's won't be getting rid of its baby back ribs. Image source: Getty Images.

This market segment has taken a beating as it has lost customers to fast-casual chains and because people are no longer eating out as often. In its fiscal 2017, Ruby Tuesday saw same-store sales decline 3.1% while total revenue dropped 12.8%.

Through six months of its fiscal year, Applebee's saw same-store sales fall by 7% while earnings per share (EPS) for DineEquity (which also owns IHOP) dropped from $2.82 in the first half of 2016 to $1.98 through the first six months of 2017. Chili's saw company-owned comparable-store sales drop 2.3% for the year that ended in June while its parent company, which also owns Maggiano's, saw full-year EPS drop from $3.42 in fiscal 2016 to $2.94 in fiscal 2017.

All three chains have different business models based on the mixes of company-owned versus franchised stores, but for all three the picture is similar: Sales are falling and fewer customers are coming in.

What are they going to change?

Applebee's President John Cywinski has acknowledged that the chain had let its menu grow too far beyond its traditional offerings. He did not offer a percentage that its menu would be cut by, but admitted during DineEquity's Q2 earnings call that going after millennials was a mistake.

He explained during the call that the chain had tried to reinvent itself as a modern bar and grill targeted at millennials. Those efforts, which came before he was hired as president, failed.

"From my perspective, this pursuit led to decisions that created confusion among core guests as Applebee's intentionally drifted from its, what I'll call its Middle America roots and its abundant value positioning," he said . "[While] we certainly hope to extend our reach, we can't alienate boomers or Gen Xers in the process. Much of what we are currently unwinding at the moment is related to this defensive repositioning."

Chili's has been even more specific about its plans, announcing that it would be "going back to its roots," on Sept. 18 by cutting 40% of its menu. Favorites like baby back ribs and fajitas will stay, but newer, edgier offerings like the Crispy Asparagus appetizer and Mango Chili Tilapia entrée will not.

Ruby Tuesday has also cut its menu by about 30%, getting rid of non-core offerings and refocusing marketing attention on its unlimited salad bar. More cuts may be coming as the chain has a "Plan to Win" turnaround plan for the next 12 months that includes an effort to "implement menu simplification."

Just having fewer choices won't drive these chains to success, but paired with other changes, it could help. Chili's, for example, plans to increase portion size, offering "meatier burgers, ribs and fajitas." Both Applebee's and Ruby Tuesday have also acknowledged a mix of lower prices and bigger portions are part of their plans.

While offering broad menus in theory broadens a chain's audience, the reality is that many diners are skeptical when a chain goes too far outside its core competency. Ruby Tuesday, Chili's, or Applebee's might be great for chicken fingers, ribs, or a burger, but they are probably not the place for sushi, kale, or quinoa.

Ruby Tuesday Pops 18% After Agreeing to Be Acquired

Why Shares of Ruby Tuesday, Inc. Got Cut Today