When most people think about American food, they think about things like hamburgers and steaks. There's a reason for that.

The grasslands of the Great Plains, combined with an abundance of water, have made the United States a perfect place to raise large livestock. (Thus the millions of buffalo that once roamed the Plains.)

The resulting abundance of meat, which in many parts of the world is harder to come by, has shaped our appetites. Americans consume more beef per capita than any other advanced nation, save Brazil, which is also blessed with abundant grasslands and irrigation.

To this end, the average American spends more on beef each year than they do any other type of meat, including poultry, fish, and eggs. It's not even close, in fact. 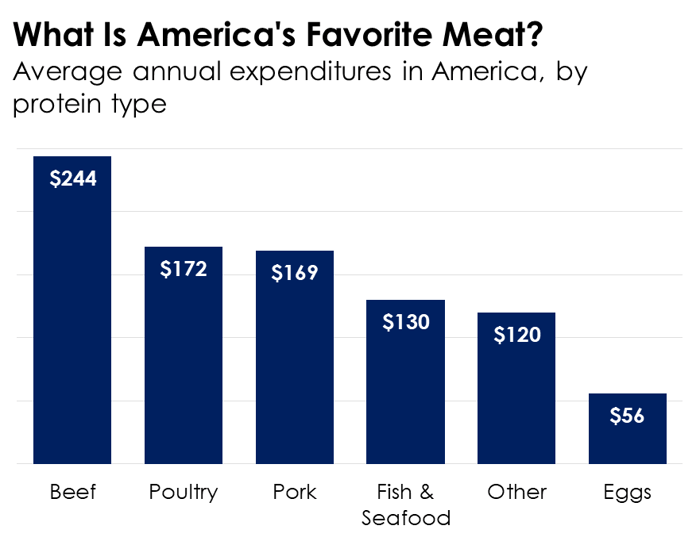 According to the 2016 Consumer Expenditure Survey, which surveyed 129,549 American consumers, the average person spends $244 a year on beef. That's 42% more than the $172 average spent on poultry products, the second-highest protein expenditure.