There's been a lot of hype about Himax Technologies' (NASDAQ:HIMX) expertise in 3D sensing, which is used to power augmented reality (AR) applications. The chipmaker claims that it is getting a lot of interest for the technology from several smartphone customers, with rumors suggesting that it could be powering the AR capabilities in Apple's new iPhone.

Himax has now made a big move toward its dream of tapping the 3D sensing opportunity by partnering with Qualcomm (NASDAQ:QCOM). The two companies plan to develop 3D sensing solutions for a variety of applications such as smartphones and automobiles. Let's take a look at how the venture could be beneficial for both companies. 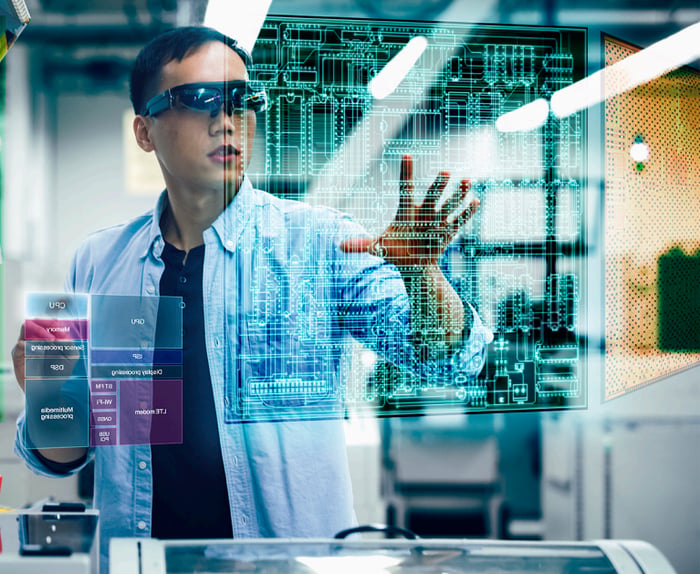 Himax is betting big on augmented reality and 3D sensing. The chipmaker will spend $80 million to ramp up its wafer-level optics (WLO) capacity, as it scrambles to meet "urgent demand" from an unnamed customer.

The company's investment in increasing WLO capacity will have a positive bearing on its performance in the long run. The WLO technology allows Himax to reduce the size of 3D sensing camera modules, which makes them perfect for use in portable devices such as smartphones or medical devices such as endoscopes.

Himax's WLO technology seems to have attracted Qualcomm's attention as it has decided to collaborate with the former to quickly bring a high-resolution 3D sensing camera system to the market. More specifically, Qualcomm plans to marry its computer vision expertise with Himax's WLO technology and module integration capability to create a turnkey 3D camera module.

This cloud-enabled camera module will enable high-resolution, real-time depth sensing across applications related to the Internet of Things (IoT), biometrics, automotive, and others, thanks to its capability of operating both indoors and outdoors. What's more impressive is that the collaboration expects to start mass production of the module from the first quarter of 2018, allowing Himax to move early to tap the opportunity in 3D-enabled smartphones.

Himax CEO Jordan Wu clearly outlined his intention, stating that he expects Android smartphone OEMs (original equipment manufacturers) to lift the user experience using the 3D camera module. This could substantially boost Himax's revenue as the smartphone 3D camera market could grow at almost 50% a year until 2022, hitting a size of $4.4 billion, according to Allied Market Research.

Though Qualcomm has lost some traction in smartphone chips, it is still the leader in terms of market share. Therefore, the chipmaker will now have an opportunity to upsell jointly developed 3D sensing camera module to its existing customers, which include Apple and Samsung.

Qualcomm is deeply embedded in the smartphone space as its Snapdragon chips power a total of 157 smartphones. So the chipmaker is well-placed to take advantage of the secular growth in smartphone 3D cameras, and it has made a smart move by partnering with Himax to quickly bring the technology to the market.

But Qualcomm's opportunity isn't limited to the smartphone space. It can deploy its 3D sensing camera module for automotive applications as well. The good news is that Qualcomm can get a head-start in the automotive arena as well thanks to its pending acquisition of NXP Semiconductors.

NXP holds the leading market share of over 14% in automotive chips, giving Qualcomm ready access to the former's existing customer base and sales channels. Therefore, Qualcomm will have a better chance at tapping the fast-growing ADAS (advanced driver assistance system) market thanks to its Himax collaboration, as camera vision plays a key role in this space for various uses such as blind-spot detection and road sign recognition.

Therefore, 3D sensing cameras could provide the next wave of growth for both Qualcomm and Himax Technologies. The good news is that investors won't have to wait for long, as their venture could start delivering results as soon as early next year once mass production begins.