Activision Blizzard's (NASDAQ:ATVI) stock has climbed more than 400% over the last five years, and 82% year to date. Investor confidence in the game maker has grown considerably this year as Activision has demonstrated its ability to increase revenue without the help of new game releases, thanks to in-game purchases of add-on content.

Other avenues for growth are opening up left and right for Activision Blizzard, which is why I wouldn't be afraid of buying the stock even after the run it's had. Here's a list of the key reasons why I wouldn't wait for a lower price to jump in. 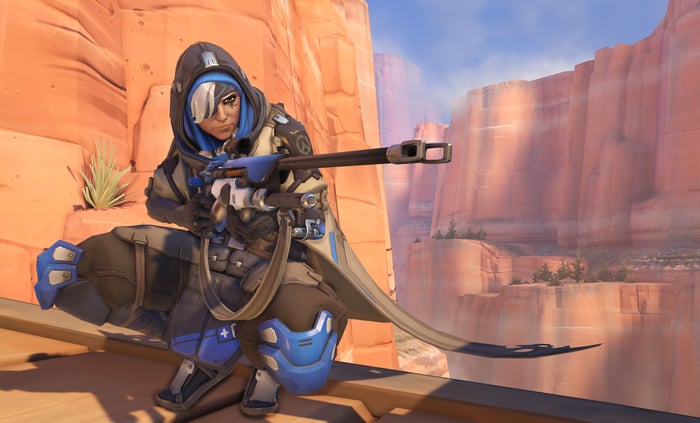 The video game industry is growing

First, it's important to understand that Activision has a good tailwind at its back due to industrywide growth, which is expected to continue. According to market researcher Newzoo, there are 1 billion gamers in the world who spend money on games. Across mobile, PC, and console platforms, the industry is expected to generate $108.9 billion in revenue this year and grow about 6% per year through 2020. This amount represents only sales of games, but there are several emerging growth avenues outside of selling games for game companies to capture, which positions Activision Blizzard to continue growing much faster than the industry average.

Mobile game maker King Digital Entertainment, which was acquired by Activision Blizzard in early 2016 for $5.9 billion, has been testing in-game advertising for its mobile games, and early results look promising.

The company has discovered in its testing that players actually spend more time in the game with ads. Players also reported a better gaming experience. All of this seems contrary to conventional thinking -- that in-game ads ruin all the fun -- but apparently not.

With more than 400 million monthly active users and high levels of player engagement across its games, Activision has a significant opportunity to generate meaningful revenue and profits from advertising over time. Management expects in-game advertising to contribute to revenue this year, with a more significant contribution beginning in 2018.

Esports -- which is turning online competitive gaming into a spectator sport -- is one of the fastest-growing segments in the gaming industry, and Activision wants to unlock the full monetization potential of this market.

At stake for Activision is the opportunity to own a must-watch esports event that attracts millions of viewers and positions the Overwatch creator to generate revenue from marketers who desperately want to reach a millennial viewership that is difficult to access through traditional media.

The most important initiative for the game maker in esports right now is Overwatch League, which is set to commence in the coming months. Activision just announced the first team sales in July to seven owners, including New England Patriots owner Robert Kraft. Since then, more teams have bought in, bringing the total to date to 13 teams sold, for a reported $20 million each, according to ESPN.

Before the days of internet-enabled consoles, game companies were completely dependent on sales of new games. But at some point in the last 10 years or so, game companies figured out they could generate more revenue from sales of additional in-game items that enhance the gaming experience. These digital items are purchased via microtransactions and downloaded directly over a game console. This content costs the gamer a fraction of what a new game costs, and it's also cheap for the game company to produce, which helps expand margins.

Overwatch, which reached over 30 million registered players in a little more than a year after release, has been a big driver of Activision's digital in-game revenue over the last year. The high engagement level of the game naturally leads players to spend money on "loot boxes," which unlock additional content in the form of character outfits, profile icons, and other cosmetic items.

And gamers love it. Activision's revenue from in-game content more than doubled in 2016 to $3.6 billion. Speaking about the in-game content opportunity on the company's fourth-quarter 2016 conference call, Chief Corporate Officer Dennis Durkin said, "We believe we still are in the early days of this important vector in our business with more opportunity ahead."

Activision is a growth stock to own for the long-term

With two blockbuster new games releasing this fall -- Call of Duty: World War II and Destiny 2 -- in addition to new money-making opportunities opening up with Overwatch League and in-game advertising, Activision Blizzard is set up to build on its momentum heading into next year. Despite the awesome run Activision stock has had lately, its price-to-earnings ratio of 30 based on 2017 earnings estimates seems justified for a company that has grown earnings per share 18% per year over the last five years and has plenty of things in development to help it continue growing.