Investors in coffee chain Starbucks (NASDAQ:SBUX), particularly those who bought in years ago, have plenty to be happy about. The stock has soared nearly 16,000% since its IPO and more than 300% over the past decade. Go ahead and splurge on that pumpkin spice latte, Starbucks shareholders.

Despite this incredible performance, some stocks have done even better. We asked three of our Foolish investors to each discuss a stock that has put Starbucks' returns to shame. Here's why Apple (NASDAQ:AAPL), Nintendo (OTC:NTDOY), and Align Technology (NASDAQ:ALGN) should be on your radar. 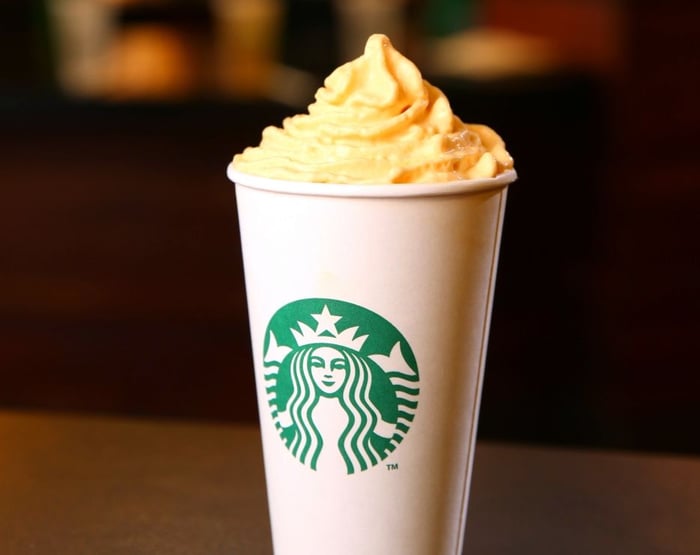 Danny Vena (Apple): Earlier this year, Starbucks celebrated 25 years since its IPO, and you'd be hard pressed to improve on its whopping 15,000% returns. Even considering the magnitude of that growth, Apple has done even better, posting 29,000% gains.

From humble beginnings as a computer maker, Apple can thank the iPhone for its fame. Though it accounts for less than 15% of the global smartphone market, it claimed a staggering 79% of smartphone profits in 2016.

Some might say Apple's best days are behind it, but recent innovations show the company is still at the top of its game. The soon-to-be-released iPhone X uses facial recognition to unlock the device, hosting a TrueDepth camera system that projects 33,000 infrared dots to sense depth. The iPhone features cutting-edge artificial intelligence, with a A11 Bionic chip that resides on the phone, and a secure enclave that protects user privacy.

The latest iPhone combines the screen, 3D sensors, and camera system to form a wide array of augmented-reality capability that will give the device a competitive edge. Future versions of the iPad and iPad Pro are expected to include this technology. The Apple Watch Series 3 can be untethered from the iPhone through an LTE chip that connects with cellular service, allowing users to make calls and send and receive texts.

Apple's innovations are paying off. In its most recent quarter, Apple's revenue jumped to $45.4 billion, up 7%, while net income increased 12% over the prior-year quarter. Its dividend pays 1.6%.

Tim Green (Nintendo): Starbucks has a strong brand, and that's one reason the coffee chain has been so successful. Another company with a strong brand is Nintendo, the Japanese video-game maker known for its iconic characters. After a stumble with the Wii U, the successor to the wildly popular Wii game console, Nintendo seems to have struck gold again with the Switch.

Nintendo sold 2.74 million Switch consoles during the first month after launch, and the momentum didn't stop there. Nintendo's second-quarter revenue soared nearly 150% year over year on strong Switch console and game sales, and the Nintendo Switch outsold both the PlayStation 4 and the Xbox One in August, according to data from the NPD Group. Games such as Mario Kart 8 Deluxe and The Legend of Zelda: Breath of the Wild are selling well, and big upcoming releases such as Super Mario Odyssey should drive strong Switch sales during the holiday season.

Nintendo stock has soared 167% since the beginning of 2016, first because of the success of the Pokemon Go mobile game, then because of the unveiling of the Switch, and finally because of the Switch's success. The Switch is unlikely to be as successful as the original Wii, but it represents a much-needed console win after the failure of the Wii U. Nintendo is no longer an inexpensive stock, but the Switch should continue to drive strong results for the foreseeable future.

All smiles for this stock

Keith Speights (Align Technology): Starbucks has brought smiles to coffee lovers for years. There's a company whose products and stock have arguably created even bigger smiles, though -- Align Technology. The company's Invisalign clear dental aligners have become a preferred alternative to metal-and-wire braces. As a result of Invisalign's growth, Align Technology stock has nearly quintupled in the past five years and has nearly doubled so far in 2017.

Just as Starbucks' success isn't just about its coffee, Align Technology's success doesn't solely stem from Invisalign. Much of the company's attraction relates to its processes. Dental professionals use digital intra-oral scanners to create 3-D models of patients' teeth. (Align sells its own brand of scanner but also integrates with competitors.) Those 3-D models are sent electronically to Align's processing center, where staff create a treatment plan. This plan is sent electronically back to the dental professional for review. Patients can even get a sneak peek at their new smile. If all looks good, the treatment plan is sent electronically to Align's manufacturing facility. Within a few days, patients have Invisalign clear aligners custom-manufactured for their teeth.

Align Technology doesn't appear to be losing any momentum. Wall Street analysts project average annual earnings growth of nearly 26% over the next five years, compared with 15% growth for Starbucks. I expect this stock to keep producing a lot of smiles for investors.