Please ensure Javascript is enabled for purposes of website accessibility
Log In Help Join The Motley Fool
Free Article Join Over 1 Million Premium Members And Get More In-Depth Stock Guidance and Research
By Matthew DiLallo - Updated Oct 2, 2017 at 11:51AM

The diversified industrial products manufacturer won a reversal of a fraud judgment.

Shares of Trinity Industries (TRN 0.78%) spiked on Monday morning and were up more than 10% at 10:45 a.m. EDT. Driving the gains was the reversal of a $682.4 million fraud judgment against the company; analysts saw the ruling as a huge positive.

Trinity Industries announced that a U.S. Court of Appeals ruled that it didn't commit fraud and sell defective guardrails to the U.S. government. That ruling reversed a Federal District Court's $682.4 million judgment against the company after the panel found that the federal government consistently reaffirmed that Trinity's ET Plus System met all federal safety performance standards. 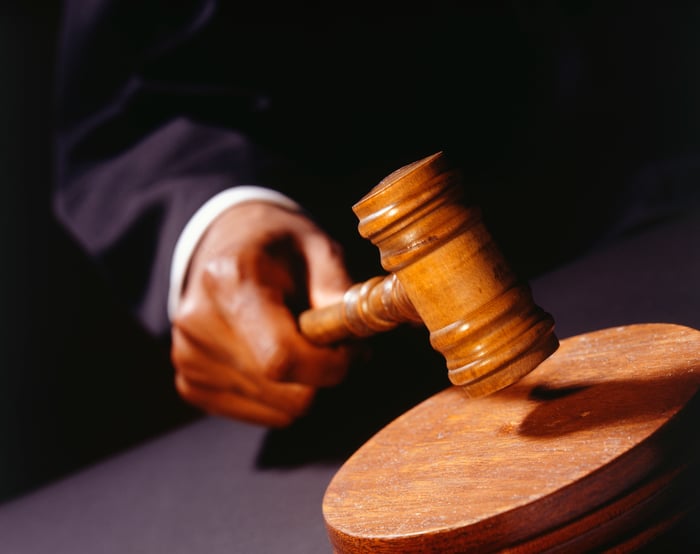 That ruling led several analysts to release positive commentary on the company. KeyBanc, for example, raised its price target from $34 to $41 per share while reiterating its overweight rating. The bank noted that Trinity now has substantial liquidity at the bottom of the cycle. The company could use that money to create value for shareholders, by buying back more stock or making acquisitions. An analyst at Cowen also issued positive commentary, stating that, with the weight lifted, the stock could continue going higher in the coming days.

With today's move, Trinity's stock is up nearly 45% in the past year -- though shares are still down about 20% over the last three years due to the weakness in the rail market. Those challenging market conditions, however, might be starting to abate. Several peers noted last quarter that they see some bright spots in the market, which suggests that even better days might lie ahead for Trinity. The company is well-positioned to pounce on those opportunities since it built up a nearly $1 billion cash stockpile, which it can now use to create value for investors instead of paying a legal settlement.

Why Shares of Trinity Industries Are Falling Today