The communications security expert's patent lawsuit against Apple may have ended after seven years of intense courtroom drama. But we don't know who won quite yet.

Shares of VirnetX Holding (VHC 0.85%) soared in Monday morning's trading session. Stock prices for the secure communications technologist jumped as much as 62.8% higher just before noon EDT, based on a fresh court document from the company's long-running patent infringement suit against Apple (AAPL 1.62%).

Late last Friday night, a popular market watcher known as TradeHawk tweeted a link to a final judgment order from the VirnetX-versus-Apple case at the district court level in the East Texas judicial district. Further investigation shows that the case has indeed been closed with all remaining motions denied as moot, accompanied by an order to seal the final verdict until Apple and VirnetX have agreed on how to redact the judgment for public disclosure. The final document will be available no later than October 13. 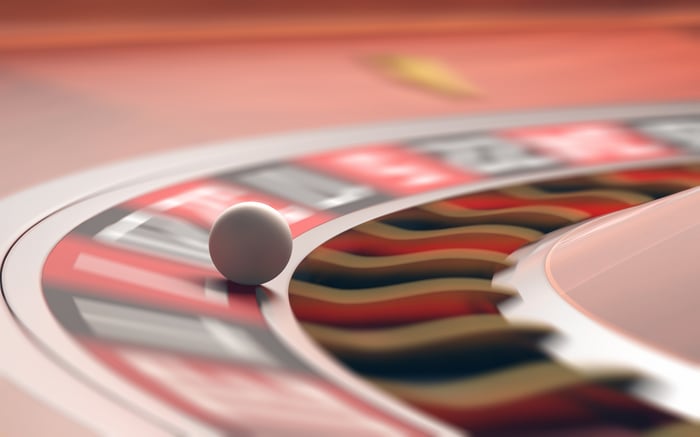 Until the parties work out their requests for redactions, which the court wants them to keep as minimal as possible, we won't actually know what the final outcome in this case is. VirnetX's stock is surging today on nothing more than a light at the end of the tunnel, expecting the verdict to be in the mobile security expert's favor even though no new information about the actual result has been shared.

True investors should wait for the redacted version of the actual judgment before betting the farm on VirnetX. Meanwhile, the stock set fresh multi-year highs today but remains far below the lofty levels of early 2013.

As a reminder, the high prices four years ago rested on a $626 million payout from Apple. This is still the same seven-year-old proceeding, a few appeals, remands, and retrials later. The big payout from Apple is still pending, and this judgment may or may not require Cupertino to finally pull out its checkbook. Even so, it's unclear whether or not the losing party could file another appeal at this point.

I'm not touching this lottery ticket, which is likely to make another big move when the actual verdict is published -- in either direction, destination unknown.