Let's talk stocks. It may be time for pumpkin spice and everything nice, but there are plenty of promising investments that could be worthwhile buys this month for opportunistic investors that aren't afraid to take on some risks for the pursuit of potentially great rewards.

Fitbit (NYSE:FIT), Alibaba (NYSE:BABA), and Netflix (NASDAQ:NFLX) are just some of the stocks with interesting stories playing out right now. They're all working on positive momentum in recent weeks with catalysts to keep the good times coming. Let's dive into their respective tales. 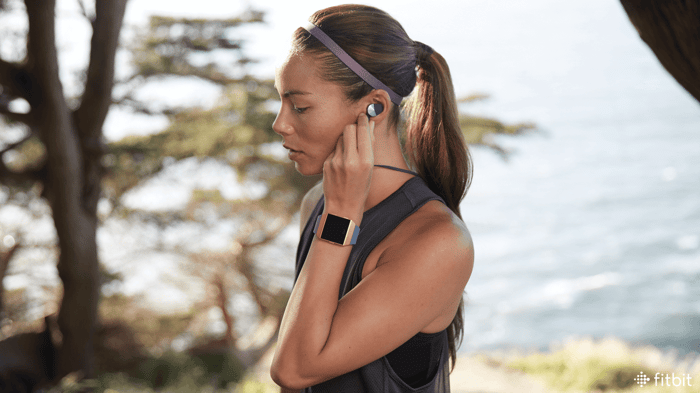 The company behind the namesake fitness trackers is on a roll these days. Fitbit stock has rallied 34% over the past two months, reversing what had been one of the ugliest slides of the IPO class of 2015.

Fitbit's newfound popularity for investors can be attributed to the retail rollout of Fitbit Ionic smartwatch over the weekend. The Food and Drug Administration also tapped Fitbit as one of nine companies entered into a digital health pilot program that could help it push out new products with less regulatory hassle.

Fitbit is still not back to where it needs to be if it wants to succeed as a turnaround story. It has posted three consecutive quarters of double-digit revenue declines, and it's targeting a 22% to 29% top-line drop this year. However, between new products and favorable stock momentum, it could be a tempting purchase trading at roughly a third of its IPO price.

There are more than 200 companies that have doubled this year, and the biggest one -- by far -- is China's Alibaba. The leading online marketplace operator packs a market cap of $450 billion, but despite its gargantuan size, it can still pull off some pretty heady growth.

The company behind China's Taobao and Tmall marketplaces saw its revenue soar 56% in its latest quarter with earnings nearly doubling in the process. Alibaba may not be a household name for stateside investors, but it's a juggernaut in Asia with 466 million active consumers over the past year.

As great as this year has been for Alibaba investors, some Wall Street pros see even better days ahead. Ken Sena at Wells Fargo put out a bullish note on Alibaba last week, arguing that advances in artificial intelligence should result in Alibaba's top- and bottom-line results exceeding analyst estimates.

One of the first tech bellwethers to report fresh financials this earnings season will be Netflix, stepping up in two weeks with its third-quarter results. Netflix expects to have closed out the quarter that ended over the weekend with a whopping 108.35 million streaming subscribers worldwide. Its guidance back in July was calling for earnings nearly tripling on a 30% surge in revenue.

Netflix has been conservative with its forecasts more often than not, and the market has often responded by rallying. Netflix was the S&P 500's best performer in 2013 and 2015, and it's not likely to repeat in 2017 but investors are having another strong odd-numbered year with the shares up 45% year to date.

The cherry on top is that short interest is rising. There were 29.6 million shares of Netflix sold short as of mid-September, the largest number of bets placed against the dot-com darling since October of last year. Naysayers were burned a year ago, and the ingredients are in place for another short squeeze this time around if Netflix comes through with another blowout report.