Fitness-wearables specialist Fitbit (NYSE:FIT) reported its second-quarter results after the market closed on Aug. 2. Revenue and earnings plunged on a year-over-year basis, as Fitbit continues to reel from decreased demand for its products. The situation did improve some, with Fitbit selling more devices compared to the first quarter, achieving a higher gross margin, and cutting its costs. The second half of the year will feature the launch of Fitbit's smartwatch, which could provide a revenue boost if successful. Here's what investors need to know about Fitbit's second-quarter results. 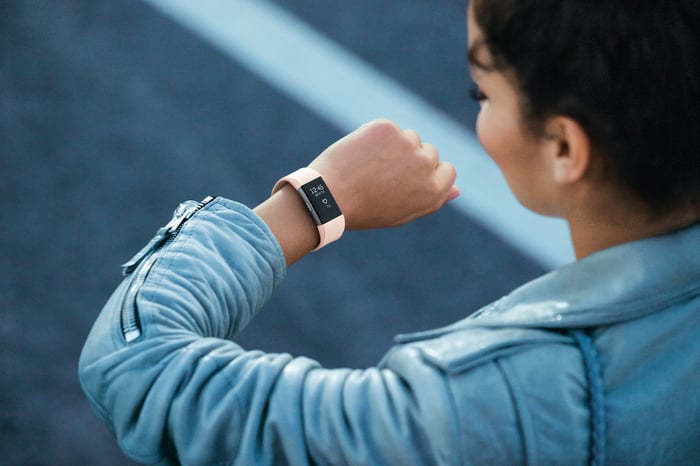 Fitbit provided the following guidance for the third quarter and for the full year:

Fitbit CEO James Park said that the company is on track to hit its full-year targets: "Consumer demand in the second quarter was better than anticipated, enabling Fitbit to reduce channel inventory and generate better sales. We are executing according to our transition plan and have increased confidence in achieving our full year results."

Park also discussed the company's upcoming smartwatch: "Our smartwatch, which we believe will deliver the best health and fitness experience in the category, is on track for delivery ahead of the holiday season and will drive a strong second half of the year. In the long term, we are confident in our vision for the future and are uniquely positioned to succeed by leveraging our brand, community, and data to drive positive health outcomes."

Fitbit's results were terrible on a year-over-year basis, but an improving gross margin and declining operating costs are two signs that the company is on the right track. Costs will need to be reduced further, and revenue will likely need to start growing again, before the company can return to profitability.

Fitbit's smartwatch, set to launch later this year, has the potential to be the hit product that the company desperately needs. It won't be easy going up against the Apple Watch and other competing devices, though, especially given the concerns raised about problems plaguing Fitbit's development process. If Fitbit's smartwatch turns out to be a dud, the turnaround will likely stop dead in its tracks.