Though 2017 hasn't been a banner year for shareholders of Intel (NASDAQ:INTC) -- its stock is up 8% overall -- things have definitely improved for them lately. Intel shares rose 17% in the past three months, and by more than 11% over the past 30 days, pushing their price to highs not seen since 2000.

With the third-quarter earnings report scheduled for Oct. 16, shareholders wondering if Intel's rapid run-up will continue need two questions answered: What factors have been driving the recent bullishness, and are they sustainable? 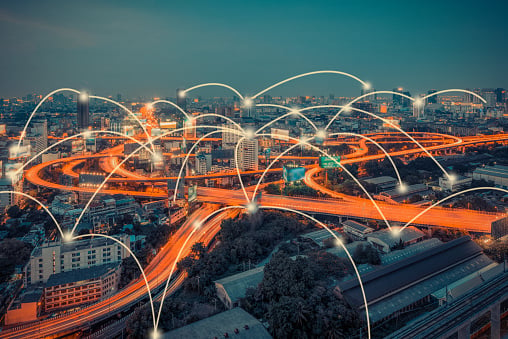 There was no single catalyst responsible for Intel's stock performance; instead, it was a host of positives. The self-proclaimed "data center first" chipmaker has a way to go, but recent events suggest CEO Brian Krzanich's transition to a focus on cutting-edge markets is beginning to bear fruit.

One of the primary drivers of competitor NVIDIA's  (NASDAQ:NVDA) jaw-dropping earnings -- last quarter, its revenue increased 56% year over year to $2.23 billion -- was a more than 150% jump in data center revenue. Though Intel's data center sales still dwarf NVIDIA's, the latter is making headway. But still, some payback was warranted.

It looks as though the payback will come in the form of Intel supplying the components for Tesla's comprehensive infotainment systems, pushing former supplier NVIDIA to the curb. Tesla isn't  the largest auto manufacturer, but it's still a major Internet of Things (IoT) feather in Intel's cap.

Virtual reality (VR) is another market expected to skyrocket, and not just for gaming, though that application is expected to lead the charge. Intel hopes its recently unveiled wireless technology -- and the freedom to roam it offers users -- will be the catalyst that gets the ball rolling. According to one conservative estimate, VR will drive over $40 billion in sales in 2020.

Expanding cellular network capacity and performance utilizing 5G is another opportunity with nearly limitless potential, and Intel is also delivering in this key market. Intel has partnered with a couple of European-based networking  giants, and they recently unveiled what they have described as "the first public 5G live network use cases in Europe."

You might think that after Intel's recent stock price run, it's too late to jump on board. The good news is that nothing could be further from the truth. Intel is valued at a mere 12.9 times forward earnings estimates. For some perspective, its peer group average today is 24.2 times trailing earnings. Intel is also a screaming bargain by almost every other common metric used to measure value.

Intel's recent wins in what are expected to become huge markets have gotten much of the attention recently, and rightfully so. But let's not forget Intel's is also delivering with each successive quarterly earnings report.

Last quarter's $14.8 billion in total revenue was another record-breaking result, and its data center, IoT, memory solutions, and PC units all performed admirably. And in a result that may come as a surprise to some, PC-related sales rose 12% to $8.2 billion. There is growing sentiment among analysts that the PC market is stabilizing, and Intel's results continue to prove that point.

Data center revenue climbed 9% to $4.4 billion last quarter, IoT was up 26% to $720 million, and memory sales soared 58% to $874 million. Krzanich's cost-cutting efforts are also in full-swing; the company shaved its operating expenses last quarter to $5.27 billion, down 21% year over year.

Not only has Intel won over investors, it's earned the plaudits that are finally coming its way. It's scoring big wins where they count, its PC component revenue continues to climb quarter in, quarter out, and its data center sales are back on track. And most important for investors, it's not too late to jump on and enjoy Intel's ride.