But for its largest segment, North America Beverages (NAB), PepsiCo, Inc. (PEP -0.71%) would have been able to claim a fairly impressive quarter when it released its fiscal third-quarter 2017 earnings Wednesday morning. PepsiCo's beverage business sagged unexpectedly, causing the company to pull back on projections for full-year organic revenue growth. Yet strength in snacking division Frito-Lay North America (FLNA) and other segments allowed management to raise fiscal 2017 earnings-per-share guidance. We'll dive into these disparities after reviewing the headline numbers directly below. 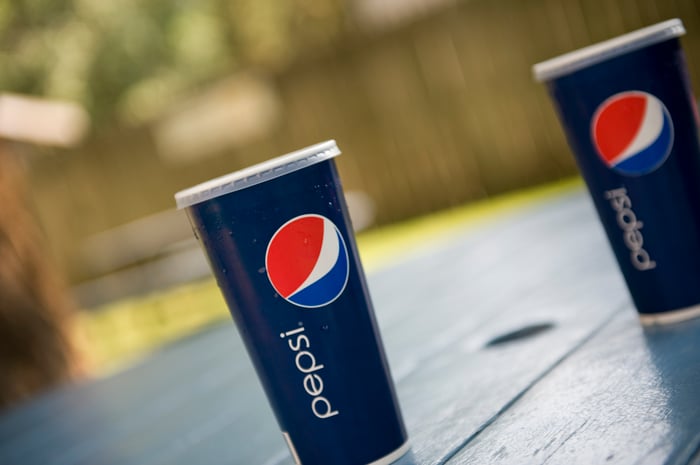 In the company's earnings press release, CEO Indra Nooyi acknowledged the somewhat surprising slump in North America Beverages, but was also quick to highlight the outperformance of the business as a whole:

Overall, our businesses performed well in the third quarter in what continues to be a challenging environment. Each of our operating sectors delivered results in line with or ahead of our expectations, with the exception of North America Beverages (NAB) where revenues declined following two consecutive years of very strong third-quarter growth. Despite the challenges in our NAB business, the PepsiCo portfolio overall generated revenue, operating profit and earnings-per-share growth. Although we have moderated our full-year organic revenue growth outlook, we are now on track to exceed the full-year earnings-per-share target we set at the beginning of the year.

In the recent past, PepsiCo's non-carbonated portfolio, which includes drinks like Gatorade, Tropicana orange juice, and the new LIFEWTR enhanced water product, has been able to absorb soft-drink volume declines within NAB. Thus, it's possible that NAB's weak numbers are a temporary blip in what has been a relatively stable trend of flattish volume and revenue growth.

Even so, PepsiCo acknowledged this headwind on its overall business by removing its companywide organic revenue growth target of 3%, and projecting instead that organic growth will match final full-year reported revenue growth. That number sits at 1.8% through the first three quarters of the fiscal year.

However, the robust showing in the remainder of PepsiCo's revenue streams, powered by FLNA's outsized impact on total net income, allowed management to raise the outlook for core (adjusted) earnings per share, as CEO Nooyi indicated above. PepsiCo now expects to earn $5.23 per share for the full year, versus a previous expectation of $5.13. While the company is still thirsting for revenue growth, it's snacking on higher profits.