The office supply retailer tanked after it lowered and announced a major acquisition.

Shares of Office Depot Inc. (ODP 0.36%) were tumbling today after the company reported preliminary third-quarter results, lowered its guidance for the year, and said it would acquire IT services provider CompuCom for approximately $1 billion.

For a company with a market cap of just $2 billion, the move constitutes a significant strategic shift as the office supplies retailer will focus on providing tech services as CompuCom manages around 6,000 licensed technicians serving 5.1 million end users. 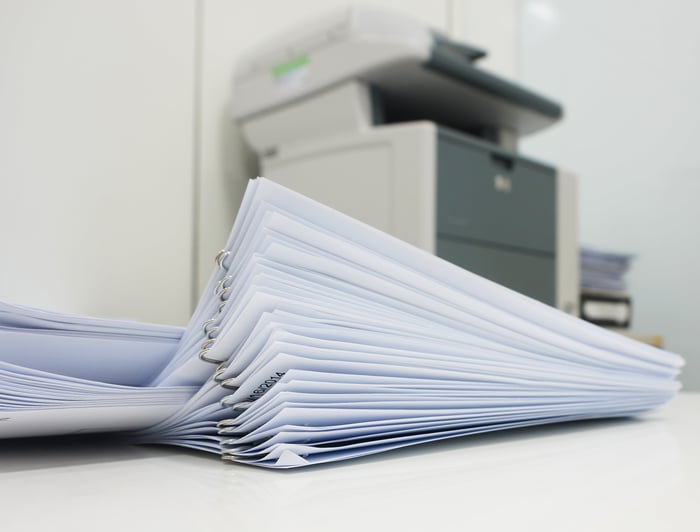 Management described the acquisition as a pivot to a broader business services and technology products platform, with CEO Gerry Smith saying, "Technology is the office supply of the future."

Clearly, investors were not won over by the deal, but it was unclear if the guidance cut or the acquisition was the primary reason for the sell-off. The acquisition was expected to add $1.1 billion in annual revenue and deliver cost synergies of $40 million over the next two years.

Separately, the company said sales were down 7%-8% in the third quarter, with comparable sales of 5%-6% and adjusted operating income of $125 million-$135 million.

For the full year, the retailer now sees adjusted operating income of $400 million-$425 million, down from $500 million, as the company cited the impact from three hurricanes, weak store sales, and higher supply chain costs.

Office Depot's acquisition of CompuCom is reminiscent of Best Buy's purchase of Geek Squad and other attempts by retailers to branch into services. With office supply retail crumbling and its merger with Staples blocked, Office Depot must to do something to maintain its relevance. Even if doesn't save the company, the CompuCom deal is better than simply treading water in a declining industry.