Please ensure Javascript is enabled for purposes of website accessibility
Log In Help Join The Motley Fool
Free Article Join Over 1 Million Premium Members And Get More In-Depth Stock Guidance and Research
By Jordan Wathen - Oct 5, 2017 at 9:15AM

Actively managed funds get a bad name, but some active funds more than earn their keep. Here are three basic benefits of active funds vs. passive funds.

The debate between active or passive funds has become religion. Many indexers argue that actively managed funds are almost assured to underperform and carry higher expenses, which make them one of the worst ways to invest.

In truth, there is a little more nuance than "active is bad" and "passive is good." To be sure, passive funds have their benefits, but active funds can have their advantages, too.

1. Active funds can be opportunistic

Passive funds typically employ rules-based investment strategies in which investments are effectively picked by a checklist. These rules generally work, but when everyone rushes into one popular trade, it can create some imbalances that wouldn't necessarily happen if passive funds played a smaller role in the market.

Here's just one recent example of passive investing gone mad: Following the 2016 presidential election, bank stocks rallied like we hadn't seen in years, as investors believed higher rates and inflation would bolster bank profits. But not all banks got an equal lift. Shares of smaller banks that are included in passive bank ETFs jumped 32% in a single quarter. Banks of similar size that weren't in popular ETFs saw their valuation rise only 19%.

Of course, a bank's future earnings power has almost nothing to do with whether or not its stock is included in a passive fund. But whether or not a bank stock is in an ETF is clearly important to its valuation.

The inflexible nature of passive funds means that they have to buy stocks by mandate. That means that if money piles into a passive fund, it will just allocate the cash to the stocks it already owns, often paying higher and higher prices with no regard for relative value. Active managers have the flexibility to search for better values elsewhere, even if it means doing something as simple as selling one higher-priced stock in a popular index to buy a lower-priced stock that isn't part of the index.

All else equal, a company that trades at 12 times earnings is a better investment than one trading at 15 times earnings, and it may make sense to hedge risks with derivatives like stock options. But only active managers have the flexibility to make that judgement call and deviate from the index. 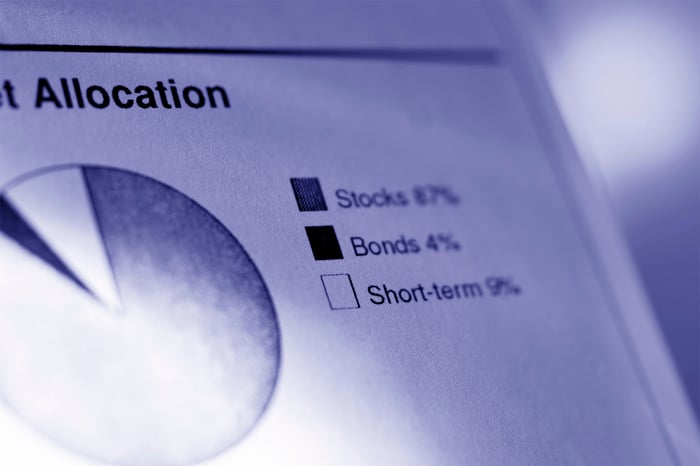 The advantage of active funds over passive funds can be debated in stocks, but there is one corner of the asset management industry where almost everyone agrees active management is better: bonds and fixed-income investments.

Index funds haven't yet caught on in the bond world because their rules-based methodologies don't work so well in less liquid, less standardized corners of the financial markets. For example, the prototypical stock index and the funds that track it weight stocks based on the size of a company's market value. Funds that do this are known as "market-cap weighted" funds, and they make up a majority of passive index funds by assets.

However, using a similar size-based rule in the bond world has an obvious flaw: Investing more money into the companies with the most bonds outstanding means that bond index funds put more money at risk in the most indebted companies. As any lender will tell you, the best borrowers aren't their biggest borrowers, but the borrowers who are most likely to repay what they owe.

Many large companies have several bonds outstanding, but index funds are typically limited to investing in the most liquid bonds. If a company has two similar bonds outstanding, one that is highly liquid and yields 4% and another that is less liquid and yields 5%, active managers can choose to invest in the higher-yielding bond, earning a higher return without any extra default risk. Passive funds don't have that kind of flexibility.

3. The ability to outperform

Studies show that most actively managed funds underperform passive funds over the long haul, primarily because of the difference in fees. But it's a mistake to categorize all active funds as too costly to outperform.

In fact, Vanguard, which is the poster child of passive funds, has highly successful active funds in its lineup. Many of them are dirt cheap, with annual expense ratios teetering around 0.40% per year or less. That may be costlier than the average index fund, but by no means is it comparable to the 1% expense ratio typically thrown around when people discuss actively managed funds.

In 1984, Vanguard entered the actively managed fund business when it created the Vanguard PRIMECAP Fund as a pioneer in low-cost active funds. Vanguard's founder, Jack Bogle, put up the first $100,000 of investment capital to launch the fund from his own pockets, believing that a low-cost active fund could outperform the market average.

His hunch was right. Since its inception in 1984, that fund has generated annualized returns 2.4% higher than its benchmark, the S&P 500 index.

This fund's outperformance is due to both the acumen of its stock pickers and the fund's relatively low expense ratio. Notably, its expense ratio last stood at 0.39%, less than half the expense ratio of the average actively managed fund, thus ensuring that good stock picking isn't outweighed by high costs.

Active managers who work for a lower price have a much better chance at beating the market than their higher-cost peers. Morningstar research indicates that 62% of the least expensive active U.S. stock funds beat their benchmark over a period spanning from 2010 to 2015. Of the most expensive (those in the top 20% by expense ratio), only 20% outperformed. Most impressively, the study is based on a period that includes a robust bull market, which typically favors passive funds.

This isn't to say that picking fund managers that can beat the market is easy, because it certainly isn't. But the point is that there is some nuance that gets lost in the argument when we categorize funds by "active" or "passive," rather than "high-cost" and "low-cost."

Mathematically, passive funds are guaranteed to underperform the index after fees are taken into consideration. Active funds are the only funds that offer the ability to generate index-beating performance, which is one of the reasons they remain popular, despite their higher costs.