Looking for a few stocks that offer big-time profit potential? Take a look at these three businesses.

We Fools believe that picking stocks is a worthwhile endeavor since companies can generate life-changing wealth for their investors.

But which stocks, in particular, do we think are capable of showering their shareholders with huge gains from here? We asked a team of investors to weigh in, and they picked International Business Machine (IBM -0.05%), Intuitive Surgical (ISRG 2.69%), and Abiomed (ABMD 2.85%). 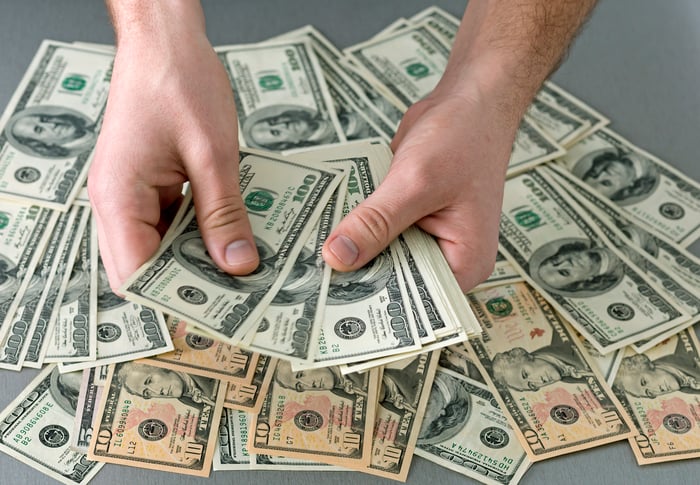 Reuben Gregg Brewer (International Business Machines): Global technology giant IBM, a company I own, has seen its revenues fall every quarter for more than five years. But, interestingly enough, the company continues to remain widely profitable, supported by stock buybacks. As Motley Fool's Keith Noonan recently pointed out, it also produces more than enough cashflow to cover its capital spending and growing dividend. The yield is a noteworthy 4.1%. 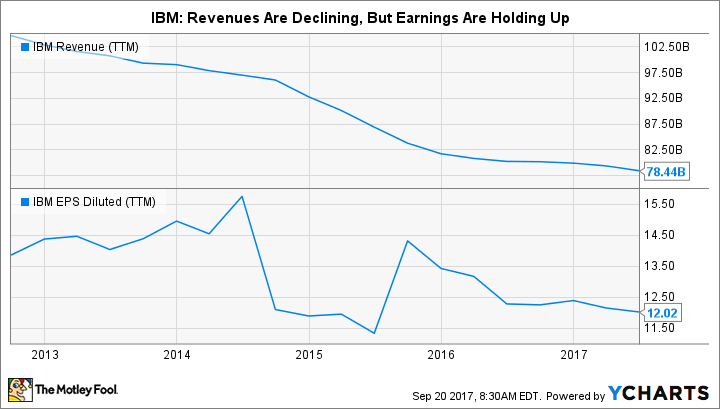 The revenue drop stems from IBM's shift from older businesses, like building computers, to newer ones, like cloud computing, security, and artificial intelligence. The transition is taking so long because IBM is a giant $134 billion market cap ship that turns slowly. With new businesses now contributing around 43% of revenues, though, it looks like it may finally be reaching a tipping point. The future, in other words, could soon start looking increasingly bright for this tech juggernaut.

IBM's yield is near the high end of its historical range. It has increased that disbursement annually for 22 consecutive years, with an average annualized increase of 17% over the past decade. This could be a rare opportunity to buy a dividend growth machine with a fat yield. That could be life altering for dividend investors, but it comes as IBM works to change the lives of those it touches, too, as this over 100-year-old company adjusts, again, to the changing world around it.

Keith Noonan (Intuitive Surgical): As a stock that looks primed to be a long-term winner backed by an underlying business that's already changing lives, Intuitive Surgical fits the theme of this panel on multiple levels.

The company is the leader in the surgical robotics space and creates machines and equipment that allows surgeons to carry out minimally invasive procedures with levels of precision that would otherwise be difficult to replicate. To get an idea of what its technologies are capable of, check out this video of a surgeon using one of the company's da Vinci Surgical System robots to stitch a piece of peel back onto a grape:

The company's devices have been used to carry out more than 3 million surgeries worldwide, and adoption is still growing at a healthy clip -- with the number of procedures using da Vinci robots last quarter up 16% year over year.

Intuitive stands as the leader in the space and looks to enjoy a significant moat that will help it stay at the forefront of robotic surgeries. In addition to having the top technology, surgeon-familiarity with da Vinci machines and the expensive nature of the technology creates heavy switching costs for hospitals.

With a winning business model and the leading technology in its space, Intuitive Surgical stock has the characteristics of a real life-changer.

Life-changing potential in more ways than one

Brian Feroldi (Abiomed): Surgeons have used a procedure called percutaneous coronary intervention (PCI) -- using balloons and stents to increase blood flow in clogged arteries -- as a tool to fight cardiovascular disease for years. However, while this procedure remains very popular to this day, many patients are not candidates for the surgery because their heart is deemed to be too weak.

Abiomed -- a medical device company focused on heart pumps -- is on a mission to give those high-risk patients a fighting chance. The company makes a family of small, easily implantable pumps that can be inserted into a patient's heart prior to surgery. When turned on, the pump helps to ensure that the patient's blood will keep flowing during the procedures. As a result, many patients with weak hearts can suddenly become surgery candidates.

Understandably, Abiomed's life-changing innovation has become a huge hit with the medical community. In turn, the company's financial statements have flourished thanks to broad provider adoption. 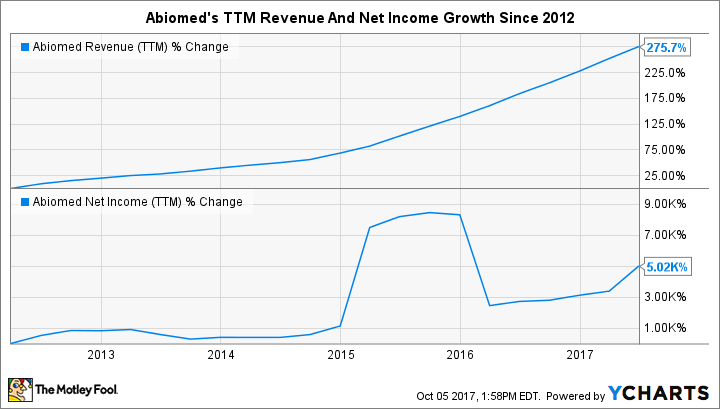 Despite the traction, there's ample reason to believe Abiomed is just getting warmed up. Management estimates that its adoption rate is still in the mid single digits. What's more, the company has several products in development that could be used during other cardiovascular procedures, too.

When added together, Wall Street believes Abiomed's profit growth will exceed 28% annually over the next five years. If true, then this red-hot momentum stock could continue to continue to put up life-changing results for shareholders.