Please ensure Javascript is enabled for purposes of website accessibility
Log In Help Join The Motley Fool
Free Article Join Over 1 Million Premium Members And Get More In-Depth Stock Guidance and Research
By Keith Speights - Oct 6, 2017 at 6:03AM

We chart the best- and worst-case scenarios for the high-flying biotech, depending on how its clinical trials play out.

Cara Therapeutics (CARA -5.59%) has been one of the most exciting biotech stocks to watch in 2017, and the excitement has stemmed from both positive and negative developments. By late June, the stock was up more than 175% year to date. A few weeks later, it had given up half of those gains.

What does the future hold in store for the volatile biotech? Here are two views about where Cara Therapeutics could be five years from now. 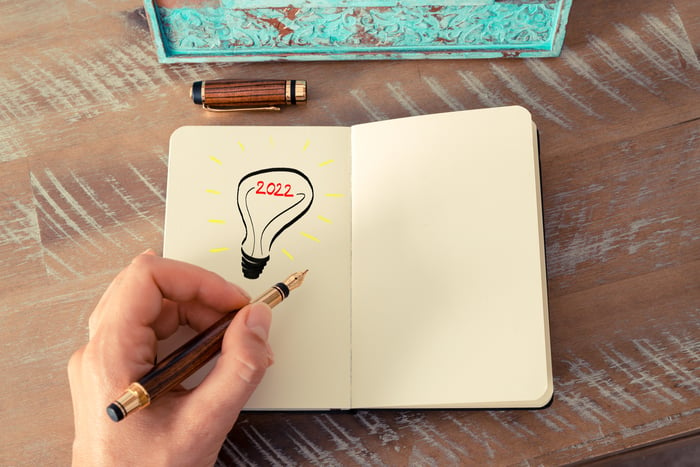 I'm optimistic by nature. Therefore, it's not surprising that I think the best days could be ahead for Cara Therapeutics. It's not hard to envision a scenario where this company is a tremendous success story by 2022.

The first hurdles it faces on the path to that success are the late-stage studies of the intravenous (IV) version of CR-845 as a treatment for post-operative pain and chronic kidney disease-associated pruritus (CKD-aP). Cara expects to have results for both in early 2018.

In the optimistic scenario, those late-stage studies will show IV CR-845 does a great job in reducing pain, and presents no serious safety concerns. That would lead to Cara filing for approval in both indications a little later in 2018. The FDA could give IV CR-845 a green light in post-operative pain and CKD-aP sometime in 2019, and the drug would go to market shortly thereafter.

The ideal result for Cara would be that physicians flock to IV CR-845 in both indications, generating an influx of revenue that allows the biotech to invest more in its pipeline. In this rosy picture, oral CR-845 would also prove successful in treating chronic pain associated with osteoarthritis (the second part of a phase 2 study is ongoing) as well as  in treating uremic pruritis (for which a phase 2/3 study is underway).

These across-the-board successes could be expected to give Cara Therapeutics annual revenue topping $1 billion. Its stock would be worth perhaps 10 times the current valuation. And everyone lives happily ever after.

OK, now let's take that half-full glass of water and drill a hole in the bottom of it. Then pour some arsenic in the water as well. The negative case for Cara Therapeutics would basically be the opposite of everything you just read.

Instead of positive results early next year, assume IV CR-845 demonstrates no statistically significant efficacy versus placebo, and the studies reveal a pronounced increase in the incidences of mid-facial numbness and dizziness -- side effects experienced by some patients in previous trials. In this view of the future, Cara wouldn't be able to file for regulatory approval at all for IV CR-845.

Phase 2 results for both targeting indications for oral CR-845 should be available around the same time as the late-stage IV CR-845 results. If the IV version flops, it's highly likely that the oral version would, too.

This would leave Cara with no clinical program remaining. Only its cannabinoid drug, CR-701, which is now in pre-clinical testing, would be left. Cara would probably lose 90% of its market cap, and likely never fully recover.

What's the most realistic forecast of where Cara Therapeutics will be five years from now? Although the past doesn't allow us to predict the future, it's all we have to go on. Based on previous clinical studies of IV CR-845, I'd say the prospects for success in the late-stage studies appear reasonably good. The drug demonstrated impressive pain reduction for both post-op pain and CKD-aP with a high level of statistical significance. No worrisome safety concerns have been raised, either.

It's not as rosy of a story for oral CR-845, though. Cara announced disappointing results from a phase 2b study in June. At this point, the best hope seems to be with a higher dose of oral CR-845 in treating patients with hip pain. And while the oral formulation isn't as far along in studies for pruritis, I think there is reason to be cautiously optimistic about its potential for the indication.

Perhaps the best bet for prognosticators would be to split the difference between the scenarios. Assume the IV version of CR-845 has great results and the oral version doesn't. Cara stock wouldn't soar 10 times higher over the next few years. However, it probably would make some solid gains over the next year or two.

We will probably know whether the glass is half full or half empty for Cara in a few months.