Please ensure Javascript is enabled for purposes of website accessibility
Log In Help Join The Motley Fool
Free Article Join Over 1 Million Premium Members And Get More In-Depth Stock Guidance and Research
By Brian Stoffel, Travis Hoium, and Keith Noonan - Oct 8, 2017 at 8:00AM

The fastest-growing chipmaker, a Latin American e-commerce player, and a company helping out police forces all make the list.

Returns from chipmaker Intel are hard to fathom. I should know: The co-founder of the company, Robert Noyce, graduated from my alma mater -- Grinnell College. The school was able to invest in the company at the ground level and held for decades. Those types of returns are what allowed me and many other students to get financial aid to help pay for college and take on non-paying internships during our summers.

Officially, investors who bought in at the IPO and have held all the way through are looking at gains of 80,000%, or roughly 19% per year for 39 years.

If an investment like that can do so much for thousands of students, imagine what finding an Intel beater could do for you! Below, three Motley Fool investors introduce stocks that could put Intel's results to shame: NVIDIA (NVDA 1.11%), MercadoLibre (MELI -1.26%) and Axon Enterprises (AXON -1.69%). 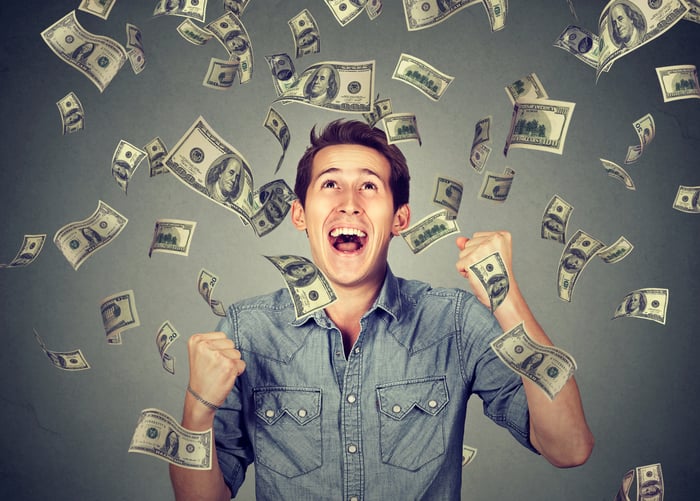 The growth here is off the charts

Brian Stoffel (NVIDIA): I don't like investing in chipmakers. While Intel has obviously been a world-beater over the years, I think the risk of commoditization is too great. Once a company finds a game-changing technology, there's nothing to stop the competition from producing a parroted, slightly cheaper version and selling it to equipment manufacturers.

Having said that, I've also learned that it's silly to bet against chipmakers that are showing ridiculous sales growth. NVIDIA is one such company. Having founded the Graphics Processing Unit (GPU) niche in the industry, NVIDIA has long seemed like a solid investment. But for years, the stock went nowhere: It was essentially flat from 2006 all the way until 2015.

Since July of that year, however, it has exploded, jumping over 800%. The reasons for this have to do with new applications. GPUs went from being the standard-bearer for video games to being necessary in the nascent -- yet booming -- industries of virtual/augmented reality, self-driving cars, and blockchain currencies. Revenue has jumped 89% in the last three years alone.

Remember, however, that just because NVIDIA could put Intel's returns to shame doesn't mean it will. Already, AMD is working on various products that could undercut NVIDIA. That hasn't happened yet, but it's a threat investors need to be keenly aware of.

Keith Noonan (MercadoLibre): With shares up roughly 210% over the last five years, Latin American e-commerce leader MercadoLibre has already been delivering great returns -- but the stock's best days could still be ahead.

Its online store, which can be thought of as a Latin American version of Amazon.com, is growing business at a rapid clip and should benefit from a substantial network effect, and the company is making moves to expand its position in the broader e-commerce space. Last quarter, 61.5 million items were sold through the company's store -- up 41% year over year, and overall sales on the platform increased 85% on a constant-currency basis. Along with growth for non-marketplace segments, this helped propel Mercado's revenues for the quarter up roughly 60% over the prior-year period.

Beyond its own store, MercadoLibre looks to have a major opportunity in the fast-growing online-payment space. Its MercadoPago platform is the category leader in Latin America and saw total payment transactions increase roughly 63% year over year in the last quarter. The company is also branching its platform into enterprise services, providing vendors a way to quickly set up and maintain their own online sales portals. In a move that further extends its influence in online retail, the company has launched a financing segment that will lend cash to businesses.

Travis Hoium (Axon Enterprise): When Intel was one of the world's hottest stocks, it was because it was an ingrained part of the Windows PC universe, essentially becoming a must-have component for most of the world's computers. The world of law enforcement is very different, but Axon Enterprise's tasers and body cameras are becoming must-have components for agencies around the world.

What's beautiful about Axon's business model is that the body camera is just the beginning. Once a camera is in the hands of a customer, Axon can add cloud storage, data management, tools for prosecutors, and even artificial intelligence to its sales pitch. Once customers begin using these products and they become ingrained in the law enforcement and prosecuting process, it will be hard to change vendors. Axon is building a very sticky business in body cameras.

What I like about Axon's return potential is that the company is growing like a weed right now with no signs of stopping. 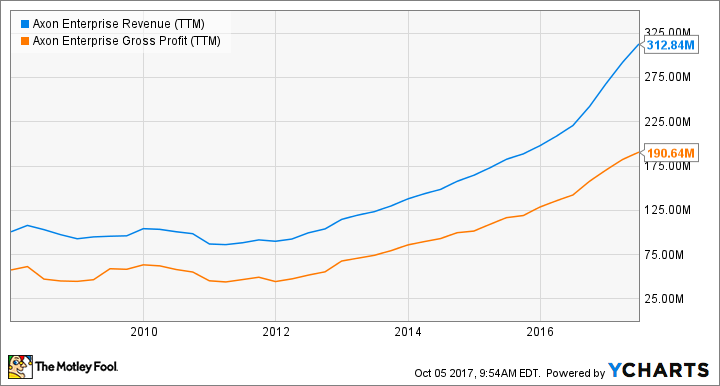 On top of growth that's already hit the income statement, body-camera services, like cloud storage and records management, include long-term contracts that have gross margins in excess of 70%. At the end of the second quarter, future contracted revenue was $446.1 million and had grown 14% sequentially. Long term, this will drive profitable growth, and I think will put Intel's returns to shame.