Please ensure Javascript is enabled for purposes of website accessibility
Log In Help Join The Motley Fool
Free Article Join Over 1 Million Premium Members And Get More In-Depth Stock Guidance and Research
By George Budwell - Oct 8, 2017 at 9:00AM

AstraZeneca's shares finally broke out of their slump in September.

After a tough couple of months, British pharma giant AstraZeneca (AZN -1.42%) actually saw its shares rise by a healthy 12.5% last month, according to data from S&P Global Market Intelligence. The drugmaker's stock had been in a tailspin following the late-stage failure of its lung cancer immunotherapy cocktail consisting of the checkpoint antibodies Imfinzi (durvalumab) and tremelimumab. September marked the first month where Astra's shares gained ground since this landmark event. 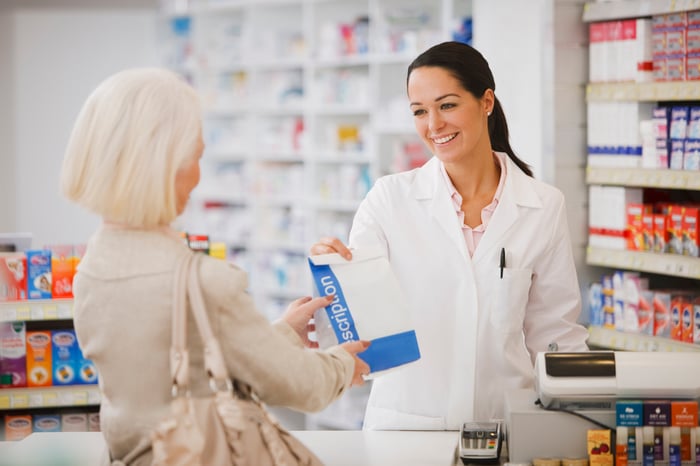 Astra's double-digit rise in September wasn't really the result of a positive clinical or regulatory catalyst -- or even an improving fundamental picture. Rather, the drugmaker's shares seemed to rally mainly on a positive note from investment banker Bernstein -- even though Astra did report an encouraging clinical update for Imfinzi in the lung-cancer maintenance setting at the European Society for Medical Oncology annual meeting in Madrid last month.

According to the report, Bernstein believes Astra's shares are now undervalued based on the company's broader portfolio of recently approved oncology drugs, along with its top-notch clinical pipeline that could generate multiple blockbuster products by 2022. Taken together, Bernstein argued that these two key factors could spark buyout interest in Astra from other big pharmas looking to replenish their own product portfolios in the wake of the ongoing patent cliff.

Is Astra an attractive buyout target? At this point, I don't think so. Astra has now fallen way behind the rest of the increasingly crowded field of companies developing anti-cancer checkpoint inhibitors, and that was management's main plan to return to growth on a consistent basis. Adding insult to injury, Astra's PARP inhibitor Lynparza is facing stiff competition from several newly approved drugs in the advanced ovarian cancer space.

So even though Astra could mount a comeback if Imfinzi's overall survival data in front-line lung cancer pans out sometime next year, there's no compelling reason to think this struggling biopharma is a particularly attractive buyout target right now. As such, I'm content to watch this big pharma stock from the safety of the sidelines for now.