On a quiet day on Wall Street, these stocks rose. Find out why.

Many investors don't realize that the stock market is still open for business on some federal holidays. Market participants enjoyed a relatively quiet day on Monday, with major benchmarks easing lower from their record-setting sessions last week. Third-quarter earnings season is set to start in earnest later this week, and investors will want to see continued signs of overall strength throughout the economy. Some individual stocks posted significant gains today, reporting good news that made shareholders more optimistic about their future. EZCORP (EZPW -0.80%), OneMain Holdings (OMF -0.21%), and Helix Energy Solutions Group (HLX -3.51%) were among the best performers on the day. Below, we'll look more closely at these stocks to tell you why they did so well.

Shares of EZCORP climbed over 6% after the pawn shop operator said that it would make a major addition to its store network. The company currently has an extensive network of locations throughout the U.S. and Mexico, but today's deal involves a strategic acquisition of more than 110 pawn shops located in Guatemala, El Salvador, Honduras, and Peru. CEO Stuart Grimshaw said that the acquired stores have higher per-store loan balances and earnings than existing stores elsewhere in its network. EZCORP has benefited from its decision to concentrate on its core pawn business, and today's move further demonstrates its commitment to following through on its strategic vision. 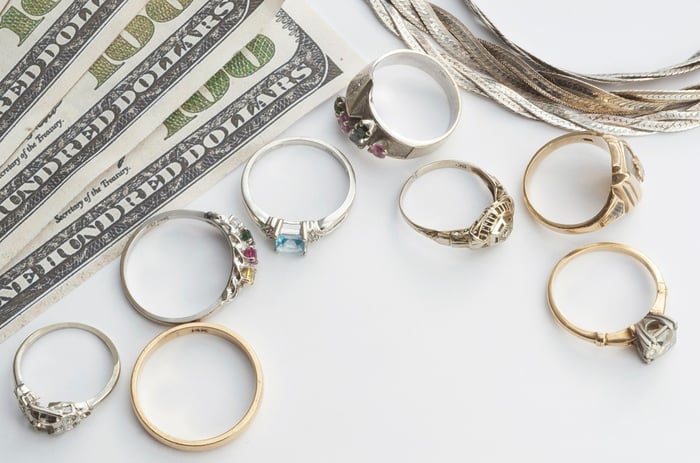 OneMain looks for a buyer

OneMain Holdings stock jumped 10% in the wake of reports that the loan originator intends to put itself up for sale. The company plans to gather interested bidders together in order to solicit possible bids through an auction process. OneMain makes a substantial amount of its money through subprime loans, and lenders in that business faced difficult conditions during the financial crisis. Some wonder whether putting OneMain up for sale could be a signal that the business has reached its peak, but shareholders seem optimistic that the company will find bidders willing to pay a premium to the stock's current value.

Finally, shares of Helix Energy Solutions Group climbed 10%. The provider of offshore drilling services soared on reports that it is looking at potentially selling itself as part of its assessment of strategic alternatives. With energy prices still not having recovered all of their lost ground since 2014, now might seem like an odd time for companies in the industry to look to join forces. Yet some industry experts believe that given the challenges facing many energy services companies, achieving greater economies of scale through consolidation is the best way to ensure long-term survival. Other small oil and gas services providers have attracted bids recently, and investors hope that Helix will get a similarly friendly reception.

Why Shares of EZCORP Are Plunging Today