Ambarella's computer vision opportunity might be dented by stiff competition.

Ambarella (AMBA -2.30%) is desperately hunting for new growth avenues as its prospects in the drone and the action camera market appear to be diminishing. Customers such as GoPro and DJI are reducing their reliance on the chipmaker, so the vision specialist has found growth difficult to come by in recent quarters.

Looking ahead, Ambarella's decline looks to continue as the company's tepid third-quarter guidance indicates that the revenue will shrink on a year-over-year basis. Ambarella bulls believe that the company's upcoming chip platform could become the basis of a turnaround as it addresses a fast-growing opportunity. But is this going to be the case? Let's take a look. 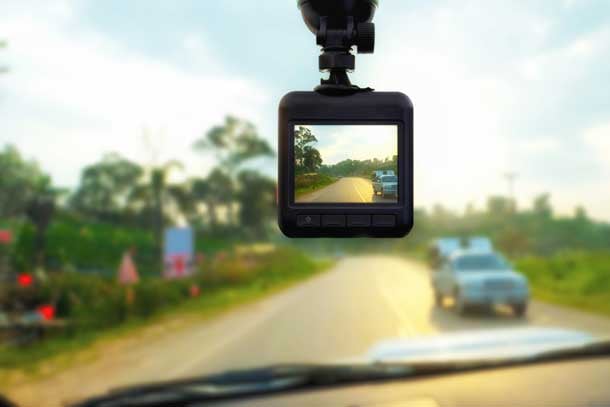 Ambarella has drummed up a lot of hype around its upcoming computer vision chip -- dubbed CV1 -- which has been under development for four years. The company received the first samples of the CV1 chip in May, and since then, it has successfully tested the software elements of the chip.

Ambarella now plans to showcase the working capability of this chip at the Consumer Electronics Show in January next year. But before that, it will start sampling the new platform to its customers during the fourth quarter. Now, this new chip seems to have turned up the excitement of investors and Wall Street analysts alike.

Morgan Stanley, for instance, believes that the CV1 platform could help Ambarella make a bigger dent in the security camera and drone market. The firm also believes that CV1 will help the chipmaker take advantage of the proliferation of advance driver assistance systems (ADAS) in vehicles. One estimate puts the computer vision hardware and software market -- with automotive, consumer devices, and robotics being the biggest application areas -- at $48.6 billion by 2022. But investors shouldn't forget that Ambarella isn't the only one training its sights at this potentially fertile ground.

Intel (INTC 1.05%) and Qualcomm (QCOM -0.97%) are competitors to watch. Intel, for instance, has brought together multiple companies to make sense of all the data captured by computer vision chips, driven by its acquisition of vision specialist Mobileye earlier this year.

Mobileye's vision technology forms the basis of ADAS, which is critical to enabling autonomous driving. Its EyeQ family of chips can process the huge amount of data required to support various ADAS functions based on just one camera sensor. As it stands, Mobileye enjoys a huge lead over Ambarella here as its first generation of EyeQ chips hit the market back in 2004.

The company is now developing the fifth generation of these chips with an aim to enable full autonomy in vehicles by 2020. Mobileye has worked all these years to make several camera sensors work in tandem with all the accompanying hardware such as sensors, LiDARs, and radars.

In fact, the company has already demonstrated that its test vehicle can drive from Jerusalem to Tel Aviv and back based on inputs from camera sensors alone.

What's more, Mobileye is in a stronger position to eat into the ADAS market as part of Intel as the chip giant has strung together an enviable alliance of players in the autos space.

The CV1 chip might not help Ambarella make a comeback in the drone market, either. It will run into stiff competition from Qualcomm in this market, as the chipmaker's Snapdragon Flight Drone Platform can help drones navigate in indoor environments without the need for a global positioning system (GPS).

Again, Ambarella investors should note that Qualcomm offers a suite of hardware and software tools that combines navigation, communication, and photography technologies on a single integrated circuit. This helps Qualcomm reduce the weight, size, and power consumption of the drone, which results in a longer flight time.

Therefore, Qualcomm helps developers and drone makers reduce their costs and time to market with its platform given the complete package it offers.

As a result, the success of Ambarella's yet-to-be-launched CV1 computer vision chip isn't a given. Its rivals have made rapid progress in computer vision technology and are offering commercial products already, which might leave very little for Ambarella to hunt for in this multibillion-dollar space.