Keep an eye on these technologies and the companies behind them.

Just think: What if you had bought Alphabet (GOOGL -0.57%) (GOOG -0.54%) just after its IPO, Amazon when it started selling books online, Apple when it invented the PC, or Tesla (TSLA -2.44%) when it came out with a luxury electric car?

Certainly, technological advances can lead to big shareholder returns -- if you pick the right company at the right time. Here are three current pioneering technologies and the companies behind them.

Self-driving cars are coming, and sooner than you might think: Tesla CEO Elon Musk thinks we're only three years away from fully autonomous vehicles. Even non-automotive companies such as Domino's Pizza are hopping on the self-driving trend, as the company recently announced a partnership with Ford to test self-driving delivery vans.

The leading sensor technology behind self-driving cars is lidar -- light detection and ranging -- which uses light wavelengths to identify objects around the car. If you've ever seen a self-driving car with a huge cone on the roof (there are several trials going on now in California and Arizona), that's the lidar system.

The company known to have the most advanced lidar system is Alphabet's self-driving subsidiary Waymo, which has recorded the most self-driven miles of any company (and by many orders of magnitude).

In second place is Tesla, which has also invested heavily in self-driving technology. Interestingly, Tesla doesn't use lidar, but rather a combination of radar, ultrasonic, and passive visual sensors, which Tesla believes can achieve equivalent results at lower cost. Tesla may have the eventual advantage, as it actually makes vehicles, while Alphabet is currently focused only on the underlying technology, choosing to partner with automobile manufacturers such as Chrysler for its trials.

If you are looking to invest in self-driving cars, Alphabet and Tesla are the current technological leaders. However, as I mentioned before, legacy car manufacturers like Ford and GM are also looking to get in the game. 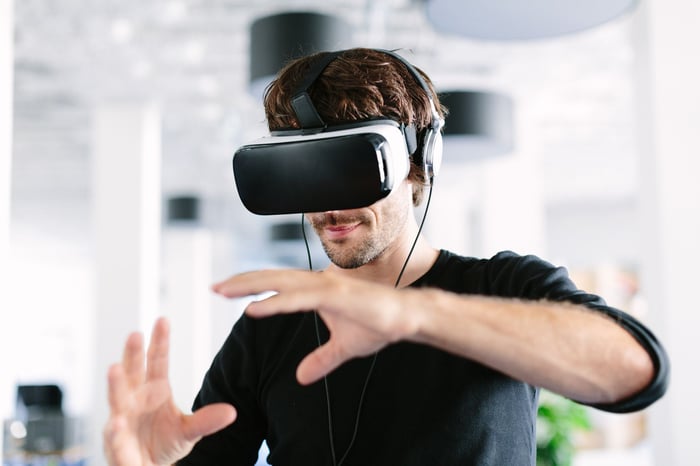 Enterprises are collecting ever-larger sums of data these days, and all this data requires tools to store, process, and analyze it. That's not an easy task -- volumes are getting so large that they overwhelm traditional computing and storage solutions.

However, a relatively new software technology called Hadoop is solving the problem. Hadoop was developed in the mid-2000s by a number of technologists across Silicon Valley, many of whom worked at Yahoo! and Google. Hadoop is an open-sourced project at the Apache Software Foundation, which means the code is open for other developers to modify and augment. How, then, do Hadoop companies make money? Through support and service contracts, or by writing proprietary software on top of the open-sourced platform.

The industry is attractive for two reasons. First, the Hadoop-related market is expected to grow a whopping 43% over the next few years. Second, there are only four Hadoop-specific vendors, as others have dropped out. The remaining four -- Cloudera, Hortonworks, MapR, and Amazon -- should stand to benefit from a consolidated industry. Cloudera and Hortonworks are the only public pure plays, and I like both companies.

Think of what 4G LTE has brought to your life. Advanced applications, quicker internet speeds, and fast uploads have made the smartphone the center of everyday life.

That is why there is so much discussion of 5G and its capabilities. (Note: 5G isn't one specific thing, as hardware standards have not yet been finalized, and carriers don't expect it until 2020 at least.) However, one thing's for sure: It will bring lightning-fast connections, up to 10 gigabit-per-second speeds (100 times faster than a fast 4G connection). While 4G enabled the smartphone, 5G will enable new applications such as the Internet of Things, connected cars, drones, and virtual reality streaming.

5G will use the millimeter-wave spectrum between 30 and 300 Ghz. While this spectrum is good for transmitting huge amounts of data at high speeds, it is not good over long distances. Therefore, future 5G networks will require huge numbers of advanced antennas -- and that will be expensive.

Thus, the largest chip and service providers with the most resources are where to look for investing opportunities. Verizon Communications and AT&T are testing 5G systems in specific markets next year, and chipmaking giants Qualcomm and Intel have developed 5G modems for these tests. Keep an eye on these giants over the next few years to see who takes the lead in this big growth opportunity.