As the broader market and many individual stocks continue to hit all-time highs, many investors have become less and less excited about buying new stocks. It's hard to think that you can get a great return over time when the valuations for many stocks are so high today. That is especially true of stocks that fit the Warren Buffett investment criteria: great businesses selling at good prices.

Three stocks that look like decent deals today and fit the Buffett model -- they're even currently part of the Berkshire Hathaway portfolio -- are General Motors (GM -3.26%), Apple (AAPL -1.26%), and Store Capital (STOR -0.84%). Here's why our investing contributors think these stocks look attractive today. 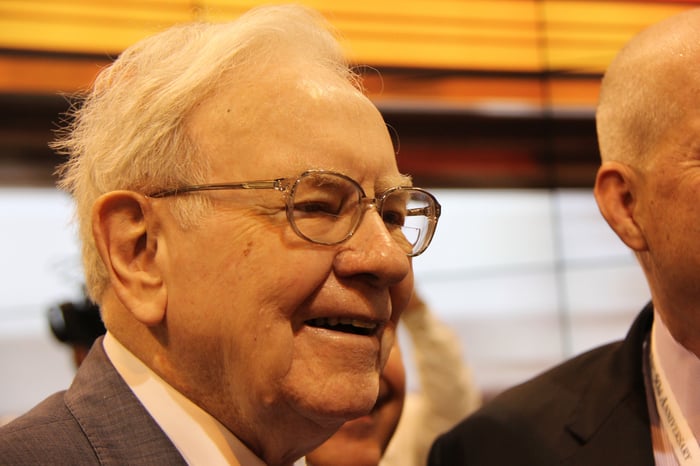 Why General Motors is worth a closer look now

John Rosevear (General Motors): The investment case for General Motors looked pretty solid when Berkshire first bought GM shares a few years back. GM's stock hasn't exactly taken off in the interim, but it still looks solid -- particularly if you're a fan of the Buffett and Munger approach to management. Under CEO Mary Barra, GM has placed great emphasis on delivering high returns on its invested capital, while taking great care of the company's financial situation. Sound familiar?

You can see that approach reflected in GM's rising profit margin, its willingness to exit less profitable businesses (like its European operation), its preparedness for the next economic downturn, and its commitment to return excess cash to shareholders via share buybacks and a steady, sustainable dividend.

Technological disruption? More than most traditional automakers, GM is out in front of the high-tech trends that seem likely to transform the auto business: electric vehicles, self-driving cars, and shared mobility. It's a risk, but GM is in a better position to thrive than most rivals (and better than many new entrants).

Right now, GM is trading at just 6.3 times its expected 2017 earnings. That low valuation means that its dividend (which is fairly modest) is yielding a fat 4.1% right now. I think you could do a lot worse than to buy here, reinvest that dividend, and profit as GM thrives after the next recession.

A lot of earnings power in that valuation

Tyler Crowe (Apple): Is there a more closely monitored company than Apple on the public market? Every press release, every quarterly earnings report, and every word from CEO Tim Cook is put under the microscope to understand how the company is doing and where it will go next. Whenever something is examined that closely, someone is going to come up with a few data points that are discouraging. There always seems to be some fear that the iPhone market is saturated, that the Apple Watch has been a flop, or that the company is struggling to find effective ways to deploy its cash reserves -- which are now measured with comparisons to some countries' GDPs.

Let's take a step back from all that minutiae for just a second and look at the bigger picture. This is a company with incredible brand power. It sells products at high margin, it has generated a return on equity higher than 25% for more than a decade, and it sells at a price-to-earnings ratio of 18. It's incredibly hard to find a company that generates rates of return that high and still sells at a discount to the S&P 500.

We can continue to scrutinize the company's next moves ad nauseam or say that margin for the next iPhone might slip a few percentage points. If these are the biggest issues facing Apple, and I can buy it for less than slower-growth, lower-return stocks like major consumer goods brands, then adding more Apple to a portfolio still sounds pretty attractive.

Brian Feroldi (Store Capital): It has been a brutal year for the retail sector. Between store closures, bankruptcies, and the continued growth of e-commerce giant Amazon, Wall Street has tossed scores of companies with retail exposure into the discount bin.

Store Capital was one of those companies that had been cast aside. This retail-focused real estate investment trust (REIT) had fallen about 20% between January and May of this year. However, the company's fortunes turned around after news broke that Buffett had acquired a 10% position in the company.

Why is Buffett interested in Store Capital? My hunch is that he is a fan of the company's business model. Store Capital specializes in leasing properties to small- and medium-sized businesses that do not have a credit rating with a nationally recognized agency. That scares off other REITs, which keeps the competition low and the rents high.

While this might sound like Store Capital is playing with fire, there are several measures that the company takes to protect itself, including the following:

Combined, these attributes helped Store Capital to realize an occupancy rate of 99.5% last quarter. That's a crazy good number that speaks volumes about the strength of the company's business model.

While shares have bounced back from their lows, investors who buy today can still bank a dividend yield of 4.8%. Add in Buffet's seal of approval, and there are plenty of reasons to consider buying Store Capital today.