These three companies have competitive advantages that will help them thrive over the next five decades.

At the Motley Fool, we tend to think that the best investing approach is to find great companies and hold on to them for the ultra-long term. With that in mind, we asked three of our investors to profile a company that has what it takes to deliver strong performance over the next five decades. Read on to see why they selected Boeing (BA -1.25%), Colgate-Palmolive (CL 0.59%), and Amazon (AMZN -2.49%). 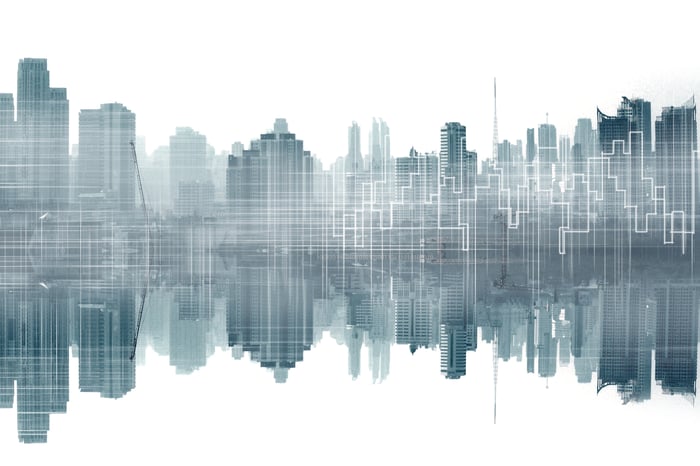 Dan Caplinger (Boeing): It's hard to find a company that you can feel confident will be able to sell the same products half a century into the future. But Boeing has done a good job of changing with the times, having moved forward steadily but surely from its earliest commercial aircraft models to the latest designs. The drive for greater efficiency, convenience, and capacity has created new demand for Boeing aircraft, and a healthy airline industry has given customers the financial wherewithal to be able to afford the latest innovations.

Boeing knows that it has to stay ahead of the competition and can't afford to rest on its past accomplishments. Rival Airbus has started to see its future orders pick up relative to Boeing, although for now, Boeing is still ahead in terms of backlog compared to current annual sales. More importantly, though, Boeing has arguably been more in tune with changing air travel needs, with the 787 Dreamliner helping to open up new markets for airlines that have a need for long-distance travel without the traffic capacity to justify a larger aircraft. As long as Boeing can keep its customers happy, then it has the ability to keep growing for decades to come.

Something to smile about

Rich Duprey (Colgate-Palmolive): If there's one thing Colgate-Palmolive knows about, it's getting things clean. From its Colgate toothpaste and Ajax cleansers to Murphy Oil wood care and Irish Spring bath soap, Colgate-Palmolive makes sure your house is spic and span (though it doesn't own the Spic and Span brand of cleaner).

So ubiquitous are these products, both here in the U.S. as well as in markets around the world, that Colgate has the dominant market share for many of them. For example, it owns almost 44% of the global toothpaste market, 33% of the worldwide manual toothbrush market, and is the industry leader in the U.S. liquid hand soap market with its Softsoap brand.

Moreover, few companies have as long an operating history as Colgate-Palmolive, which was founded in 1806, and fewer still have paid dividends longer. It first began making shareholder payouts in 1895 and has increased the dividend every single year since 1963, making it one of less than two dozen companies that can declare themselves Dividend Kings, or those who've raised their payouts for 50 years or more.

Not that the consumer products giant is without the occasional problem. Because three-quarters of its sales are generated outside of the U.S., primarily emerging markets, it is subject to the rising value of the U.S. dollar and sometimes unstable political climates, such as the financial and economic crisis in Venezuela that caused it to deconsolidate its operations there in 2015 after 72 years of business in the country.

Even so, it's a stalwart business and after 211 years in business, it's easy to believe it will be around for another 50, paying dividends and cleaning up the world.

Becoming the everything company

Keith Noonan (Amazon): Under the stewardship of CEO Jeff Bezos, Amazon has rarely stood still or backed away from risks that had the potential to move the company toward its long-term goals. What started as an online bookstore expanded and evolved to become the word's leading e-commerce platform. From there, the company launched Amazon Web Services (AWS) -- its cloud platform and the current leader in the fast-growing and far-reaching space. That's an irregular trajectory and one that evidences great management and a penchant for innovation.

These characteristics helped the company grow its market cap more than a thousand fold since going public in 1997, and its ability to innovate and invest intelligently in the future makes it one of the best growth stocks to hold for the next 50 years and beyond. The rise of Amazon is already one of the internet era's greatest success stories, and its position at the forefront of the most exciting trends in technology suggests the growth story is just getting started.

The company's Echo smart speakers are dominating the category and give Amazon a foothold in the connected home space, and AWS looks primed to play a big role in the broader Internet of Things market. With access to a massive array of data, the company is also in position to play a leading role in artificial intelligence, and it's already an early leader in robotics. It's impossible to say what other tech innovations will change the world in the next 50 years, but there's a good chance that Amazon will have a part in them.

With its current strengths and a demonstrated penchant for deftly creating and tapping into "the next big thing," Amazon is a top growth stock to hold for the long term.