Please ensure Javascript is enabled for purposes of website accessibility
Log In Help Join The Motley Fool
Free Article Join Over 1 Million Premium Members And Get More In-Depth Stock Guidance and Research
By John Maxfield - Oct 14, 2017 at 10:11AM

The $20 billion bank from Little Rock, Ark., is getting a reputation for making overly risky loans.

Not long ago, I was talking on the phone with a well-known bank investor based in Dallas. Somewhere in the conversation, he told me he asks every banker he meets what he or she thinks about the state of the lending market. Are things getting frothy? Are banks lowering credit standards and making loans they shouldn't?

I had this discussion recently with a commercial real estate banker at the Minneapolis airport. He was visiting from a city in the Midwest, where his bank is based. He was in Minneapolis checking up on a piece of property that the bank was either going to lend on or which was already under development, in which case he would have been checking on its progress. 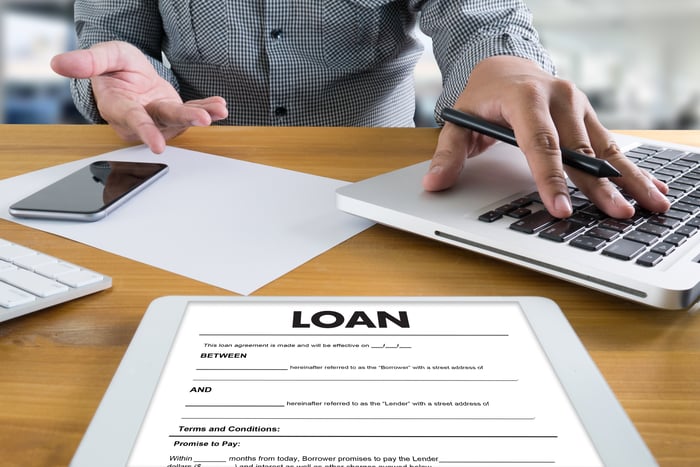 Given how much time I've spent digging into Bank of the Ozarks (OZK 0.91%) over the past couple months, and the fact that it's a major commercial real estate lender, I figured he may have run into it in the marketplace.

"Have you ever heard of Bank of the Ozarks?" I asked

"Because they make loans that we can't," he answered.

It's possible that this guy didn't know what he's talking about. It's also possible that he was just taking a swipe at a competitor. Yet my research into the biggest bank in Arkansas had long before corroborated his point. 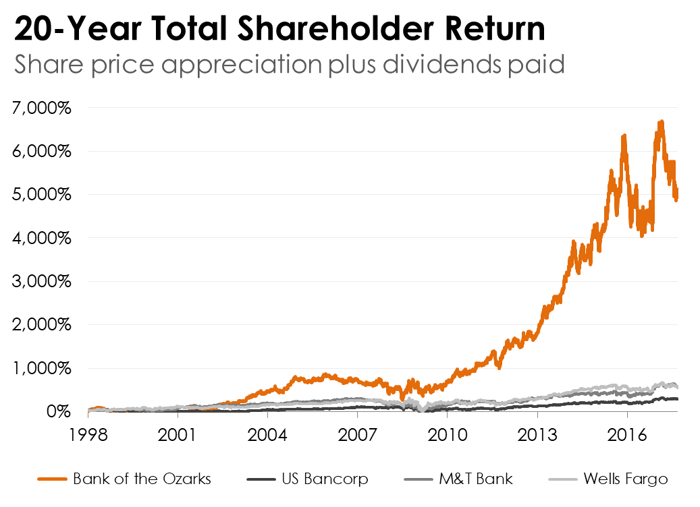 "Sometimes it seems like Bank of the Ozarks is the only show left in town, lending hundreds of millions to developers across the city amid a condo financing drought," wrote Katherine Clarke in April for The Real Deal, which covers real estate news in New York City. "Its aggressive approach has led some industry insiders to question whether the Arkansas-based lender is becoming overexposed to a downturn in the New York City condo market."

It has become a "lender of choice for developers doing the largest deals [in Chicago] right now," wrote Steve Daniels for Crain's Chicago Business in January. "The Arkansas lender has locally based competitors chattering privately about its being willing to 'stretch' to beat larger rivals or ones with local relationships."

"Despite living 350 miles west of Nashville in Little Rock, Ark., [Chairman and CEO George] Gleason and his ... Bank of the Ozarks have funneled more money into Nashville's construction boom than any lender around in recent years," wrote Meg Garner for the Nashville Business Journal in April. Even "those in the development community warn that the city has too many apartments on the market." 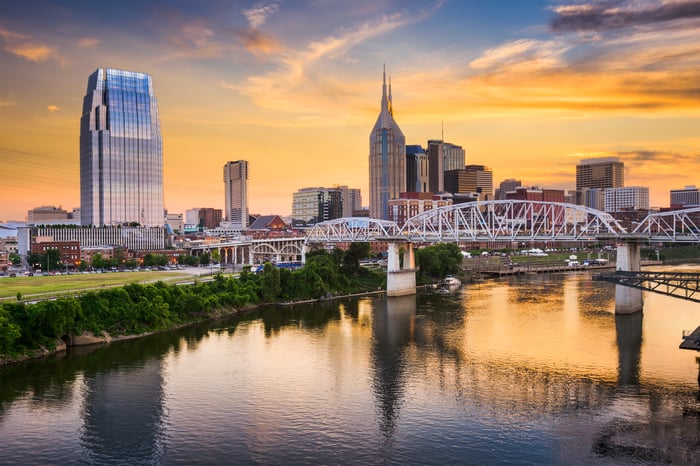 And in Miami the bank is developing a reputation as "one of the most aggressive in issuing construction loans to Miami condo developers."

Now, again, it's possible that nothing is amiss at Bank of the Ozarks, and that it hasn't dropped its underwriting standards at all. Yet it seems unusual that so many sources from so many different places would all say the same thing: that Bank of the Ozarks is writing loans that are too risky for other banks. The implication is that it could run into problems if the commercial real estate market continues on its current course.

Bank of the Ozarks responds to criticism like this by pointing to its history of risk management -- specifically to the fact that it has had a lower net-charge-off ratio than the industry each year since the bank went public in 1997. It also points to its nearly pristine credit metrics right now, as well as the fact that its commercial real estate portfolio is well collateralized, with a loan-to-cost ratio of only 49% among loans originated by its real estate specialties group.

"The extremely low leverage of this portfolio exemplifies our very conservative credit culture and is one of many reasons we have such confidence in the quality of our loan and lease portfolio," its chief administrative officer, Tim Hicks, said on the bank's second-quarter earnings call.

For Bank of the Ozarks' sake, investors should hope Hicks is right and that all of these other sources are wrong. That doesn't seem probable, but it's certainly possible.