These five metrics explain why the home improvement giant is outpacing the stock market in 2017.

Home Depot (HD 0.74%) is beating the market by a wide margin this year, which makes it one of just a few major retailers to remain in Wall Street's good graces despite the disruption being caused by e-commerce specialists. There are many good reasons why investors continue to love this business.

Let's look at a few of the biggest. 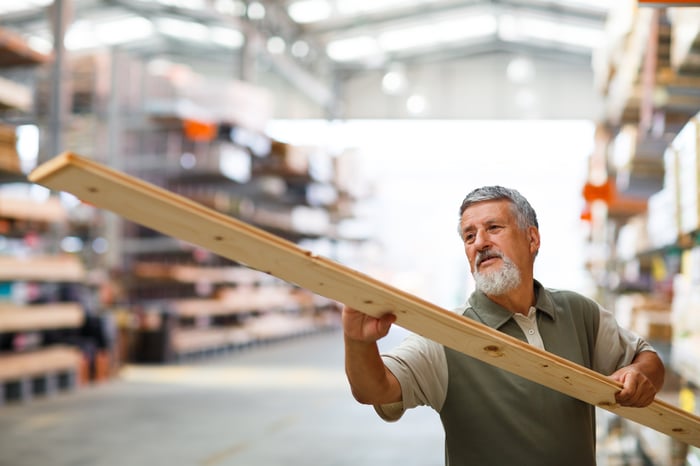 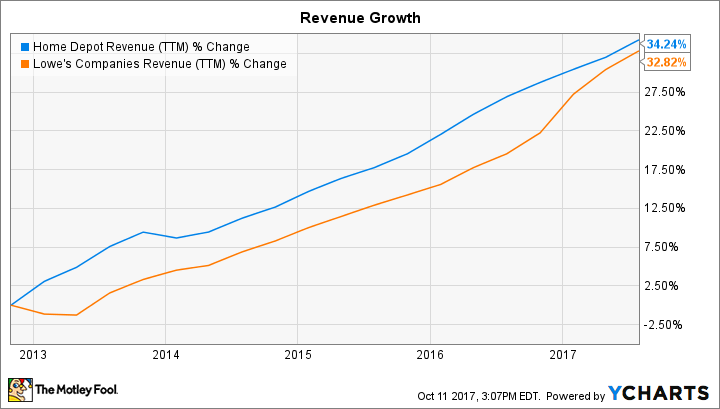 Unlike smaller rival Lowe's (LOW 1.39%), Home Depot isn't aggressively adding to its store base. In fact, it has opened just one new location in the U.S. market since 2013. Yet the retailer is beating Lowe's in overall revenue growth thanks to its stronger customer traffic.

Comparable-store sales are on track to jump by nearly 6% this year to roughly match last year's banner result. Lowe's is expanding at a much more modest 3.5% pace.

Home Depot strives to attract customers by providing good value, just as most retailers do. Yet shoppers also go to its stores in search of the best quality tools and materials for their home improvement needs. The company calls this approach "product authority," (as opposed to the "pricing authority" that a discount specialist might focus on) and it helps explain why Home Depot's profit margin is unusually high for a national retailer. 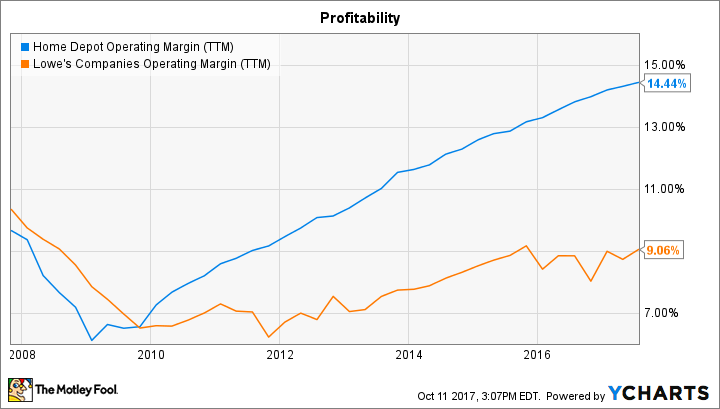 That growth has been a key factor behind Home Depot's doubling of its annual earnings over the past few years, with net income reaching $8 billion, or 8.4% of sales last year compared to $3.9 billion, or 6.1% of sales, in 2012. 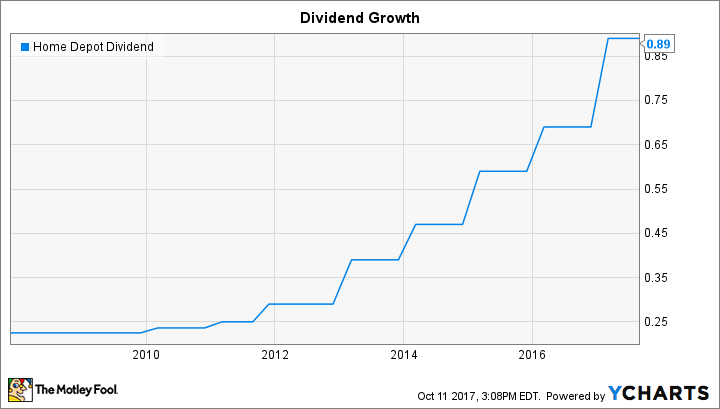 The management team is committed to a large and growing dividend payment. Home Depot's most recent raise was a 29% spike that marked the third time out of the past four years in which the dividend has grown by at least 20%. The company doesn't have nearly as long a streak of consecutive payout raises as Lowe's. However, it sends a larger portion of earnings to its shareholders, with a 55% target payout compared to Lowe's 35% commitment. 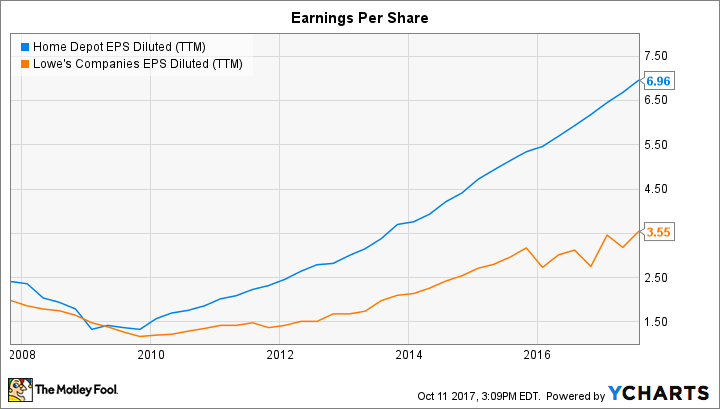 Home Depot has been an aggressive buyer of its own stock. It allocated $7 billion toward that goal in each of the last few years. As a result, earnings are growing much faster than net income on a per-share basis. They spiked 18% last year, 16% in 2015, and 25% in each of the prior two fiscal years. 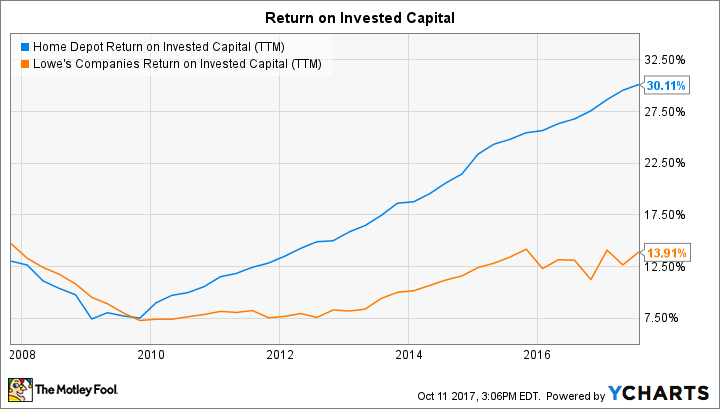 Home Depot's executive team has proven to be very effective at allocating capital. It's taken advantage of low long-term interest rates lately, for example, to raise funds that have allowed it to invest in the business while still buying back shares and increasing the dividend payment.

The company's 30% return on invested capital makes it one of the most efficient businesses on the market. Yet management's long-term plan calls for that figure to keep climbing and reach as high as 35% in 2018, at around the same time annual revenue passes $100 billion for the first time and operating margin approaches a market-crushing 15% of sales.