The graphics specialist is pulling the right strings, but the competition could eventually catch up.

Advanced Micro Devices (AMD -1.95%) has made significant inroads into the central processing unit (CPU) and the graphics processing unit (GPU) markets by taking the fight to Intel and NVIDIA. The company is now enjoying substantial market share in both of these areas, which has translated into robust revenue and margin growth. 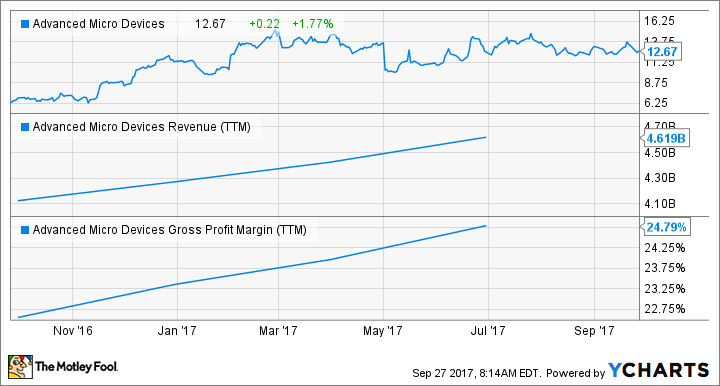 Not surprisingly, Wall Street has rewarded AMD handsomely as its shares have soared over 90% in the past year. There's one good reason to believe that AMD can sustain its impressive run -- the success of its products in the fast-growing server market. However, there's a potential hurdle to AMD's near-term success -- the failure of its Vega graphics cards. 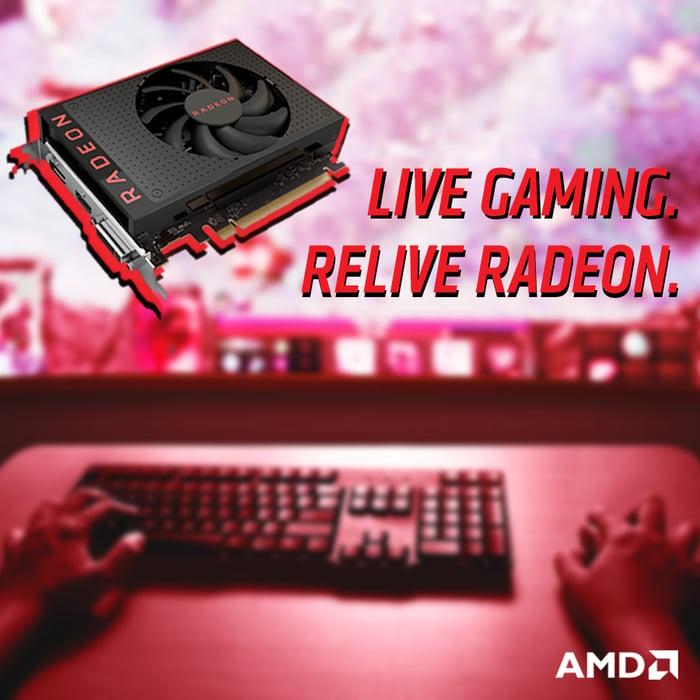 The server market could be a big deal for AMD

AMD is currently engaged in a battle for server supremacy against both Intel and NVIDIA. The company claims that its EPYC server CPUs can defeat the best of Intel's offerings in terms of efficiency and performance. It looks like data center customers have bought into AMD's claims, as EPYC launched in late June with backing from several big server players, including leading cloud service providers such as Baidu and Microsoft, which have already announced deployments of the new chips across their data center platforms. Looking ahead, AMD's EPYC chips could find their way into more servers given a strong partner ecosystem that includes Hewlett-Packard Enterprise, Dell, Samsung, and others.

Furthermore, AMD seems to have made significant headway into the Chinese data center space by roping in infrastructure providers such as Lenovo and Sugon. Additionally, the likes of JD.com and Tencent have also committed to using AMD's EPYC chips in their data centers. All these partnerships in China could be a big deal for AMD in the long run as the country's data center market is estimated to grow at 13% a year until 2021.

But AMD's gains in this space won't be limited to the EPYC server chips, since its server GPUs seem to be gaining traction as well. AMD recently scored a big win when cloud services leader Amazon Web Services announced that it will use the former's FirePro server GPUs and the multi-user GPU technology in the Graphics Design instance of its AppStream 2.0 service.

This is a big coup for AMD as Amazon has traditionally been a NVIDIA customer. In fact, Amazon uses the Tesla GPUs from NVIDIA to power the two other instances of the AppStream service.

This breakthrough in server GPUs could be a big deal for AMD as the server GPU accelerator market could be worth at least $4.5 billion in 2022, according to Ark Invest. This is almost equal to AMD's revenue in the past 12 months, which means that it can nicely boost its revenue going forward.

NVIDIA could cut AMD to size

AMD's rise has been primarily driven by the company's GPU market-share gains against NVIDIA. At the end of the second quarter, AMD had almost 30% of the GPU market at its disposal, which is a bump over the 21% share it enjoyed at the end of 2015.

AMD has managed to claw back such substantial market share from NVIDIA thanks to its strategy of selling value-for-money GPUs, which allowed it to capture a greater share of the mid- and entry-level market. But AMD might find it hard to replicate this in the premium GPU market, as its recently released Vega chips have been found to be wanting against NVIDIA.

Independent tests indicate that AMD's Vega GPUs can't significantly outperform NVIDIA's rival offerings, which were launched more than a year ago. For instance, the RX Vega 64 and the RX Vega 56 consume more power to deliver an identical performance to NVIDIA's GTX 1080 and GTX 1070. One more problem with the Vega cards is that they don't undercut the NVIDIA offerings on pricing, either, limiting their chances of succeeding in the high-end market.

Furthermore, NVIDIA is reportedly preparing a souped-up version of the GTX 1070 -- the GTX 1070 Ti -- to counter the lower-priced RX Vega 56. Leaked specs suggest that the new card could be as powerful as the GTX 1080 with a base clock speed of 1607 MHz and a boost clock speed of 1683 MHz. It could retail at a compelling price of $430 when it goes on sale at the end of October.

By comparison, the AMD RX Vega 56 has a retail price of $399, but it has a lower clock speed range of 1156 MHz to 1471 MHz. Therefore, performance-oriented enthusiasts are unlikely to have a problem in paying the extra $31 for a more powerful card.

AMD has been successfully lapped up the low-hanging fruit in the GPU market and built up its market share. The company is now looking to accelerate its growth by moving into the lucrative server space, where the likes of Intel and NVIDIA currently hold sway. But investors shouldn't be surprised if AMD stock takes a tumble as its rivals could start coming up with competitively priced products to arrest its rise.