Please ensure Javascript is enabled for purposes of website accessibility
Log In Help Join The Motley Fool
Free Article Join Over 1 Million Premium Members And Get More In-Depth Stock Guidance and Research
By Chris Neiger - Updated Oct 17, 2017 at 12:25AM

The cloud wars are getting brutal.

Alphabet's (GOOG -0.08%) (GOOGL -0.16%) Google has its sights set on taking more cloud computing market share away from the current leaders Amazon.com (AMZN 2.57%) and Microsoft (MSFT 1.12%), and it believes it can do this through its cloud-based artificial intelligence (AI) tools for developers.

But Amazon and Microsoft are bent on heading off Google's cloud computing ambitions, and last week the two teamed up to release a new, easier-to-use tool for creating AI and machine learning applications in their own cloud services. The new tool is called Gluon, and its sole purpose could be to woo developers away from Google's cloud services. 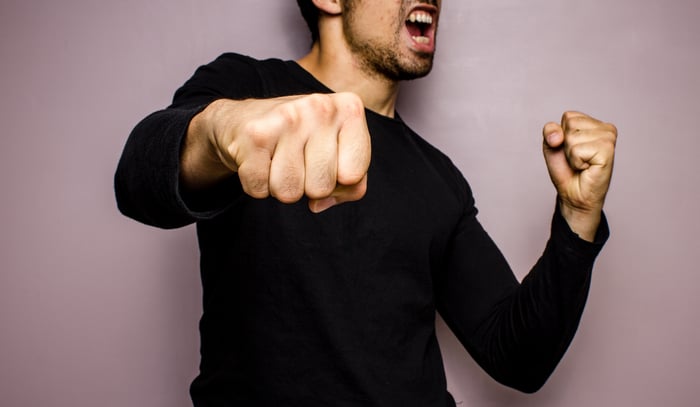 It's easy to get into the tech weeds when it comes to developer tools that are being used to build AI applications in the cloud, so let's simplify what we're talking about here.

First, Google already has its own cloud-based tool for creating apps that can learn things on their own, called TensorFlow. This is the powerful tool that allows the Google Photos app to find your beach pictures when you search for the word "beach" in the app, even if you've never set up a beach folder or tagged the pictures as beach pics.

TensorFlow is also used in other apps, including Google Search, Maps, and Gmail, and it's open for non-Google developers to use so they can make their apps smarter, too.

Both Microsoft and Amazon have their own machine learning tools as well, called MXNet and CNTK, which are available for developers to use on companies' cloud networks, but the tech giants said they've teamed up to make these tools easier to use so that they can take on TensorFlow. 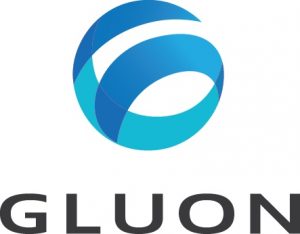 Their new AI and machine learning tool for developers, called Gluon, is also open-source, and Amazon said in a press release that Gluon is "a new open source deep learning interface which allows developers to more easily and quickly build machine learning models, without compromising performance."

Amazon, Microsoft, and Google are all trying to persuade developers to stay on their cloud networks as this market grows. Recent Gartner research shows that the total public cloud services market size, everything from hosting to advertising, will be worth $383.3 billion by 2020, up from $246.8 billion this year.

Google is using its market-leading TensorFlow tool as a gateway to bring developers into its own cloud services. TensorFlow works with Amazon Web Services (AWS) and Microsoft's cloud services, too, but many developers choose to use Google Cloud when using TensorFlow. Amazon knows this and is trying to slow down Google before Google's cloud business gets too big.

AWS currently holds 40% of the cloud computing market and generates more profit for Amazon than its retail business. This is motivating Amazon to partner up with rival Microsoft in order to keep Google's cloud ambitions at bay.

Meanwhile, Microsoft takes the No. 2 spot in cloud computing, with 11% of the market, and Google trails both Amazon and Microsoft with just 6%.

But Google made its plans very clear back in 2015, when the company's senior vice president of technical infrastructure, Urs Holzle, said the company's cloud services revenue would overtake its advertising revenue by 2020.

If Google reaches that goal, it would come at a major cost to both Amazon and Microsoft. And that's sparked the recent relationship between the two companies.

Investors can expect the cloud wars to continue raging on between these three key players, but I don't think Amazon investors have much to worry about right now. AWS dominates the cloud services market, and its lead isn't likely to fade anytime soon.

By releasing Gluon, Amazon is offering its own an alternative to TensorFlow, while supporting a rival's tool at the same time, and that could eventually help Amazon control even more of the cloud market.

Microsoft investors may want to watch Google's rise a little more closely. If Google's cloud services continue to grow, then Microsoft could be the first to fall victim to company's cloud services success. Gluon might help keep some users on Microsoft's cloud, but it can't be the tech giant's only strategy for staying ahead of Google.

Lastly, Alphabet investors should continue to look for any indication that Google Cloud is becoming a bigger contributor to the company's top line. In the most recent quarter Google's "other revenue" -- which includes cloud services -- grew by 49%, but the company will need to grow that segment much faster if it truly wants its cloud services to become bigger than advertising revenue.