Earlier this year, Facebook (NASDAQ:FB) began testing a new feature in its core service that allowed users to order food from local restaurants for delivery. As is often the case with Facebook, after testing a new idea within a small subset of its users, it rolls out that feature more broadly if the data is encouraging. The social network announced last week that it is doing just that.

The company notes that people often turn to Facebook looking for social recommendations from friends and family regarding what to eat, and Facebook has an opportunity to streamline this process by integrating ordering directly into the platform. 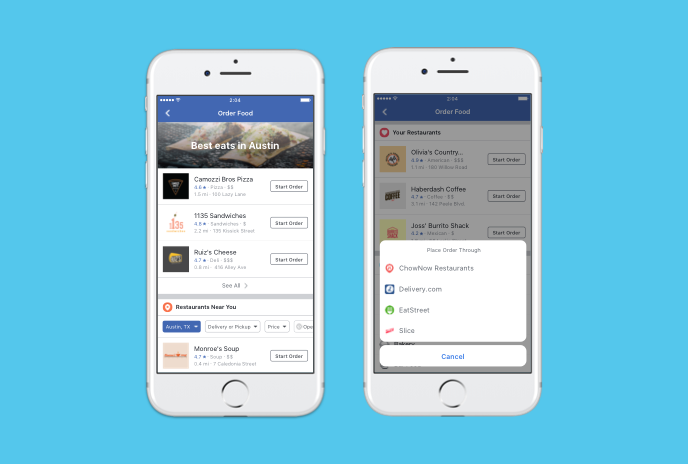 To partner or not to partner, that is the question

It's important to point out that Facebook isn't processing these orders directly, but instead partnering with existing food ordering services like Delivery.com, DoorDash, ChowNow, Zuppler, EatStreet, Slice, and Olo, as well as some popular chain restaurants. Grubhub (NYSE:GRUB) wasn't initially named as a partner, which caused shares to fall 4% on the morning of the announcement, but the leading food delivery service subsequently confirmed that it would be included on Facebook's platform.

There are probably a couple reasons why Facebook is partnering instead of building its own service. For starters, Facebook doesn't have the types of back-end ordering infrastructure or point-of-sale (POS) integrations that existing services have. For example, Grubhub's POS integration is a particularly important competitive advantage that creates efficiencies for restaurants. Building the infrastructure would require time and money, but Facebook can accelerate its timeline by simply partnering with the pros that already have experience in on-demand delivery. Additionally, like many of Facebook's other moves, this is still largely experimental, so it doesn't make sense to invest considerable development resources into something that may not be worth it in the long term. 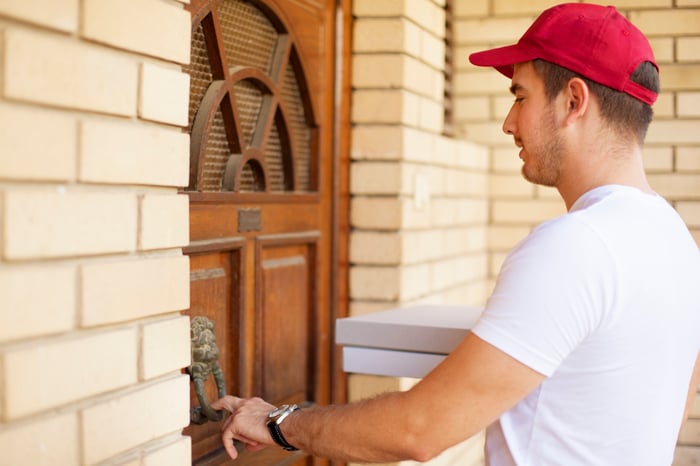 Perhaps most importantly, Facebook doesn't have to deal with the notoriously difficult logistics and operations of actually managing an on-demand delivery service itself, such as hiring drivers. The economics of on-demand delivery are merciless, which is why countless on-demand delivery start-ups (which were all the rage circa 2015) have languished or failed; funding has also dried up as many venture capitalists have walked away from the sector.

The downside of that approach is that Facebook probably isn't monetizing the service very well, if at all. Facebook's limited role in the process means it's probably not earning a whole lot, either -- and that's OK. The economics are murky, and it's not clear if Facebook is getting any cut of the transaction directly. (All of the services and restaurants have Facebook Pages and likely contribute to ad revenue in general.)

It's worth a shot to see if such a service gains much traction, but like other initiatives, the hardest part might be to "build the behavior" with consumers that are already accustomed to opening the Grubhub app rather than digging through the Facebook app to find the somewhat hidden "Order Food" section, for example. If it does, then it might eventually be worth investing in a first-party service. But it probably won't.