ZAGG (NASDAQ:ZAGG) has been one of this year's hottest stocks, and a couple of Wall Street pros see the distributor of third-party accessories for consumer electronics heading even higher. Mike Malouf at Craig-Hallum and Dave King at Roth Capital have jacked up their price targets for ZAGG stock this week, merely keeping up with shares that have more than tripled since bottoming out 11 months ago.

Malouf's update on Thursday morning takes his price goal from $16 to $23, perhaps not a surprise since the stock poked north of $16 earlier this month. However, Malouf's recent channel checks were encouraging enough for him to stick to his Buy rating on the stock despite its heady run.

King stuck to his Neutral rating on Tuesday, but he's still doubling his price target from $8.50 to $17 -- just above where the stock is at now. King feels that ZAGG's third-quarter results should exceed expectations. He also feels that ZAGG will raise its guidance when it reports in a couple of weeks, partly on the strength of anticipated gains from its mophie wireless charging base for Apple's (NASDAQ:AAPL) new iPhones. 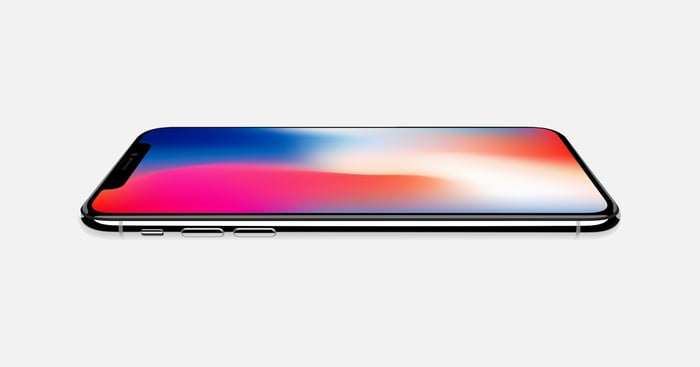 Riding coattails can be quite the ride

Analysts don't have to juice up their price targets just because a stock is heading higher. Wall Street pros can lower their stock ratings to match their performance projections. However, when you have a case like ZAGG where the fundamentals are improving along with the buoyant share price, it makes sense to move the goal posts.

ZAGG tends to fare well when Apple introduces new devices, and it roared to fresh multiyear highs following Apple's iPhone X media event. ZAGG stock has greatly outperformed Apple since last month's iPhone unveiling, up a whopping 40% compared to a slight decline at Apple. Sometimes the coattails are a better ride than the coat itself.

ZAGG was already rolling ahead of Apple's new iPhone cycle. Net sales skyrocketed 49% last year, and while all of that growth wasn't organic in light of the purchase of mobile battery case leader mophie in early 2016, we're still seeing healthy gains now that the year-over-year comparisons are level. Net sales rose 15% in the second quarter, and analysts see a chunky profit on 22% top-line growth for the third quarter that ended last month.

It's been a good year for ZAGG investors. The stock has more than doubled in 2017. If Apple is able to keep up with iPhone X demand later this month, ZAGG's future should get even rosier.