Shares of ZAGG (NASDAQ:ZAGG) have plunged today, down 19% as of 11:45 a.m. EST, after the company reported fourth-quarter earnings. The gadget accessories specialist's profit fell short of analyst expectations.

ZAGG generated $176.9 million in revenue in the fourth quarter, which was up 54% from a year ago and ahead of the consensus estimate of $167.1 million in sales. Non-GAAP earnings per share came in at $0.71, slightly below the Street's forecast of $0.72 per share in adjusted profit. Gross margin expanded to 32% and adjusted EBITDA was $35.8 million. 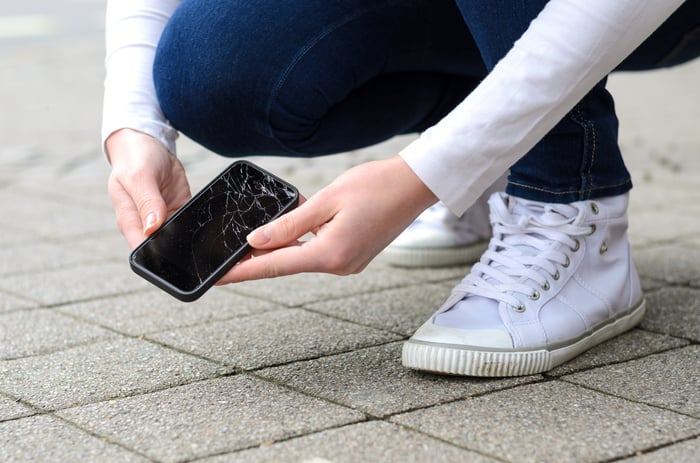 GAAP earnings per share were adversely impacted by tax reform, which required ZAGG to record a $12.4 million non-cash charge due to the remeasurement of deferred tax assets and mandatory deemed repatriation tax on foreign earnings.

"We delivered record financial results in 2017 highlighted by a very strong fourth quarter," CEO Randy Hales said in a statement. "The sales momentum we generated earlier in the year continued to accelerate during the holiday season fueled by global demand for our existing products as well as new introductions from both the InvisibleShield and mophie brands. The combination of robust top-line growth and greater operating efficiencies throughout our organization led to a dramatic increase in profitability."

In terms of guidance for 2018, ZAGG expects full-year revenue to be in the range of $550 million to $570 million, which should translate into adjusted EBITDA of $77 million to $80 million. The midpoint of that revenue outlook is below the Street's consensus estimate, which calls for $568.5 million in sales this year.