Please ensure Javascript is enabled for purposes of website accessibility
Log In Help Join The Motley Fool
Free Article Join Over 1 Million Premium Members And Get More In-Depth Stock Guidance and Research
By Daniel Miller - Oct 20, 2017 at 7:49AM

The iconic motorcycle maker beat analysts' bottom-line estimates, but a host of factors are cutting into sales and profits.

Few brands are as well-known as Harley-Davidson (HOG -1.86%), and that competitive advantage has powered the company ahead of its rivals for decades. However, motorcycle sales have softened this year, and despite its strengths, Harley has struggled as a result. Let's take a look at how industry-wide weakness impacted the company's third-quarter results, and consider if there is cause for concern. 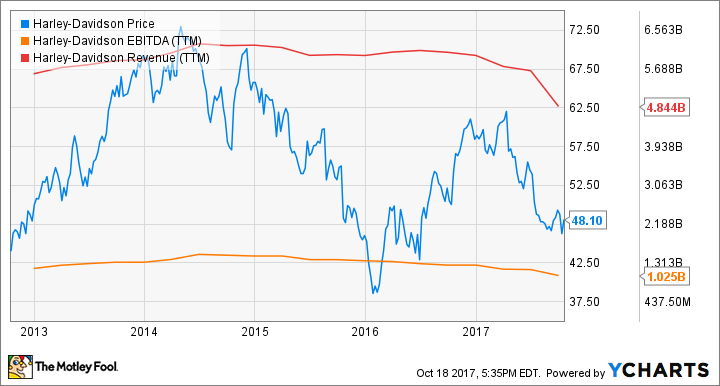 Pressure on margins was also evident. Motorcycle segment gross margin declined 480 basis points to 28.8%, and operating margin dropped 800 basis points to 2%. Harley Davidson's net income fell 40.2% to $68.2 million, and its earnings per share dropped a similar 37.5% to $0.40 per share. However, that result topped analysts' estimates by $0.01 per share.

"The continued weakness in the U.S. motorcycle industry only heightens our resolve and the intensity we are bringing to the quest to build the next generation of Harley-Davidson riders," said President and CEO Matt Levatich in a press release. "Launching one hundred new high-impact motorcycles is a critical part of our 10-year journey, and the all new Softail line-up is a significant statement of our commitment." 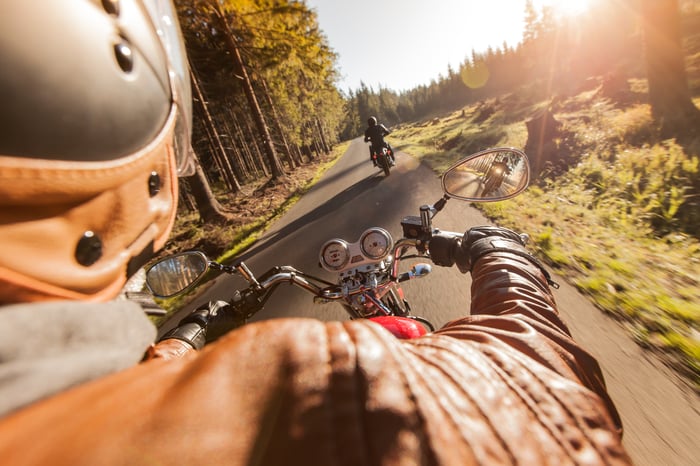 But what might be the most worrisome to long-term Harley-Davidson investors was that worldwide motorcycle retail sales dropped 6.9% in Q3, led by a 8.1% decline in the U.S. Underlying the U.S. decline was softening prices for used bikes, which gave interested buyers an even cheaper alternative to new ones. It's the eighth consecutive quarter of weak U.S. sales, and it's easy to imagine a scenario in which an aging demographic of motorcycle owners keep selling their old bikes at an increasing rate, driving used prices lower and pressuring new sales. That's a real cause for concern.

There's a lot to like about Harley-Davidson as an investment. It produces robust cash flows that enable it to pay a solid dividend that currently yields 3.12%. Its brand is over a century old, it resonates incredibly well with its core demographic, and it has a strong dealership network and a dominant U.S. market share. Despite all of those things, the aging of Harley's core customer base is cutting into its sales, revenue, margin, and profits. Now, the clock is ticking for management to find tangible ways to connect with a younger demographic -- and so far, that has proven difficult.