Call the first third of the year the off-season for the video-game industry. Publishers still put out new titles, but they save most of their biggest releases for the holiday season.

The best-selling video games of 2017 so far includes a mix of holiday holdovers and new titles that may not end up making the full-year best-seller list. This ranking also shows us that the Nintendo (OTC:NTDOY) comeback is real, as it hit the charts with a title released toward the end of the sales period.

These results come from NPD Group, as first reported by CNBC. They cover January 2017 through the end of April -- the first third of the year. NPD does not provide how many copies of each game have been sold due to its agreements with publishers, but it does share the top-10 best-selling video games of 2017 so far. 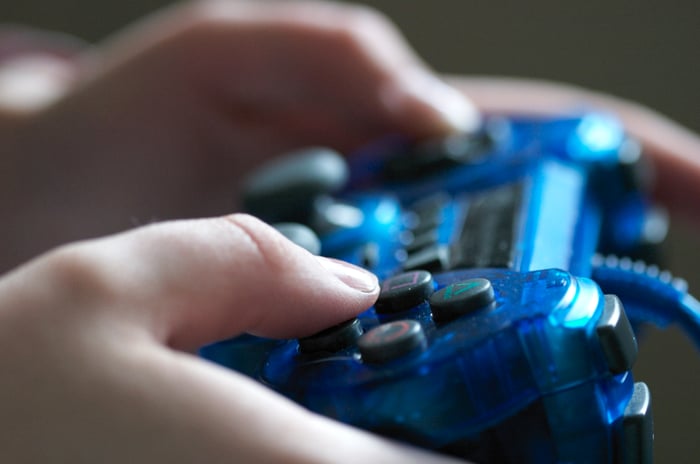 The last annual baseball title left since Electronic Arts (NASDAQ:EA) exited the space by ending production on its MVP Baseball in 2005, MLB The Show 2017 shows that America's pastime still has some life in the gaming world. This certainly isn't Madden 2018, which will almost certainly hit the top 10 for the year, but it's still a nice win for Sony.

A slow-seller by Call of Duty standards, Infinite Warfare comes in toward the bottom of this list when traditionally it would be near the top. Activision Blizzard hopes to revive the franchise, which has been a perennial best-seller, with the upcoming Call of Duty: WWII.

Take-Two joins Sony in showing that EA no longer dominates the sports game world as its once did. This game may even prove more popular than other recent installments because the publisher has partnered with the NBA on an esports league, according to CNBC.

While most games on this list are either new or from Q4 2016, Grand Theft Auto V came out in September 2013. One of the top-selling titles of all time, the game actually holds a number of Guinness Book World Records for video game sales.

Aided by being one of the few titles that can be played in virtual reality (VR) using Sony's PlayStation 4 VR headset, Resident Evil 7: Biohazzard showed the horror series still has some life. The title may also have been helped by the January 2017 release of the latest (and supposedly last) film in the Resident Evil series Resident Evil: Retribution.

EA may no longer have the sports world to itself, but it has built franchises in other areas. Mass Effect has been a well-loved series, and that sent its latest entry to strong sales through the early part of 2017.

An exclusive for Sony's PS4, this role-playing/action game had one of the strongest debuts in company history according to IGN. The game has sold 3.4 million copies as of June, and a sequel has been announced, though no release date has been set.

3. The Legend of Zelda: Breath of the Wild

The latest title in the Legend of Zelda series not only showed that the long-running title remains relevant, it also helped Nintendo regain a place in the console market. The game was one of the launch titles for the Switch, and it helped drive demand for that console. Perhaps even more impressive, both Switch and Breath of the Wild came out in March, a little more than halfway through the four-month sales period covered here.

Ubisoft actually claimed the top two spots on the charts for 2017 video game sales through April. This title, a fighting game that sets Vikings against samurais against knights, is even more impressive because it's not a sequel, nor is it based on a movie or other intellectual property.

Clancy may no longer be with us, but the author's creations continue to draw huge audiences. This game, which Ubisoft has called "the biggest open-world game it has ever made," continues that pattern. Like Legend of Zelda, this game deserves extra credit because it was released later in the sales period (March 7).

The most obvious takeaway may be that video games remain a franchise business. Six of the games on this list are sequels, while two others are sports titles -- essentially franchises. As Grand Theft Auto V shows, a strong franchise doesn't just spawn new winners -- older entrees can have staying power, driven partly by online, collaborative play.

This list also shows that while Nintendo has shown new life, Sony remains the winner in the console wars. In fact, as of April, Sony had shipped nearly twice as many PS4 units as Microsoft had sold of its rival Xbox One. Console sales are partly driven by game titles, and Sony extends its edge over Microsoft when it creates top-selling exclusives, as it has done in the early part of 2017.