On another record day for the major benchmarks, shares of Skechers skyrocketed on earnings and Celgene tumbled after discontinuing a drug trial.

Stocks rose strongly on Friday to close the market's sixth straight week of gains. The Dow Jones Industrial Average (^DJI 1.05%) and the S&P 500 (^GSPC 1.05%) both added more than half a percent to post record highs.

As for individual stocks, shares of Skechers U.S.A. (SKX -0.81%) soared after the company reported higher-than-expected profits in its latest quarter, and Celgene (CELG) tumbled after announcing it was discontinuing some drug trials for one of its most promising drug candidates. 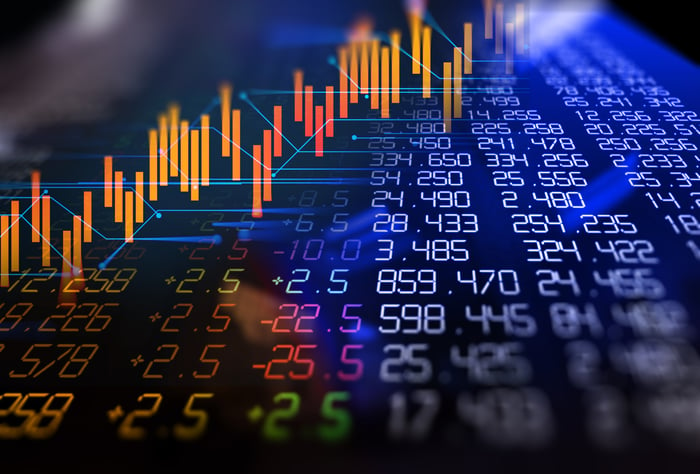 Skechers sprints ahead on a strong quarter

Shares of footwear seller Skechers took a huge leap today, gaining 41.5% after the company announced Q3 results that beat expectations for sales and blew away the company's projections for profit. Revenue increased 16.2% to $1.095 billion compared with earlier guidance of $1.05 billion to $1.075 billion, and earnings per share were up 40% to $0.59 after the company had told analysts to expect $0.42 to $0.47.

Sales growth was largely powered by the company's international business; the international wholesale channel grew sales a whopping 25.7%, and total international sales comprised 53% of revenye, up from 48% in the first half of the year. The company-owned retail business also boomed, up 18.6%, with comparable-store sales growing 3.1% in the U.S. and 4.4% overall. Domestic wholesale revenue rose 1.4%.

"Three consecutive record quarters in 2017 and continued growth across our three distribution channels, including double-digit gains in international and an additional ten stores opened in the fourth quarter to date, are a testament to the strength of our brand," said COO and CFO David Weinberg in the press release.

The profit numbers had tailwinds of a lower tax rate and stronger currencies overseas, but even without those, Skechers has been mounting a sales growth comeback from a disappointing 2016. Last quarter's results were disappointing from a profit point of view, but this quarter put all the pieces together.

Celgene saw its shares crater 10.8% today after the biotech giant announced it was discontinuing trials of drug candidate mongersen as a treatment for Crohn's disease. The company decided to stop two trials and not start a planned third one due to a risk/benefit analysis of interim results that apparently concluded the drug was not effective enough.

"Crohn's disease is a debilitating condition with few effective long-term treatment options," said President and COO Scott Smith in the press release. "While we are disappointed with the results of REVOLVE, we remain committed to advancing our portfolio of novel medicines for patients suffering from this disease and other inflammatory bowel disorders."

Industry analysis service EvaluatePharma estimated in May that the net present value of mongersen sales is $3.3 billion, so this is certainly a blow to Celgene, with revenue currently running at about $12 billion a year and expected to grow to $21 billion by 2020. But the impact may be not be as severe as it appears. Mongersen may not be a total loss, as it is in phase 2 trials for ulcerative colitis. Celgene is also testing another pipeline drug for Crohn's, ozanimod, and if that drug is successful, it may nab some of the market that mongersen would have.

Today's news disappointed investors, but long-term fans of the stock have plenty of reasons to continue to be optimistic about the many opportunities remaining in the company's extensive pipeline.