El Dorado and Caesars Entertainment are merging to create a gaming giant, and Bristol-Myers Squibb had some bad news for investors. 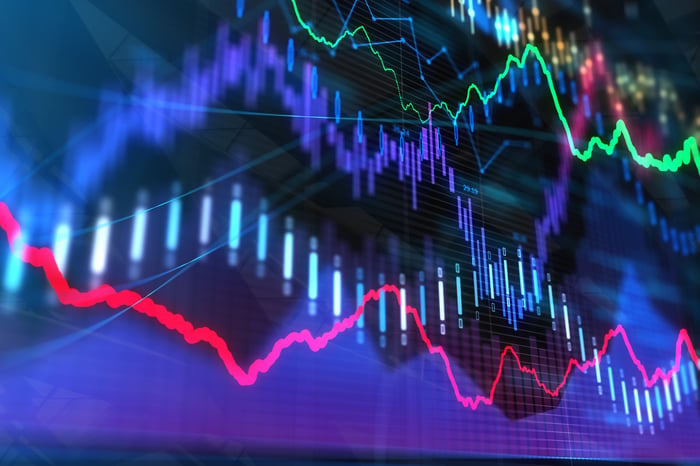 Eldorado Resorts is buying Caesars Entertainment in a $17 billion cash-and-stock deal, creating the largest owner and operator of gaming assets in the U.S. and sending shares of Caesars up 14.5% to $11.44 and those of El Dorado down 10.6% to $45.77.

Eldorado is acquiring all outstanding shares of Caesars for $12.75 apiece, consisting of $8.40 in cash and 0.0899 shares of Eldorado stock for every share of Caesars. After the transaction, Eldorado shareholders will own about 51% of the combined company. As part of the financing of the deal, VICI Properties will acquire the real estate associated with three casinos and increase rent on other Caesars properties in exchange for $3.2 billion.

The combined entity will own about 60 properties in 16 states. The companies expect to find $500 million in annual cost savings and hope to use the data from Caesars' rewards program to attract guests to properties across the portfolio. The deal was another win for billionaire investor Carl Icahn, who had been pushing Caesars to put itself up for sale.

Bad news comes in threes for Bristol-Myers and Celgene

Bristol-Myers Squibb reported a trifecta of bad news about its pending $74 billion merger with Celgene (CELG) and a drug trial, causing Bristol's shares to fall 7.4% and those of Celgene to drop 5.5%.

Responding to antitrust concerns from the U.S Federal Trade Commission (FTC), Bristol-Myers will be divesting the blockbuster psoriasis drug Otezla, Celgene's third-largest moneymaker and a significant driver of growth for the company. Celgene had recently guided to Otezla sales of $1.9 billion in 2019, representing 18% growth over the prior year. The press release also said that the merger is now expected to close "at the end of 2019 or the beginning of 2020." The companies had previously expected to close in the third quarter.

Separately, Bristol-Myers announced that a late-stage clinical trial of its immunotherapy drug Opdivo for first-line treatment of unresectable hepatocellular carcinoma (HCC) failed to meet its primary endpoint. HCC is the most common form of liver cancer and the fourth most common cause of cancer death worldwide. Opdivo is approved for treating HCC in patients who have previously had chemotherapy, and is also in trials for other lines of therapy for HCC.