Please ensure Javascript is enabled for purposes of website accessibility
Free Article Join Over 1 Million Premium Members And Get More In-Depth Stock Guidance and Research
By Keith Speights - Jun 16, 2019 at 9:00AM

The clock is ticking for Celgene's acquisition by Bristol-Myers Squibb. But is Celgene still a stock worth buying?

You've probably heard the expression, "It ain't over until the fat lady sings." For Celgene ( CELG ), the fat lady is on stage ready to belt out her solo.

Although there was some uncertainty along the way with Bristol-Myers Squibb's ( BMY 1.64% ) plan announced in January to acquire Celgene, the deal is pretty much a sure thing now. Shareholders of both companies have approved the transaction. The only real hurdle remaining is to obtain regulatory approvals for the acquisition, which shouldn't be a problem.

Within the next three months or so, Celgene's shares will no longer trade on the Nasdaq stock exchange. The biotech will be absorbed into Bristol-Myers Squibb (BMS). But is it already too late to buy Celgene stock? 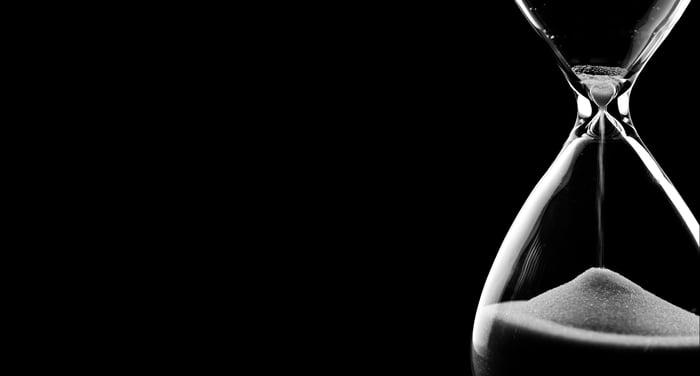 Opportunity for big gains is gone

Technically, of course, you could buy shares of Celgene right up to the point that the acquisition by BMS closes. However, the reality is that the opportunity for big gains is probably gone.

Investors who own Celgene stock stand to receive $50 in cash and one BMS share for each share of Celgene when the deal is finalized. BMS trades at a little over $47 per share. Adding the cash to be received to that amount is roughly $1 above Celgene's current share price. That gap will almost certainly shrink the closer we get to the closing date for the acquisition.

There is one potential scenario, though, that could translate to solid gains by buying Celgene right now. If Bristol-Myers Squibb stock soared, it would push Celgene's shares higher as well.

BMS does have a couple of potential catalysts on the way. The big drugmaker reports its second-quarter results on July 25. CEO Giovanni Caforio also stated in the company's Q1 conference call that results from a phase 3 study evaluating a combination of Opdivo and Yervoy as a first-line treatment for non-small cell lung cancer will be announced this summer. But the odds of a huge surge in BMS' share price probably aren't very high.

Investors do have another reason to buy Celgene stock now, though, regardless of what happens with Bristol-Myers Squibb's share price. There was a sweetener thrown into the acquisition deal. Celgene shareholders will also receive one tradeable contingent value right (CVR) for each Celgene share they own.

This CVR is worth $9 per share if the U.S. Food and Drug Administration (FDA) approves three drugs developed by Celgene -- ozanimod, liso-cel, and bb2121. The catch is that the FDA must approve all three drugs by certain dates. Ozanimod and liso-cel must win FDA approval by Dec. 21, 2020, while bb2121 must be approved by March 31, 2021.

Are these milestones feasible? I think they are. The FDA accepted Celgene's application for ozanimod in treating relapsed multiple sclerosis earlier this month with an approval decision due by March 25, 2020. BMS expects to file for approval of liso-cel later this year, which would put it on track to potentially win FDA approval before the deadline. And it intends to submit bb2121 for approval by no later than early 2020, leaving plenty of time for FDA approval by March 31, 2021.

While the timing of submissions should be fine, there's no way to be certain that the FDA will actually approve the drugs. Based on the results from clinical studies that have been announced so far, though, the prospects for Celgene shareholders getting their $9 in cash per CVR look pretty good.

Perhaps the most compelling reason why it's not too late to buy Celgene stock now is what could be in store for Bristol-Myers Squibb after the Celgene acquisition closes. BMS already claims two blockbuster drugs -- Opdivo and Eliquis -- that will likely rank among the top five best-selling drugs in the world over the next several years. These two drugs alone should help BMS deliver respectable growth.

But the addition of candidates in Celgene's pipeline should provide a nice boost to BMS' growth over the next decade. Market researcher Evaluate Pharma ranks liso-cel as the No. 4 most valuable pipeline asset in the biopharmaceutical industry. The CAR-T therapy is just one of five potential blockbusters that could be launched from Celgene's pipeline within the next couple of years, with ozanimod, fedratinib, luspatercept, and bb2121 rounding out the list.

Don't overlook the strong dividend that BMS pays, either. The dividend currently yields 3.61%. This attractive yield combined with strong growth for BMS fueled by Opdivo, Eliquis, and the drugs that Celgene is bringing to the table should enable BMS to deliver very attractive total returns well into the future.

It's not too late to buy Celgene stock at all -- as long as you hold on to the Bristol-Myers Squibb stock you get when the acquisition closes. I suspect this investment could have you singing long after the fat lady leaves the stage.